A Conservative wine brand has released a controversial promotional video that is dividing opinion between the left and right in the United States. 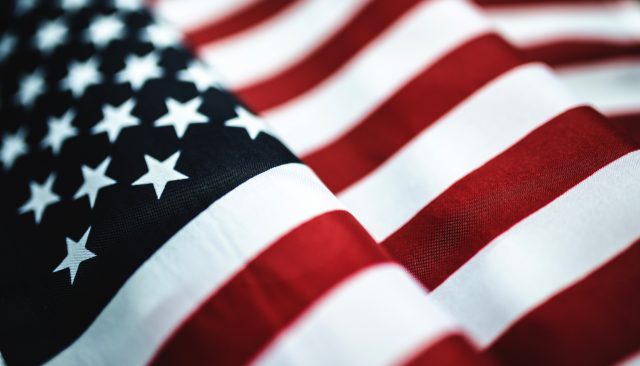 When it comes to campaign propaganda, we’ve pretty much seen it all. From senators playing beer pong and uploading their workout videos to appear more relatable, to candidates debating life-sized cardboard images of their rivals on street corners, no stone is left unturned.

Now, a controversial wine brand is polarising opinion in the US over its politicised rhetoric and advertising commercials.

We The People refers to itself as “an American brand dedicated to Conservative values.”

The brand claims its range, which includes a Californian Cab Sauv and a Californian Chardonnay, is made “for Americans by Americans” and states that its company values stand for “American exceptionalism, free markets, free people, free speech and limited government.”

A recent promotional video by the brand has cleaved a massive split in public opinion. It features a speech by former US president Ronald Regan asking “Are we doing a good enough job teaching our children what America represents?”, interspersed with footage of recent events such as the Black Lives Matter protests and a pro-choice advocate saying “If you want an abortion, get one.”

The Reagan speech goes on to suggest that an “erosion of the American spirit” could be taking place, while other clips show children twerking and a Muslim woman calling for the dismantling of the police. Military grandstanding and the nation’s sporting prowess are held forward as the pinnacle of American achievement.

Our nation and our freedom is under attack from fellow Americans. THEY claim America was “never great.” THEY demand we fall in line and stay silent.

WE the People beg to differ… and we’re here to celebrate, defend, and fight for our freedom with “We the People Wines.” pic.twitter.com/PPi8HdOqOr

Many who viewed the one minute, 43-second long video did not realise it was a wine commercial until the very end, instead believing it to be a piece of political propaganda.

The Twittersphere has reacted in binary ways, with some supporters hailing it as one of the most patriotic commercials they have ever seen, and claiming the video “juxtaposes all the troubling things we’re presently seeing in radical leftism – the wokeness, the defund the police movement, the riots, the moral decay and the effort to attack America.. .”

Others have taken a very different stance with one viewer writing on Twitter, “I love how literally the entire video takes minority democrats out of context to scare old white people.. lol.”

A portion of the profits from every sale of We The People wine is donated to causes that reflect the brand’s core values. Causes so far include the Working Warriors Foundation, which helps veterans reintegrate into civilian life after serving.