A Californian bill passed last week guarantees basic fire insurance to all agricultural properties in the state, throwing a crucial lifeline to wineries hit by soaring insurance premiums as a result of wildfires. 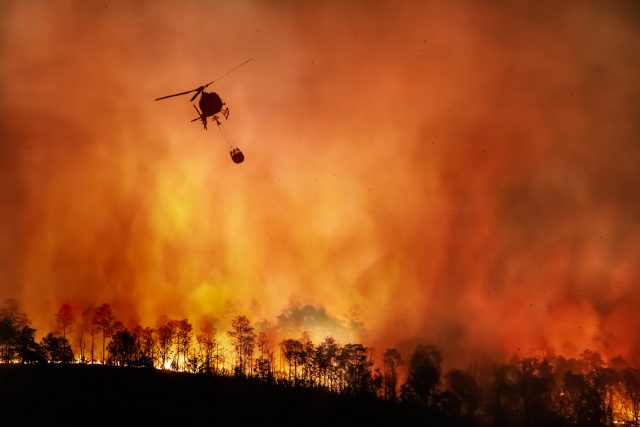 This year, California continues to suffer some of the worst wildfires in the state’s history, with thousands still being evacuated in areas such as Sacramento, where plumes of smoke are visible from 70 miles away. An inferno now known as the River Fire scorched more than 1400 acres across Placer and Nevada, with 1000 of those acres destroyed in the first two hours, according to The California Department of Forestry and Fire Protection. The Dixie Fire was so vast, chewing up a staggering 278,000 acres, that three weeks after the flames began, only 35% of the fire had managed to be contained.

The fire season is starting earlier, and finishing later than ever before. And more fires mean more risk, which has led to some winemakers seeing their insurance premiums skyrocket. Many vineyard owners are struggling to obtain insurance at all.

In light of this, last week California’s governor Gavin Newsom signed new legislation (Senate Bill 11) to amend the state’s Insurance Code. The amendment allows agricultural properties — which were previously excluded from the code — to receive property insurance under the state-run California FAIR Plan.

The plan is said to provide “basic fire insurance coverage for high-risk properties in cases when traditional insurance companies will not.”

The legislative victory is the “culmination of months of hard work led by the Farm Bureau,” Ryan Klobas, chief executive officer of the Napa County Farm Bureau, stated in a report by Food & Wine. “This is a first step that will now allow agricultural properties in Napa Valley and throughout California to access basic property insurance for wildfire coverage.”

The insurance will not become available until October, and as California is still in the middle of wildfire season, it may be little comfort as yet to winegrowers navigating the horrors of torched crops, ruined buildings and large-scale equipment loss.

CNN reported today that “Above normal significant fire potential is forecast to continue through September… with areas prone to offshore winds likely to retain above normal potential into October.”

The bootleg fire in Oregon is now the nation’s largest fire and has burned more than 400,000 acres, according to tracking site InciWeb.

Ninety-one large fires burning in the West have scorched more than 1.8 million acres in total.