Weingut Paul Schumacher in Germany’s Ahr Valley has been completely destroyed by the recent floods and all of the winery’s equipment has been damaged beyond repair. 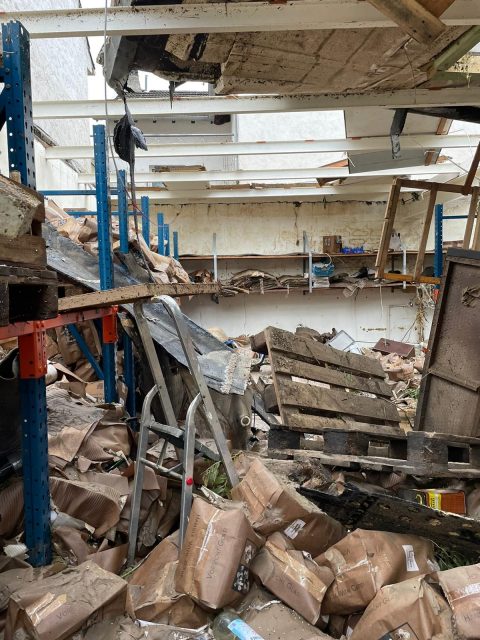 The devastation caused by the flooding was both “unprecedented” and “impossible to anticipate”, according to owner Paul Schumacher.

He told db that very few wineries had taken out insurance, as no one expected the flooding to cause destruction of this magnitude.

“There was a culture in the Ahr Valley of not taking out insurance; you have to imagine that there were floods before and they never even touched the house,” said Schumacher.

“What happened in that horrible night was so unimaginable – people didn’t have any idea that this kind of devastation could occur. Of course, there are deep regrets about that and I am sure it is keeping many people up at night.

“There won’t be anyone, in my opinion, who will not insure their homes and livelihoods after what happened. The flood also showed that things like that are possible, contrary to what people thought. It will hopefully cause a shift of attitudes in two ways: more environmental consciousness and a willingness to insure what is precious.”

Prior to the flooding, Weingut Paul Schumacher was a thriving producer of premium German wines, including a 100% Pinot Noir Blanc de Noirs sparkling. 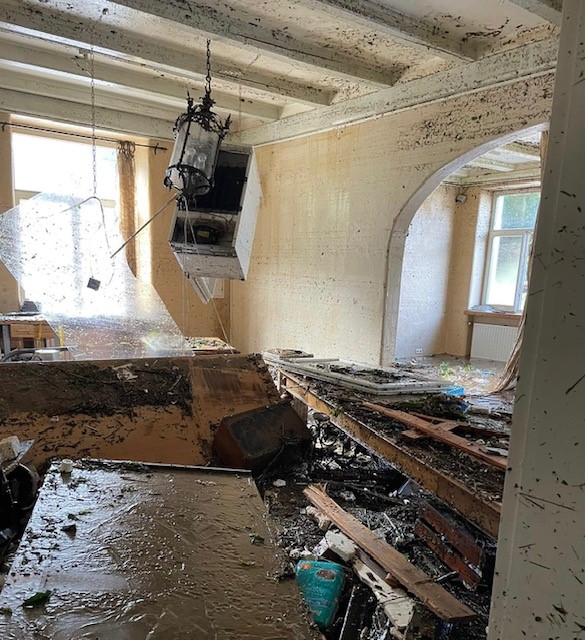 Tragically, Schumacher’s winery was completely destroyed by the floods; the roof has collapsed and all the firm’s equipment is damaged beyond repair.

“However, we were able to save some bottles and if people are generous, we might be able to lay the foundation for rebuilding our livelihood,” he said.

According to Schumacher, his high altitude vineyards were spared the brunt of the flooding, although he doubts he can afford to produce wine from the harvest come September with no facilities of their own.

“But what gives them strength is the huge support they’ve received from friends and beloved customers. Without these people, they would be lost.”

Noack told db that her family at least partially blamed the flooding on climate change.

“My parents have been ‘green’ for a few years. They use sheep to clean the weeds in the vineyards, as they are very environmentally cautious. We have had floods before, but this is a whole new level of destruction,” she said.

Donations can be made through this link: www.paypal.me/weingutschumacher

Schumacher’s wines can also be purchased and shipped to the UK via: www.weingut-ps.de