A series of aerial photographs sent to db this morning show the devastating impact of last week’s flooding in Germany on the Ahr – and why the region needs the wine trade’s help.

The natural disaster has seen up to 200 people lose their lives across Germany and Belgium, while causing extensive damage to countless individuals and businesses, with the wine producers of the Ahr Valley especially badly affected.

According to a report from the German Wine Institute, the flood waters have been particularly destructive to the wine producers of the Ahrweiler and the surrounding villages of Mayschoss and Dernau.

In these areas, barrels, wine bottles and machines, have been washed away, destroying entire wine-producing businesses and livelihoods, although the full extent of the damage on the entire Ahr region, and its 563 hectares of vineyards, will take weeks to quantify.

The managing director of the German Wine Institute (DWI), Monika Reule, was stunned by the images of the devastation and the fate of the people living there who are now struggling for their livelihoods, and has set up a bank account to accept donations of support for those affected.

The donation account is being held at the Farmers and Winegrowers’ Association of Rhineland-Nassau, which incorporates the Ahr Winegrowing Association.

Should you wish to make a donation, the details can be found below. The DWI has noted that the proceeds from the numerous aid campaigns will directly benefit the Ahr winegrowers, who urgently need money for the reconstruction of their businesses, which will certainly take a long time.

Aside from financial assistance, winegrowers from across Germany have offered support to those most seriously affected by the flooding, with growers already on site with forklifts, vineyard tractors or pumps to rescue what can be saved.

External helpers are also on duty to help with any urgently needed vineyard work in order to secure the upcoming vintage. 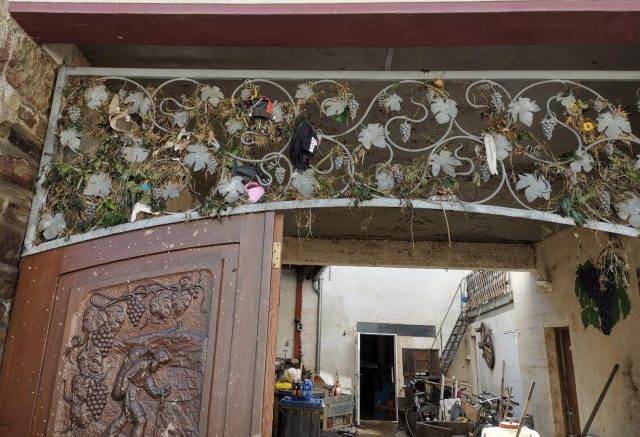