After a challenging 2020, Port producer Porto Cruz is looking forward to greeting tourists at its properties that showcase the best this popular brand – and the region in which it is located – has to offer. 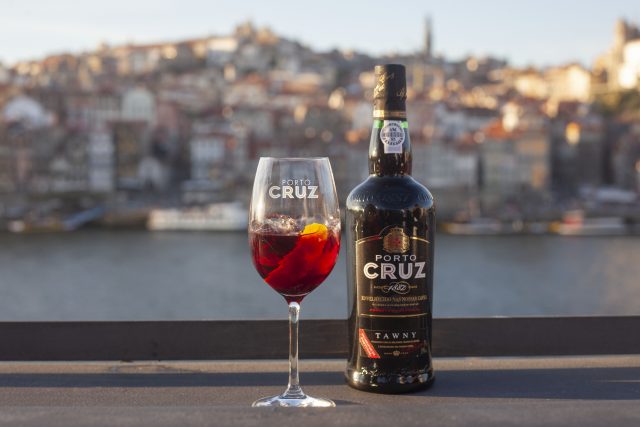 Porto Cruz, one of Portugal’s largest Port producers, is confident that despite the challenges of 2020 for tourism, Port and the country are on an upward trend. Port itself has enjoyed something of a renaissance in recent years, with consumption in countries such as Germany and Belgium showing strong growth during the pandemic, driven by the increase of consumption at home. Although this overseas activity has been profitable for Porto Cruz, in its domestic market things have been trickier.

“We already knew the importance of tourism to the Portuguese economy but, after this hard year, it highlights the big influence of tourism in Port consumption,” says Constance Descamps, the brand’s international marketing manager.

However, there is confidence that a domestic recovery will take place this summer, following the reopening of the country’s borders in early May and the lifting of many restrictions, along with further easing that is set to take place at the end of June. And as Descamps points out, the company is well positioned to welcome tourists, both domestic and international, to the region, having invested heavily there in recent years.

“Tourism provides a huge opportunity for Cruz,” Descamps says. “Last year was a very complicated one but we are confident of the coming year.”

In early 2019, the company opened its chic boutique hotel, Gran Cruz House, in Porto’s iconic Ribeira neighbourhood. This was followed more recently by the luxurious hotel at its Quinta de Ventozelo in the heart of the Douro valley.

“It is a very quiet and welcoming place to discover the Douro landscapes, the wealth of this valley, and a place where you can experiment with a lot of new things,” Descamps says.

These activities range from nature-inspired pastimes to visits to the vineyard and indulgent gastronomic experiences. The aim is to allow wine lovers to travel the length and breadth of the Douro valley, enjoying a rural retreat at the Quinta do Ventozelo, before travelling up-river past the winery at Alijo and onto the historic port of Porto, a Unesco World Heritage Site since 1996. Here, they can stay in one of the Gran Cruz Hotel’s seven bedrooms, which have been decorated by artists who drew inspiration from the brand’s icon, the Cruz ‘woman in black’ and its famous tagline – “The country where black is colourful” – and enjoy contemporary Portuguese dishes expertly paired with Port and Douro wines by chefs Miguel Castro Silva and José Guedes at the Casario restaurant.

Meanwhile, across the river is the company’s multimedia centre, the Espaço Porto Cruz. Housed in an impressive 18th century building, the centre blends contemporary art, fashion and gastronomy with the history and craftsmanship of Port. As well as a restaurant and a rooftop bar overlooking the city, where you can enjoy the company’s signature cocktail serve, Cruz Fresco, there are tasting rooms and an interactive museum, with virtual reality headsets that enable visitors to learn everything about Port. One of the new drivers of Port consumption is the Port cocktail, and the Port producer has focused on its Cruz Fresco serve in several key markets. It encourages drinkers to mix its tawny and ruby Ports with ice and a slice of citrus fruit, and its white and pink Ports with ice, tonic and a garnish of choice, in a refreshing take on a classic drink.

“We initiated this consumption a long time ago with our CRUZ Fresco! campaign, which performs very well in France, Portugal and Belgium,” Descamps says.

“The strategy since the beginning is to democratise Port consumption – it’s tasty, fresh, original and so easy to make.”

The brand is particularly active throughout the summer with the CRUZ Fresco! campaign – this year will be the fourth year it has run in Belgium, with a focus on outdoor advertising, press, social media influencers, a digital campaign, and competition, sampling, radio and even a partnership with a TV show.

However, following the recent advent of Portonic as a new regulatory approved ready-to-drink sub-category of Port, the company is looking at developing the concept. It regards the launch as having the potential to reanimate the category even further, and to help drive sales for trendier drinks consumption.

“Depending on the markets, we’ll think about developing our Portonic inspired by our CRUZ Fresco! drink strategy in a ready-to-drink format,” the company says.

This shows that despite the historic and traditional roots of Port producers – Porto Cruz dates back to 1887, having been the heir to the Assumpçao E Fos House – the category is embracing the future. Gran Cruz, the historic Port house which produces Porto Cruz is based in Portugal’s Vila Nova de Gaia, and is one of the country’s biggest producers. It is the first Port producer to ship as many as 30 million bottles a year.