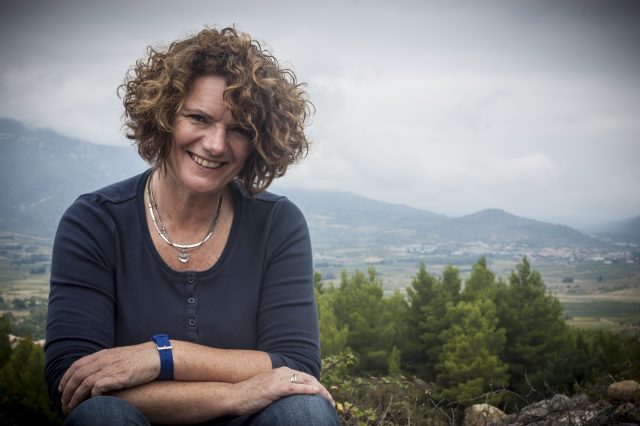 Before she bought her own vineyard in 2008, Katie Jones was the UK sales and marketing director for the Mont-Tach cave cooperative in Tuchan, Southern France, where she met husband-to-be, Jean-Marc Astruc. The fruits of their marriage bore ‘Me & Monsieur Jones’, a wine uniting Grenache from Jean-Marc’s vineyard and Syrah from Katy’s. More recent releases include an orange Macabeu, limited to just 500 bottles.

Describe your career to date?

Driven by a love for France, my first job was in Paris where I worked for a Bournemouth-based supplier of air filtration units, which needed a French speaker. I then returned to Romsey, where I began my career in the wine trade at Thierry’s – a very French firm. I finally settled in Tuchan in where I still am 28 years on. I never had a career plan; instead, I went with my gut feeling.

What are your vineyard rambles?

Each lasting fifteen minutes, my rambles occur every Tuesday and Thursday at 7:30am. You can join me via Instagram live (@domainejones). They began as a means for me to keep in touch with my parents in Ashby-de-la-Zouch. On account of the pandemic, they had to cancel their holiday to see me, so I promised to do the next best thing and take them to my vineyards virtually.

It soon became clear that other people had joined the first Instagram ramble and it grew from there. The rambles attract people who love France, wine and early morning strolls. 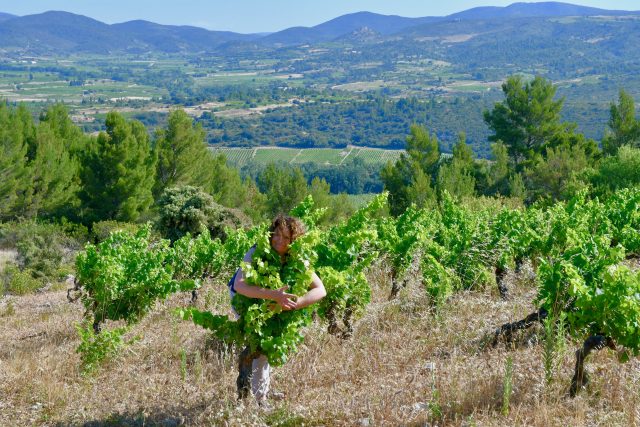 Can people interact with you?

Anyone who follows me can comment or ask questions. And I’ve had some special guests from the wine trade including: Susy Atkins, Tim Atkin MW, Helen McGinn, Jamie Goode, Joanna Simon, Olly Smith and Justin Howard-Sneyd.

How do you theme each ‘episode’?

The needs of the vineyard dictate the theme, whether it’s pruning, re-planting, ploughing or introducing recently adopted old vines. On that note, you can join our old vine adoption waiting list for the next round given the first batch sold out in under an hour (domainejones.com/adopt-a-vine). We have also tackled different historical aspects such as the wine riots of 1907.

How did you come back from the vandalism you suffered to your tanks in 2013?

We bought some rosé from a friendly neighbour after our vats were emptied and named the resulting wine, ‘Apres La Pluie’ (Sunshine after Rain) as a statement that we weren’t going to give up.

The vandalism brought us both media attention and new customers in the form of Naked Wines, who really helped us to rebuild our business and to give us moral support via their 2,500 Angels who pre-ordered 30,000 bottles in just 48 hours.

If you could give your younger self advice when starting out as a winemaker, what would it be?

Start with the marketing and work backwards.

Do you have an unusual hobby unrelated to wine?

‘Unrelated to wine’ doesn’t exist in my world…

What is the last book you read?

This Changes Everything by Helen McGinn.

How has our thirst Domaine Jones changed post Brexit?

Thankfully, the UK has developed a much greater thirst thanks to the insight our followers have gained through my live vineyard rambles.