Aber Falls Distillery in Abergwyngregyn is releasing the first whisky made in North Wales for over a century. 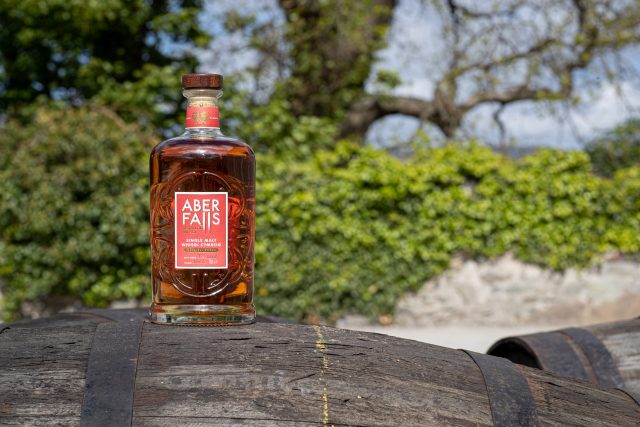 Called the ‘Inaugural Release’, the non-age statement single malt whisky has been produced using 100% Welsh malted barley and water from the nearby Aber Falls waterfall.

The spirit is distilled in copper, and is aged in a combination of American and European oak barrels, including Bourbon, Sherry and virgin oak casks. It is also matured and bottled on site.

Speaking to the drinks business ahead of the launch, managing director of the Aber Falls Distillery, James Wright, said that 2,000 bottles of the whisky will be available on 17 May.

Further releases are planned for September 2021 and spring 2022, as well as the launch of its Welsh rye whisky. 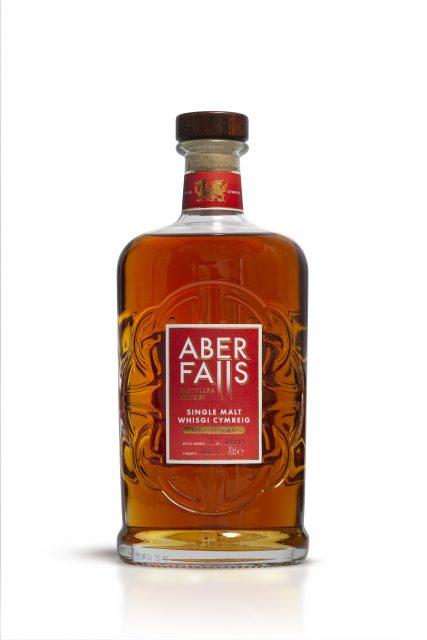 Wright told db that a set amount of the non-age declared spirit will be released each year to ensure consistency. Further down the line, the distillery is planning a series of age-statement releases.

Aber Falls also has special single cask releases planned, as well as a visitor centre exclusive and a distiller’s cut. In addition, it has partnered with the Royal Fusiliers on an official, limited release whisky called Black Flash, in reference to the regiment’s uniform, which will be unveiled at Caernarfon Castle in September.

Wright said he had already received positive feedback on the debut spirit, and had received pre-orders from markets including France, Germany, the Netherlands and Japan.

The inaugural release, bottled at 46% ABV, has a recommended retail price of £45. Wright said his aim was to be “accessible,” with future core range releases priced at around the £30 mark.

He has been working with Welsh farmers to ensure there is a sustainable crop, and thus supply, of top-grade Welsh malted barley for the future.

“We have 135 brewers in Wales and four grain distillers,” he said. “With European yields going down as it gets warmer, it makes sense to grow a crop that is pretty hardy. It’s also a win-win: with the right yield it can go into the food chain, and byproducts can also be added to the food chain.”

Wright has established a research programme with the nearby Bangor University to study different strains of barley that could be grown in Wales.

He is also keen to support the local community in other ways, as well as the wider Welsh food and drink industry through his position on the Food and Drinks Wales industry board.

A third of the newly constructed visitor centre is being devoted to other Welsh food and drink brands to encourage industry-wide collaboration and tourism. The distillery has partnered with local hospitality businesses, including The Marram Grass on Anglesey, while the visitor centre has its own in-house restaurant, bistro and al fresco dining area as well as a cinema, conference room, and gin lab.

Wright told db he has also received lottery funding to create a Welsh farmers market at the distillery site.

Dr Kirsty McCallum, master blender at Aber Falls, added: “The setting of Aber Falls is so unique, nestled between the Menai Straits and the Carneddau mountain range, offering a remote microclimate, creating the ideal conditions to influence the character of the whisky. One of the big advantages of producing whisky in Wales is having more scope to experiment with a variety of casks, and our wood strategy has also been a key contributor to the finished liquid, which we’re extremely pleased with for a three-year-old bottling.”

The Aber Falls distillery opened in 2017 on the site of a former slate works and margarine factory. It also produces a range of gins and liqueurs that are sold across the UK and beyond.

In focus: English and Welsh whisky