Despite much of Europe entering a third lockdown and the absence of international travel, share prices achieved by global drinks companies reached record highs at the start of this year. 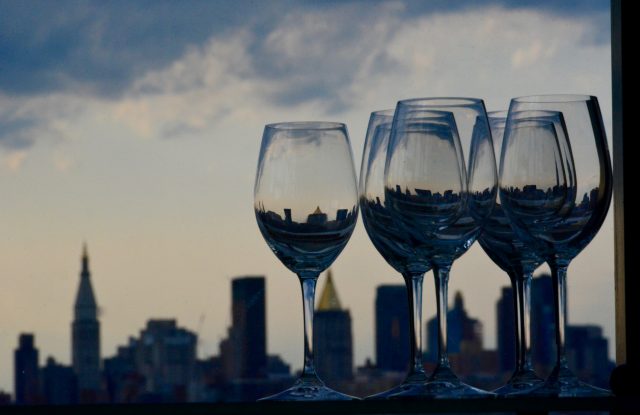 Hospitality has reopened (al fresco at least) with pubs, clubs and restaurants looking to 17 May when indoor restrictions are lifted and full trading can resume. Everyone wants a long, hot summer of booming sales.

Drinks company shareholders have been anticipating just that, despite the crippling shutdown and the absence of international travel to rekindle the duty free sector.

In the first quarter of this year the share prices of the big international alcohol companies set or moved towards new record levels despite boardroom caution about earnings, margins and profitability for the rest of this year.

With interest rates negligible for savings, money has been pouring into stock markets. Since New Year’s Day, London has put on 7% while Wall Street, boosted by President Biden’s enormous stimulus to the US economy, has gained almost 10% to hit a record high.

The average increase of the drinks businesses’ portfolio of eight international drinks stocks easily traded on the London market has risen by an average 9.5% since the turn of the year, so our notional £8,000 investment would have returned an additional £760 (without dividends) to add to the £1,000 gained in 2020.

Indeed, of the eight shares only one, Brown Forman, has lost ground, falling by nearly 10% on the company’s very cautious predictions for the rest of this year and fears that sales in Europe will be further impacted by the scheduled doubling of tariffs to 50% on bourbon in June as part of the ongoing trade spat between Brussels and Washington over steel and aluminium duties.

Should that be resolved, as both sides hope, Brown Forman’s  shares should make up some of the ground lost to the rest of the sector.

The four European-based companies, Pernod Ricard, LVMH, Remy Cointreau and Davide Campari Milano, are all at or near record highs, despite much of Europe remaining in lockdown but with loss of trade in restaurants and bars being partially replaced by flourishing off-market sales and burgeoning e-commerce.

The best performer in the past three months was LVMH (including the Moet Hennessy wines and spirits arm).  The world’s premier luxury goods empire gained a startling 15%, in the process doubling Bernard Arnould’s personal fortune to about US$150bn according to Forbes compared with the trough into which the group’s shares slumped in spring 2020.

The heady rise was partially driven by the capture of Tiffany at what some observers believe to have been a knockdown price. Others note that the wealthy have ignored the absence of travel retail during the pandemic, switching their sales online and to those LVMH boutiques open in their domestic markets.

Among the eight, LVMH is the share triggering the most anxiety should the recovery in global business falter.

Remy Cointreau is accelerating its efforts to develop from increasing demand in China, its fastest-growing market. According to China Daily Global, sales in China now top levels seen before the coronavirus pandemic struck, and its 2021 performance is predicted to surpass last year’s.

One avenue of extra growth is predicted to come from Remy Cointreau’s investment in Hainan province related to the offshore duty-free and travel markets on the tropical island.

Since last July, Hainan island, which aims to become a global free trade port, has trebled its annual offshore tax-free shopping quota from $4,570 to more than $14,000 per person, at the same increasing the range of duty-free goods on sale from 38 categories to 45, including imported spirits.

Despite China cutting off almost 40% of Treasury Wine Estates’ premium sales with the imposition of swingeing tariffs for five years to counter what it claims is Australian dumping on its market, Treasury’s shares have moved up by nearly 10% since Christmas.

Although not retreating from China entirely, chief executive Tim Ford is aggressively reshaping Treasury through revising contracts with growers, switching to other markets and selling off his low-end range in the US.

Conservative estimates suggest that it may take Treasury’s shares two years to fully recover from their highs last year but analysts note investors taking stakes to benefit over time.

Last week, Constellation Brands’ shares slipped back from their mid-February record high on Wall Street. This was not because its figures for the first three months of the year were disappointing, far from it; for the 13th quarter in succession the American group’s sales and profits exceeded predictions.

However, Constellation gave cautious guidance for the next 12 months, triggering a slide on Thursday and Friday, taking its gains since January 1 to only just above 2%.

Wall Street brokers already consider the reaction overdone not least because Constellation regularly beats its own predictions.  It is, they say, a prime mover in the Hispanic premium beer sector through Modelo and Corona for which it will bring on stream extra capacity throughout the next 18 months. It, too, has reshaped its wines division and sold off lower-end lines.

In the past quarter both Diageo and Pernod Ricard saw their shares gain strongly (by 11% and 8% respectively) as they continued to fill niches in their portfolios and take further advantage of their sophisticated data programs and e-commerce routes to market.

Some economists and analysts now fear that world stock markets could be heading for a correction. They are, they suggest, overblown and ripe to suffer setbacks as the world realises the true cost of the pandemic.

Although  Britain and the US are reopening hospitality on the back of successful mass vaccination programmes, Europe is in its third lockdown and much of the rest of the world remains closed.

That said, 2020 demonstrated that consumers worldwide continued to enjoy their drinks in changed circumstances. Alcohol has long been regarded for its defensive qualities and earnings resilience.  Producers have not been among the shooting starts of the past three months so they may yet prove steady performers for the rest of this year despite the global uncertainty.