Portuguese wine group Sogevinus has declared 2019 a vintage year for four of its ports, which will be available at the end of 2021. 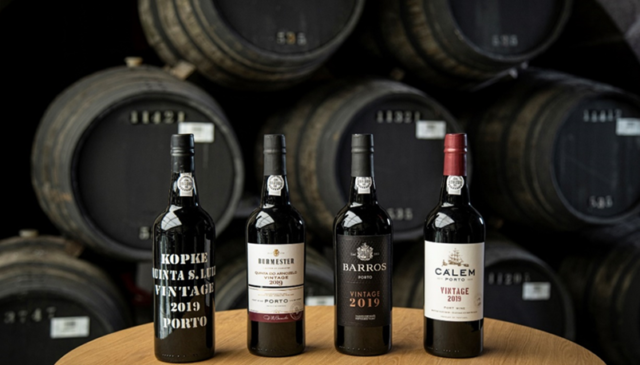 The wine group, which owns Port labels Kopke, Burmester, Cálem and Barros, has declared the launch of two Single Quinta Vintages – Kopke Quinta de São Luiz 2019 and Burmester Quinta do Arnozelo 2019 along with two Classic Vintages under its Casas Cálem and Barros ranges.

According to Márcio Nóbrega, head of viticulture at Sogevinus Fine, an important factor for achieving high quality grapes came from the unusually long ripening period in the 2019 harvest, with dry weather and moderate temperatures, which enabled a gradual maturation of the grapes.

The resulting wines had great ageing potential, he noted.

“The long period of ripening in 2019, the attention to detail in each plot and close monitoring of the grapes’ maturation, were all key factors for achieving very aromatic wines with freshness, assertive tannins and a great depth of colour, thus producing Ports with great ageing potential,” he said.

The 2019 vintages will be released onto the market in the last quarter of 2021.

“The absence of rain accompanied by high temperatures, normal in the Douro region, along with cool nights, contrasted with the excesses seen in the summers of recent years,” he said. The grapes came from the lower and middle parcels of the hill, and included Touriga Nacional, for freshness and fruit, along with a field blend of very old vines (over 80 years old) for “assertiveness and concentration”.

The “robust, full-bodied and vibrant” Cálem Classic Vintage Port, from the Douro Superior, combines a blend of Touriga Nacional, Touriga Franca, Tinta Roriz and Sousão from different plots, while Barros Porto Vintage 2019, which uses the same grapes from plots between the subregions of Low and Cima Corgow in the heart of the Douro, was described as “approachable”.