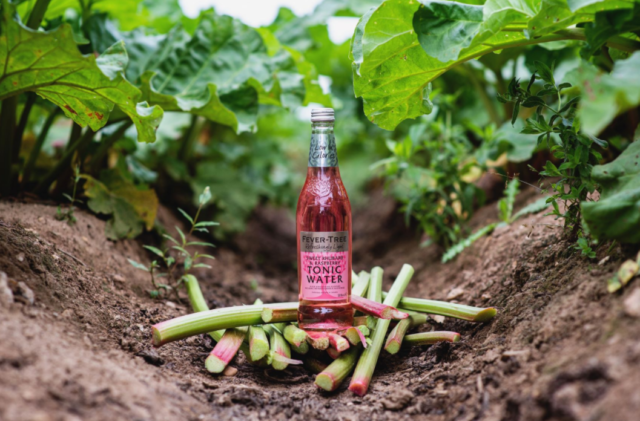 Britain is preparing to party. As soon as lockdown restrictions are lifted we are going on a £50 billion shopping spree according to research from Scottish Friendly and the Centre for Economics and Business Research.

Their recent survey found that more than a quarter of all households plan to spend at least 25% of the additional savings they have built up during the pandemic while working at home and being unable to spend on entertainment beyond their homes.

Of those who intend to splash out this year, 29% said they will spend more on eating out with a similar number intending to take UK breaks, which is good news for the beleaguered hospitality sector, especially as 19% said they would spend more than normal in pubs and bars.

While all the big drinks producers are cautiously optimistic, so far no-one has been willing to offer guidance on probable trading and profitability this year because of the continuing pandemic uncertainties.

However, Fever-Tree, the upmarket mixers producer, has no such hesitancy.

When presenting his annual results for 2020, he said: “Like everyone, we’re optimistic that things are going to open up in the second half of the year.”

As was expected after UK hospitality was much closed for much of the year, Fever-Tree’s results fell back from the spectacular progress achieved since it became a public company six years ago.

Revenues fell by just 3% to £252m while underlying earnings fell on an adjusted basis by 26% to £57m. A further sign of confidence was increasing the annual dividend by 4%.

But beyond the bald numbers are remarkably positive facts to support Warrillow’s optimism.

While the on-trade has previously accounted for about 45% of Fever-Tree’s global revenues, it benefited from the switch to home consumption during the lockdown despite the premium pricing of its mixers.

In the UK, on-trade revenues crashed by 62% but this was partially offset by a 22% rise in the off-trade, where Fever-Tree increased its “household penetration” by 7% in 2020, a trend Warrillow says has continued in the early months of this year.

Some of that momentum will slow as people return to pubs and bars but Warrillow expects off sales to “remain strong”.

The company claims it ended the year in the UK with 40.1% of the mixers category by value compared with Schweppes at about 33%.

Fever-Tree has been ideally placed to capitalise on the migration from beer and wine to spirits, no more so than in the US, where last year its performance significantly beat expectations with sales increasing by 23% to £58.5m This made it “the clear market leader”  in the premium mixer category in the grocery sector, which is itself the fastest growing area of the market.

Only launched in 2003, Fever-Tree is now sold in 75 markets around the globe and despite the obstacles thrown up by the pandemic, it achieved 1% growth in Europe last year and 58% in the Rest of the World, admittedly from a modest base.

In predicting a return to growth this year Warrillow said Fever-Tree is at the “epicentre of really significant international trends in which the long mixed drink is becoming central to the serving strategies of major spirits brands “like never before”.

In the statement accompanying the figures, Fever-Tree said that premium spirits grew their volumes at a compound annual rate of 9.2% between 2015 and 2019 and “over the next five years spirits are forecast to continue to take share from both wine and beer.”

It pointed especially to the growth opportunities in the US where spirits have increased their share of total beverage alcohol volumes from 32% to 39% over the past 10 years. This trend continued last year with household penetration of spirits outpacing beer and wine as 3.9m new US households bought spirits from retail outlets.

So with US sales last year running at just £58m – well under half what the company achieved in the UK in 2019 – the potential remains large, especially as Fever-Tree began production on the West Coast at the end of December and is planning a facility to service the eastern seaboard which is scheduled to come on stream later this year.

The shares of this comparatively young company (founded 2003) took a battering in the early days of the pandemic, falling to 935p in March, so anyone who bought then has made profits worth toasting with the price now standing at £21.40.

But that is after an almost £4 hit following the results announcement, the prediction that margins would remain squeezed this year causing nervousness.

But with Fever-Tree sitting on a net cash pile of £143m, up 12% from 2019 despite the pandemic, most brokers share Warrillow’s optimism.

The company did not furlough staff, retaining them to be ready to grab opportunities when Britain and eventually the rest of the world raises a glass to better times.