The 2012 vintage of Champagne Pol Roger’s top-end expression Cuvée Sir Winston Churchill has just been released – and we’ve tasted it. 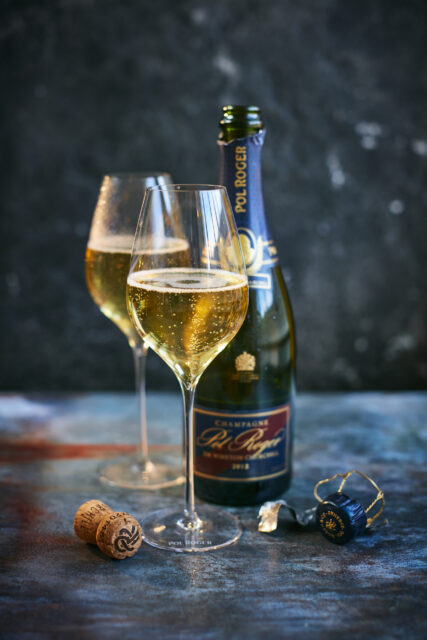 The Champagne was introduced online yesterday and will hit the shelves soon with a recommended retail price of just under £200 in the UK.

It is the nineteenth vintage released by the house since the cuvée was launched at Churchill’s birthplace, Blenheim Palace in 1984 with Champagne from the 1975 harvest.

Created in honour of the British statesman, who was a lifelong lover of Pol Roger, it is made mindful of the qualities that Churchill sought in his Champagne, which were “robustness, a full-bodied character and relative maturity”, according to the house.

While the exact blend is “a closely guarded family secret”, Cuvée Sir Winston Churchill is a made almost entirely with Pinot Noir, with a small proportion of Chardonnay, which brings “acidity and a strong backbone” to the expression that’s important for “long ageing”, according to Pol Roger president, Laurent d’Harcourt.

The prestige cuvée, which is composed of grapes sourced from Grands Crus vineyards, is made only in the best vintages, with the previous release using fruit from the 2009 harvest, and future expressions expected to include ’15, ’18, ’19 and ’20 vintages – but only if these Champagnes receive the blessing of the Churchill family, who must approve the cuvée before it is released.

It has dosage of 7g/l and comes in both 75cl bottles and magnums, and marks the first vintage of Cuvée Sir Winston Churchill to be made in Pol Roger’s renovated winemaking facilities, which Hubert de Billy, the great-great-grandson of Pol Roger, said yesterday had allowed for “greater precision” when it came to selecting the best wines for the top-end expression, comparing the process to cooking in a modern kitchen.

The Champagne has been described by the house as having “a broad and impressive nose, with “notes of Pink Lady apples, Manuka honey and lightly toasted hazelnuts.”

Having tasted the wine yesterday, here are my thoughts on the release.

As one might expect with a Pinot Noir-dominant blend, the aromatics of this Champagne feature plenty of apple-like characters, from the ripe and sweet to the firm and fresh, combined with a note of freshly brewed, creamy coffee.

It is powerful when it hits the mouth, spreading across the tongue with a full, soft, rich texture, with flavours of hazelnut, orchard fruit, and a touch of vanilla pod, before gradually tapering to a salty, chalky, gently tangy finish, with a hint of grapefruit peel, before leaving a fine dusting of tannins, giving a pleasant dry sensation. Its quality lies in its combination of a weighty texture and a taut structure, ensuring it makes a strong impression, while remaining wonderfully refreshing. It is also clearly built to last, and will doubtless reward cellaring for more than a decade, even if it is delicious right now.