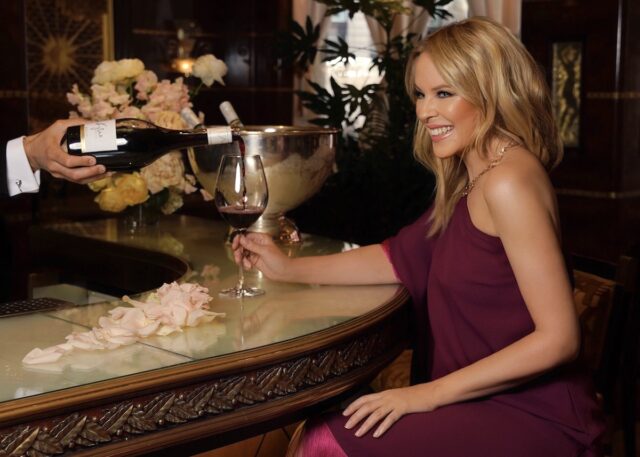 Minogue, who collaborated exclusively with London-based distributor Benchmark Drinks to launch her eponymous wine label in May, has worked with two of Australia’s best known wineries on the new additions.

Speaking exclusively to the drinks business, Benchmark’s Paul Schaafsma said that as a proud Australian, Kylie had always been “determined” to have Australian wines in the range, not only to reflect the country of her birth but also to support the local industry.

“We agreed to find a style she enjoyed through tastings and work with winemakers to find a blend,” he said. “She has a fantastic palate. She is honest that she is starting out in wine, but she knows what she likes, what taste and style she’s looking for and it’s been an absolute delight working with her.”

The idea for the Chardonnay, which is being made by Howard Park’s chief winemaker Janice McDonald, who was named Gourmet Traveller Wine Magazine’s Winemaker of the Year 2018, arose during the original rosé tastings.

“I gave her a bottle of Howard Park Chardonnay during the rosé  tasting and she thought it was the best Chardonnay she’d had in a long time and wondered if they’d be interested in working with her,” he explained. “I thought they’d love to, so we got Jeff Burch on a Zoom call with Kylie, they had a great first chat and it evolved from there,” Schaafsma added.

Once launched next year, the wine will be available from Benchmark’s direct-to-consumer site, Winedelivered.co.uk.

According to Schaafsma, the Yarra Valley Pinot Noir, which will be released later in the year, has more of a personal connection as it was created for Kylie’s parents, who live in Victoria.

“Her dad is a big fan of Pinot Noir from Yarra Valley, so she wanted to create a wine for her mum and dad,” he explained.

The wine is being made with De Bortoli Wines, with renowned winemaker Steve Webber looking after the project.

“Steve and Kylie have had various Zoom calls and tastings to look at the different styles, and they have put together a Pinot that they feel reflects her style and character,” Schaafsma said.

The inspiration to launch her own wine range was formed during “sweltering nights” drinking Provence rosé in Nashville in 2017 when Kylie was recording her 14th album, Golden, she previously told the drinks business. The singer unveiled her debut pink wine, Signature Rosé, in May 2020, with a Côtes de Provence rosé launched in August.

As reported by the drinks business in August, two further wines are being planned for the Kylie ‘Collection’, a lees-aged Sauvignon Blanc from Gascony and a Pays d’Oc Merlot.