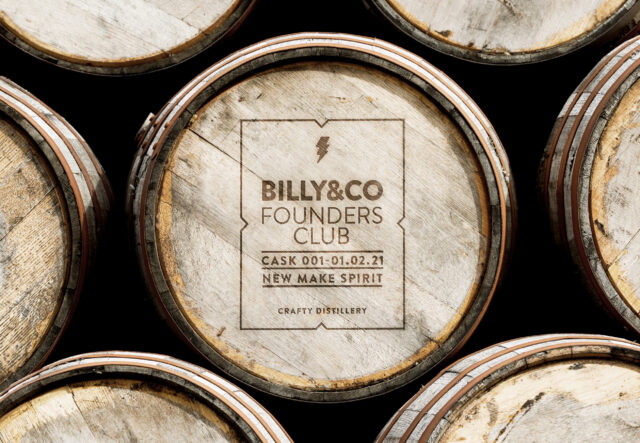 Having recently been named the Scottish Gin Distillery of the Year, Crafty Distillery is known for its innovative approach to gin. Now the company is branching out into Scotch.

Many new Scotch whisky distilleries offer founder clubs that see members spending around £500 on first bottlings that they receive in 3-10 years’ time. Crafty meanwhile, has an innovative approach that offers whisky fans the chance to play a role in the liquid’s development.

Anyone can join the club and begin nosing, tasting and sampling a host of unique aged new make spirit samples from as early as next spring.

The membership is limited to 695 people and costs £189. This includes, 17 x 5cl unique aged new make spirit samples that are sent out in six separate boxes over the course of many months. 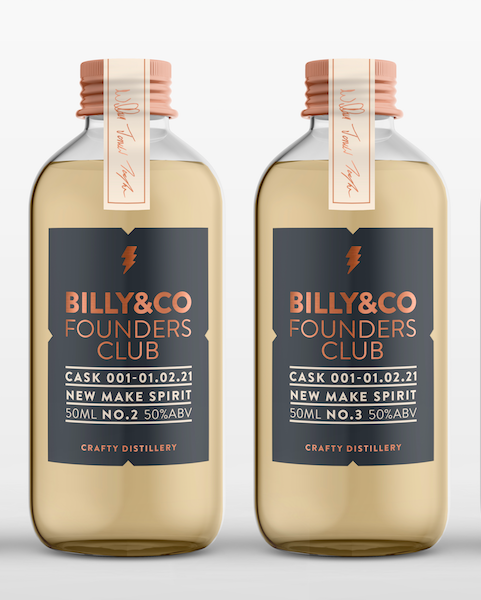 They will have regular interaction with the Crafty team, sharing their views on the different expressions. As each round is complete, the feedback goes forward to dialling in the next round until they get to the final sample.

Sample 17 will be a product of hundreds of hours of research, analysis, distilling, nosing and tasting done by hundreds of people.

“Prior to maturation, we all know that the unique tastes and aromas found in single malt Scotch whisky originate from the only three permitted ingredients; barley, yeast and water,” Craig Rankin, master distiller at Crafty Distillery, said.

“Our goal is to better understand the science and performance of varieties of barley, explore unique yeasts, the flavours they produce and the effects of all the processes and their influences. What better way to do this than explore a range of unique new make spirit samples for our founders to feedback on,” he added.

The new whisky brand is called Billy&Co. in tribute to Crafty Distillery founder Graham Taylor’s late father, who built the distillery and was a fan of single malt Scotch and it’s ability to bring people together. The tag line of the brand is: ‘Whisky for Sharing’.

“We have a reputation for innovation and for inviting our customers along on the journey, as this gives us valuable insight. We used a similar approach for our Hills & Harbour Gin, and have no doubt that this played a part in it’s continued success,” Taylor said.

“Similarly, our Founders Club members will helps us uncover a formula for Lowland single malt Scotch production that not only delivers on the traditions of what Scotch whisky deserves to be, but also takes it to another level of regionality, quality and taste,” he added.