Work has begun on a £12 million project to construct Scotland’s “first” vertical whisky distillery in the port of Leith in Edinburgh. 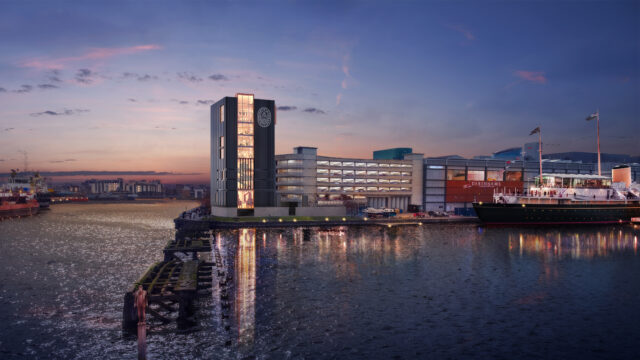 The foundations have been laid for the 40-metre high distillery, due to be constructed on the quayside near the Royal Yacht Britannia.

Due to open in 2022, the building will boast a double-height whisky bar, two copper stills and will have the capacity to produce up to one million bottles of single malt in a year.

Childhood friends and co-founders Patrick Fletcher and Ian Stirling of parent company Muckle Brig initially conceived the idea a decade ago. Plans were submitted for the distillery, which will use water from the Port of Leith harbour in the cooling process, back in 2017. In the following year, the distillery released its inaugural spirit, Lind and Lime Gin, produced in a small stillhouse in Leith, and also unveiled an oloroso Sherry sourced from Bodega Baron.

It will use the barrels from Bodega Baron to age its whisky, continuing the historical practice of storing whisky in fortified wine barrels shipped into the port of Leith.

Fletcher and Stirling have worked with Glasgow-based Threesixty Architecture to design the building, which covers just a third of an acre. The build is being supervised by constructors Colorado Group, which built the Raasay and Kingsbarns distilleries, and engineers Allen Associates. The stills are also under construction by the Speyside Cooper Works in Elgin. 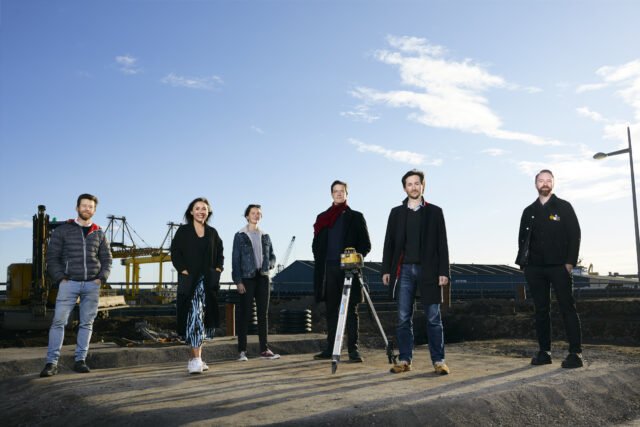 Stirling said: “Our ambition is to create an outstanding new style of Scotch using a modern approach, based on years of research we have already undertaken – and building on the remarkable heritage of the historic whisky district of Leith.”

It is hoped the project will create 50 full-time jobs once the work is completed.

Fletcher added: “Lockdown had an impact on our build programme and of course has made us look hard at our tourism projections, but in contrast Lind & Lime online has flourished. We are now selling in 14 markets worldwide and have just been selected as one of John Lewis’s ‘top gifts for Christmas’, plus we have just launched our own tawny Port for the festive market.

“It has been really important for us to learn how to make and market our own spirit and build relationships with suppliers. Although our distillery has a very modern outlook, we’re very proud to be bringing the whisky trade back to one of the places it all began.”