Henry, one of the most popular steakhouses in Hong Kong, has created a three-course pairing menu with Kinahan’s Irish Whiskey which will be available every Wednesday until the end of December. 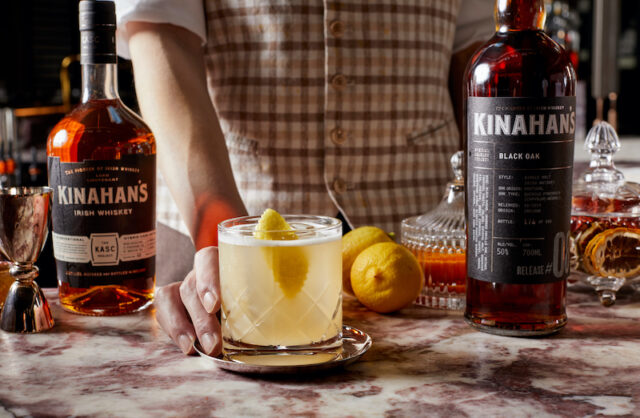 Nestled in the Rosewood Hotel Hong Kong, Henry has launched a family style sharing menu that features pairings with the world’s first and only hybrid cask whiskey, Kinahan’s Kasc Project, which is launching exclusively at the restaurant in Hong Kong.

The Irish whiskey brand was founded in 1779 and it is one of the world’s oldest brands of whiskey, historically known as “the pioneer of Irish whiskey”. It has recently been lauded for its modern-day innovations within the category.

In 2019, the distillery released The Kasc Project Whiskey, the world’s first series of whiskeys made in hybrid casks. Each cask is individually constructed from a mix of five different types of wood, including unusual oak varieties and even chestnut.

Zak Og-anian, managing director of Kinahan’s commented: “Our team is extremely proud of this collaboration. A new partnership with Henry allows us to re-imagine both food and whiskey experiences. This is so much more than just a menu collaboration, this is a hybritasation of different ideas and cultural identities to create a new experience.”

The main courses include a medley of bone-in ribeye of USDA prime Holstein from Brandt Ranch in California and a BBQ plate of seven pepper beef brisket and Snake River Farm BBQ pork belly, house bacon and andouille aausage.

These can be enjoyed with hearty Southern sides of mashed potatoes with burnt ends gravy, collard greens with pot liquor and Benton’s country ham, shiitake mushrooms with smoked soy sauce, and Charred Corn with Parmesan and harissa. The mains and sides are accompanied by a glass of Kinahan’s Hybrid Cask Whiskey and Kinahan’s Original Whiskey served neat.

For dessert, chocolate fondant with pretzel milk ice cream and cheesecake with roast figs and pistachio, washed down with a warm and heady concoction of Irish Coffee featuring Kinahan’s Whiskey, Kahlua and whipped cream.

The three-course menu is priced at HK$1,100 per guest, including the pairings with three Kinahan’s Kasc Project cocktails and whiskey.