Chile’s Las Niñas wine estate is set to launch a multi-vintage still red wine to celebrate the late wife of one of its co-founders. 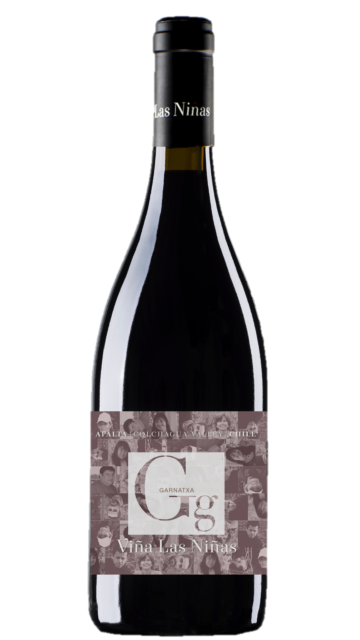 The wine, a NV Grenache, is named in honour of Germaine, one of the co-founders’ wives, who had passed away a few years ago.

Eugenio Lira, the head winemaker at Las Niñas, came up with the idea for a non-vintage red after a few years of the estate taking in interns for the harvest season.

Viñas Las Niñas uses multiple sort of grapes like Cabernet Sauvignon, Merlot, Chardonnay to produce great wines in the Valley of Colchagua, Apalta, Chili, but grows only a small amount of Grenache grapes which would usually be used in blends. Around three years ago Lira tasked them with vinifying a small amount of the wine themselves. Then, he got jealous.

“I did the vinification after a while as well. It was interesting because they were only 21 and I was 40, so our approach to winemaking is very different – they were like young couples with a newborn, looking and checking up all the time, I was more like an old father!”

As each person handling the vinatge had a different approach to winemaking, he said the results from each vintage were “different but in the end they complement each other, so I thought it could be great blended.”

The label has been designed by Germaine’s daughter, who still works with the winery today.

Lira said that part of Las Niñas’ ethos is that the founders are surrounded by “strong women”, whether it is their partners or daughters who all play a role in the business. It is this ethos that went on to inspire the label design, which depicts the wider family community around Las Niñas.