Austrian Wine Board creates ‘Summer of Wine’ in new campaign

Austria has enjoyed a “summer of wine” after the success of a new campaign to encourage stuck-at-home locals to visit the country’s wine regions, but not solely for wine, the Austrian Wine Marketing Board has said. 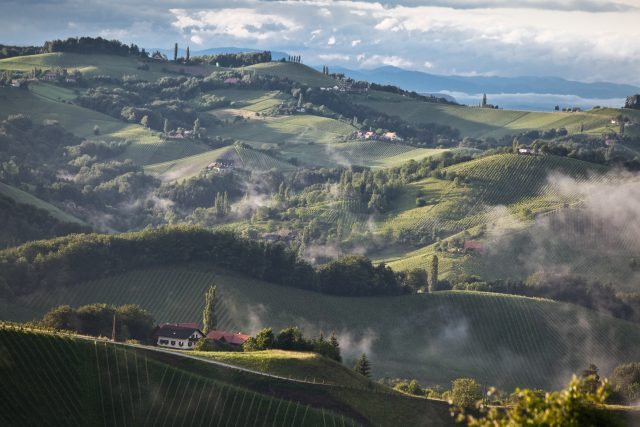 Speaking to the drinks business, managing director of the board, Chris Yorke, said the campaign, the largest ever run by the AWMB, proved wildly successful in getting Austrians to visit the country’s wine regions.

With international visitor numbers down as a result of the Covid-19 pandemic and with Austria’s eight neighbouring countries all with their own sets of restrictions to combat the spread of the virus, many Austrians found themselves at home over the summer.

Yorke explained that with the prospect of increased domestic tourism, “we wanted to give them reasons to go to the vineyards.”

Rather than approaching potential tourists surely on the basis of wine, however, the AWMB decided to present each region where wine was something that could be enjoyed in addition to other activities.

Yorke said it was important to “identify interests”. He said that their research showed that 30% of Austrian tourists “have an interest in wine and food” but only 5% of them go on holiday solely for the purpose of trying local cuisine.

“Strategically it’s an important group for our wineries,” he went on as this small section of visitors spend as much as 50% more than the average tourist per day, they go to more regions and they tend to stay longer.

Nonetheless, “they’re a small group” so the intention was to see if other groups could be pulled into wine regions based o n what else they had to offer.

As Yorke said: “Others want to hike or cycle first, others want to do a cultural trip and then do a wine region.”

The website, therefore, allowed visitors to filter the sort of holiday they wanted to do and then suggested regions that fit that activity and also was frequently updated to reflect any other local events and festivals that might be going on from one week to the next.

The campaign was backed up by radio, television, print and online advertising and was seen an estimated 70 million times.

The results proved highly successful. Yorke said that: “The outcome really was the first ever wine summer we’ve had in Austria. A lot of stuff happens from September to November in the ‘Wine Autumn’ but we’ve never had a wine summer focus and it was hard to get hotel rooms in wine regions, you had to book if you wanted to go to a cellar door. We had full restaurants and lots of sales.”

He added that, following on from the success of the campaign domestically, the AWMB was translating the website into English (with other languages to follow) as well as, “working closely with the Austrian Tourism Board and there are going to be a number of campaigns in key markets next year to drive people to Austria and then to the wineries.”