A London-based startup founded by two Dragon’s Den contestants has launched a homebrewing kit that enables craft beer lovers to produce 10 pints if lager, IPA or cider from home. 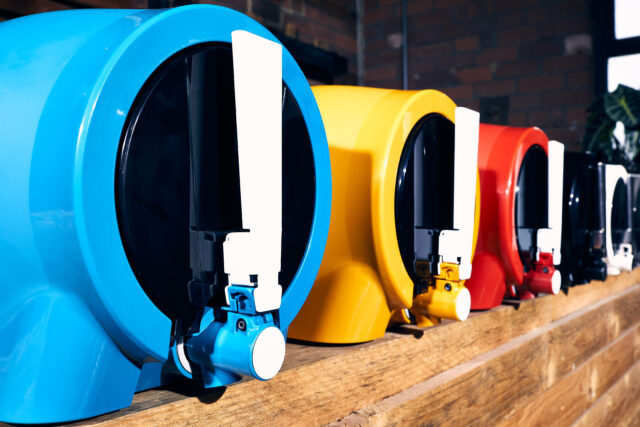 Called the Pinter, the device allows people to make up to 10 pints of beer at home, which the company claims will make it fresher than anything bottled or canned.

“The beer you drink from a can did not start life tasting that way and most people are unaware their beer has been stored for months,” it said in a press release, adding, somewhat controversially: “If it’s on a shelf, it’s not fresh.”

The Pinter’s RRP is £75, and includes two ‘Pinter Packs’ containing all the ingredients to make beer at home, which can be delivered through a letterbox and, as there is no alcohol at the point of sale, no one needs to be in to sign for it. Consumers can also sign up for a monthly subscription of £12 with the ingredients to make beer or cider, with styles including IPA, APA, lager, dark fruit cider, and cloudy apple cider.

The launch comes as the threat of hospitality businesses closing across the UK has resurfaced amid a surge in Covid-19 cases. Sales of beer in supermarkets performed particularly well while pubs and bars were closed from March to July, with brewers such as Northern Monk and SALT choosing to list in ‘Big Four’ retailers such as Tesco for the first time.

But the team behind the Pinter believe they can satisfy consumers’ demands for a fresh pint of beer in another lockdown by giving them the tools to brew it themselves.

“Before today if you wanted to experience Fresh Beer you had to visit a brewery’s tap room,” it said. “Now with the Pinter, your front room can be your taproom.”

The company, called The Greater Good Fresh Brewing Co, was originally launched as Victor’s Drinks and set up by university friends Alex Dixon and Ralph Broadbent, who were also part of the team behind Derbyshire’s Y Not Festival.

The pair appeared on Dragon’s Den with their homebrewing idea in 2014, and left with £40,000 of Duncan Bannatyne’s money in exchange for 25% of the business, but ultimately decided not to pursue a partnership with the dragon.

With festivals on hold for the forseeable future, Dixon and Broadbent are prioritising their homebrewing business once more. Victor’s Drinks became The Greater Good Fresh Brewing Co this year, and the pair launched a kickstarter campaign for the Pinter which received more than £55,000 from roughly 700 backers.

“The Pinter has taken us years to develop,” Broadbent said.

“With the Pinter we’re going to deliver a new world of fresh beer into people’s homes. Everyone would drink brewery fresh beer if they could, the Pinter now means they can.”