Valdivieso: 2020 has been ‘interesting and challenging’

Christian Sotomayor, import and export director for Chilean wine producer Valdivieso, has said that while sales have fallen by 30% during Covid-19, strong online performance is helping to mitigate losses. 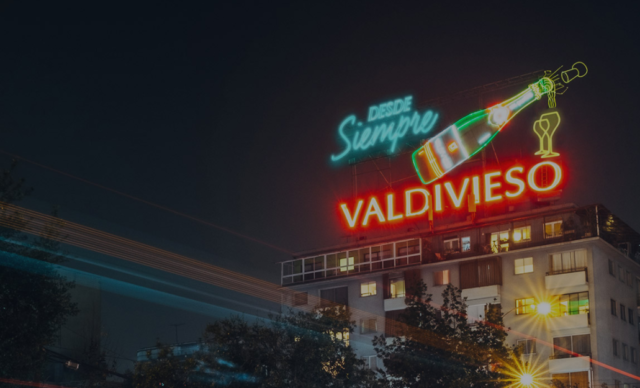 Sotomayor, who has 25 years experience in the industry, said he has never experienced anything like this.

Like other wineries in the country, Valdivieso was in the middle of harvest when Covid-19 lockdowns were imposed, and special protocols were put in place to ensure the disease was controlled.

Valdivieso has halved the number of staff working in its main office, from 160 to 80, and receives monthly checks from the national health institute.

“We’ve had special protocols in place since April and at our inspections, we’ve had a full compliance rating, both in the winery and main office,” Sotomayor said.

“It has been a very interesting exercise because it has shown us that we can do it, regardless of how bad the outlook is. I feel very proud to belong to this company.”

Shipments have fallen by 30%, a drop Sotomayor attributes to the collapse of the on-trade around the world. However, given that the business is evenly divided between the on- and off-trade, it is clear that gains have been made, which have offset losses incurred as a result of restaurant closures.

“People are more willing to trade up now,” he said. “£20-£30 is not a lot of money when you think about what you spend on wine when going out for dinner. The house wine is usually at that price.”

“Some of of our very successful distributors have been investing a lot in search engine optimisation. For some, this has been vital and they have been highly successful in growing sales online by doing this,” he added.

Sotomayor said that while the company is doing well in markets such as the UK, through Bibendum, others have been less buoyant.

“In China, most restaurants have been open since May, but people are not going to them, they’re still afraid,” he said. “The Chinese don’t tend to drink as much at home, but prefer to splash out at special events and dinner parties. The growth in online sales is not as it is in Europe, the US or even South America, it’s a completely different situation.”

Valdivieso is focusing on its premium-tier wines, and in particular the so-called ancestral varieties. Sotomayor said the company is set to release some new wines it sources from growers working in the commune of Concepción.

The bush vines, which were planted in the 1930s and 1940s, are all farmed by local families. Sotomayor said wines made from old Cinsault and Grenache vines were in the pipeline, including a rosé sparkling wine.

The producer has recently released a single variety Moscatel that has been aged on its skins in amphorae. Produced in a small limited-edition run, Tofterup said the wine will be marketed to restaurants.

“Most people that try it are very surprised and really like it,” he said. “You don’t get really high tannins from it either, through ageing they become really integrated.”