The UK’s House of Commons has made a u-turn on a policy that meant parliamentary bars would be exempt from the 10pm curfew imposed on hospitality businesses last week. 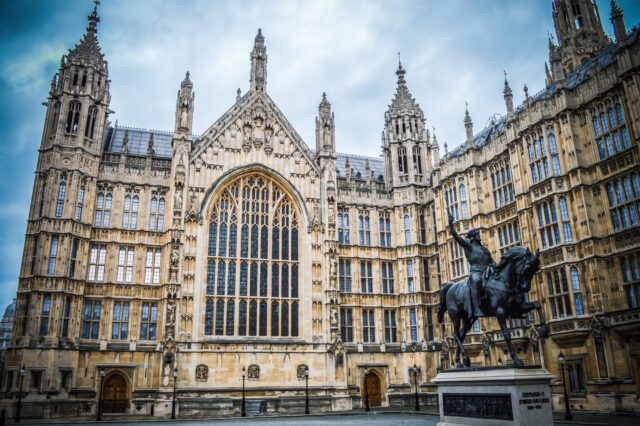 As of Thursday (24 September), pubs and restaurants have to close at 10pm as part of new rules the UK government is setting out to slow the spread of coronavirus. Boris Johnson announced the measures to the House of Commons last week.

However, it appears that the government issues one rule for the public, and another for those in public office.

Earlier today, the Times reported that bars in the House of Commons were not subject to the same curfew rules for hospitality venues as they are designated “workplace canteens”. The bars were also not obliged to take customers’ contact details, while staff and customers were also not obliged to follow stricter health and safety measures brought in last week, such as both staff and customers wearing face masks in venues.

The Members’ Dining Room, Adjournment, Smoking Room, Terrace Pavilion, Pugin Room and Members’ Tea Room are all classed as “workplace canteens” as they provide a food and bar service in Westminster.

This prompted backlash from those within the industry, particularly as they argue the 10pm curfew could mean eradicating around 50% of a bar’s weekly takings.

“After Barnard Castle I thought the leadership of this country could not become any more hypocritical,” James Watt, co-founder of craft beer and pub group Brewdog, Tweeted.

“Unfortunately I was wrong.”

“With so many lives & livelihoods on the line, our country deserves better.”

MPs themselves were similarly outraged. Tim Farron, the former Liberal Democrat party leader, said the loophole was “two fingers up” at venues following the rules, while the SNP’s Anne McLaughlin labelled it “ridiculous”.

After the news broke this morning, a Parliamentary spokesperson followed up with this statement: “Alcohol will not be sold after 10pm anywhere on the parliamentary estate.”

In a previous statement, the House of Commons authorities said the new regulations did not apply to the catering outlets “providing a workplace service for over 3,100 people working on the estate”.

“We continue to follow social distancing and cleaning measures as a Covid-secure workplace in order to reduce the transmission of the disease through social distancing signage, one-way systems, socially distanced seating arrangements, contactless payments, marshalling and additional cleaning.”

The spokesperson added: “Parliament has a dedicated team to support the test-and-trace teams across the UK, acting as a central point of contact in the event of any suspected or confirmed cases, where an individual has been working on the Estate.”