How one winery has achieved the impossible with Pinot Noir

It’s often said that it’s impossible to make inexpensive Pinot Noir that features the grape’s appealing combination of lightness and ripeness – but one producer has managed to do exactly this. 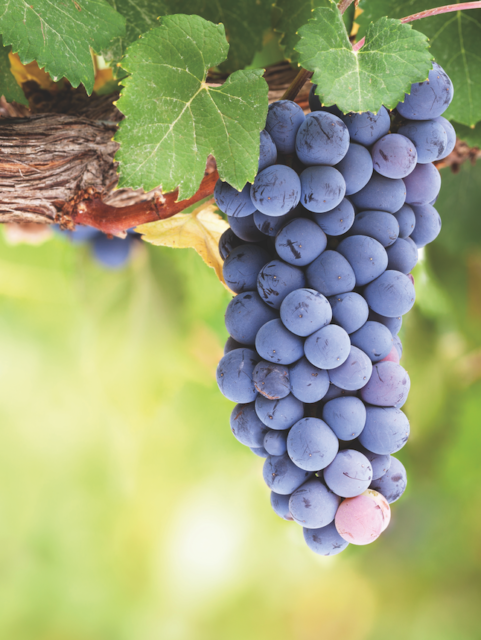 That winery is Cono Sur, a Chilean operation owned by the country’s largest wine business, Concha y Toro, and a brand that has made Pinot Noir its specialism, producing this grape at a range of quality levels, from the best-value examples on the market today to Chile’s first super-premium offering, an ‘icon’ Pinot called Ocio.

While the top-end Pinot expression from Cono Sur is an impressive example of Chile’s potential for greatness with this pernickety grape, and has gained Gold medals in The Pinot Noir Masters – which sees Pinots judged blind against the global competition – it’s Cono Sur’s entry-point sample that achieves something considered a holy grail for Pinot: a sub £10 red that would actually appeal to lovers of the variety.

And by that I mean it has the delicacy of Pinot-based reds, along with their juicy red berry fruit, when inexpensive Pinots rarely have both – sometimes they have the fleshy fruit, but not the life-giving brightness, and other times, they are gentle, but without the juicy fruit, leaving one with a thin-tasting wine.

Not only has Cono Sur managed to craft a pretty, and fleshy Pinot at a low price, but it has also managed to create a pale, refreshing and fruity inexpensive rosé from the variety too, and then, in a further first, it has released a sub £10 organic Pinot that exhibits the grape’s qualities while keeping within the constraints of organic viticulture.

So what’s the secret to these affordable, tasty Pinots? Well, following an exclusive Zoom-based interview with Cono Sur head winemaker Matías Ríos last month, it appears that it comes down to Chile’s remarkable natural climatic conditions, finding the right site, employing extremely careful vineyard management, with a particular focus on finding the perfect picking times, and then ensuring there is gentle handling in the cellar. Oh yes, and enlisting French winemaking expertise.

If this sounds simple, it’s not, and it’s taken much trial and error, as well as almost 25 years practice with Chilean Pinot.

The starting point for Cono Sur’s Pinot journey was a plot of Pinot Noir in a place called Chimbarongo, which is within Chile’s Colchagua Valley – a wine region best known for the quality of its Carmenere-based reds.

Planted in 1968, this is the oldest planting of Pinot Noir in Chile, and the grape was chosen for this area because, at the time, this was the coolest place for new plantings in the country, according to Ríos – reminding db that chillier coastal areas such as Casablanca, and later San Antonio and then Limarí represent relatively recent viticultural developments.

Now part of Cono Sur’s Santa Elisa Estate, the Chimbarongo plot of old vines became the inspiration for the winery’s focus on the grape, and its launch in 1999 of ‘the Pinot project’, as it became known.

“At that time everyone in Chile was talking about Cabernet and Merlot, so people thought we were a bit crazy, but thank god we started to do Pinot Noir,” said Ríos, looking back.

However, he admitted that the early days of Pinot making weren’t producing wonderful results, commenting that the first examples tasted more like Merlot than the Burgundian red grape – “the tannins were dry and the fruit was overripe,” he recalled.

Ríos had arrived at Cono Sur in 2003, and this was just after the winery had decided to appoint Burgundy winemaker Martín Prieur from Domaine Jacques Prieur, to help the Chilean operator perfect its Pinots.

Starting in 2001, Prieur was the first wine consultant to work in Chile, according to Ríos, and is still supporting Cono Sur today.

The initial changes concerned vineyard management, on the advice of Prieur.

These involved training the vines to make certain there was a broader distribution of the bunches for even ripening, while ensuring the leaves were protecting the berries from direct sunlight to avoid desiccation.

Next came changes to the irrigation regime, with the Pinot vines, unlike other red grapes, given water up until harvesting, as opposed to switching off the supply earlier in the growing season, as one might for varieties such as Cabernet to bring more concentration.

“While most of our red grapes need some water stress, Pinot Noir is the opposite, we must never stop [the irrigation],” said Ríos, noting that damp soils prevent acid loss in the berries, or the development of hard tannins.

Beyond this, it has been a matter of picking earlier to retain brightness, and, in the winery, managing fermentation temperatures and extraction regimes to avoid leaching harsh tannins into the wine.

Indeed, for Cono Sur’s pricier expressions, such as 20 Barrels and Ocio, everything is done by hand in the winery, with foot-crushing for the grapes, and manual punching down of the must in open top fermentors.

Then, Cono Sur has also moved into new areas for growing Pinot Noir, notably Casablanca, San Antonio and Bio Bio, all of which are cooler than Chimbarongo, but of course can’t compete with the latter region’s 40 year-old vine stock.

Overall, concerning Cono Sur Bicicleta Pinot Noir, the entry level variant, which sells for around £8 or lower in the UK – where it is the country’s best selling Pinot – Ríos says that “It is possible to make Pinot Noir at this price in Chile.”

Continuing, he states, referring to the extended dry, warm conditions in Cono Sur’s Pinot plantations, “We have the natural conditions to be able to do this, we can choose exactly the moment of harvest.”

Without any adverse weather affecting decisions on when to harvest, it does mean that Ríos must work on “picking at exactly the right moment”, which is where he puts the most effort, admitting, “one can become a bit hysterical”, while also noting that one does need to be somewhat “obsessive” when it comes to handling Pinot.

As for the nature of Pinot Noir that Chile produces, in general terms Ríos describes the country’s style as one with intensity, but softness.

As he told db, “We have a combination of ripe, silky tannins and good acidity, and we have flavours of ripe black cherries – that is the fingerprint of Chilean Pinot: ripe, sweet tannin but with fresh acidity, so the wine is balanced, and there is nothing aggressive.”