Agility and flexibility have been key to successfully navigating the problems caused by the Covid-19 pandemic, according to the winemaker of Chilean producer Survalles, Benoit Fitte. 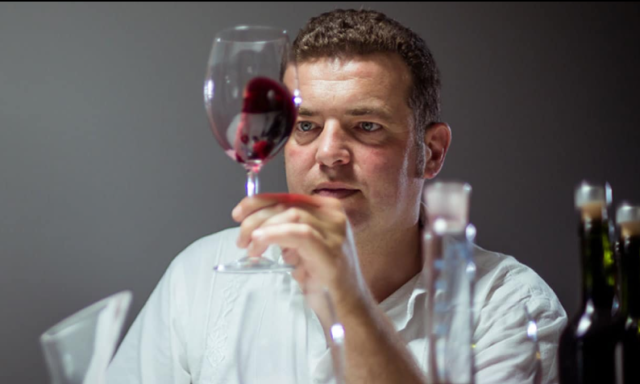 Speaking to the drinks business recently, Survalles technical director Benoit Fitte said that although they had been lucky that the pandemic had not affected production in the vineyard or winery, as the region had largely escaped the worst infection rates, there had been an effect on sales particularly of its higher end wines.

Being a ‘typical’ Chilean company producing a good mix of entry level, varietal and  iconic wins had stood them in good stead to weather the pandemic, he said, but it was very important to adapt its business focus quickly.

“Our average price is a bit more than the average [Chilean company] by a few cents but we have a mix of product,” he explained. “Generally the varietal levels are growing more in the off-trade than on-trade, in entry level we have a small [presence] in the on-trade, but the majority lies in off-trade. With the pandemic and the restaurant closed the most affected of our wines have been the high end levels.”

He explained that from February the company changed its approach realising it needed to “open its mind to the off-trade”.

“We tried to find immediately more off-trade cliennts, we pushed online, especially here in Chile, so now the majority of our sales are now online, as you can reach everyone via the internet. Outside Chile, we’ve tried to find commodity business too, finding private-label business,” he said.  “We need to sell, so we’ve been more focussed in the service [business] than the branding in the last months.”

However, although Fitte describes the current situation as “like being in a fog”, he appears confident that once things settle down, this won’t prove a permanent change.

This flexible attitude can be traced back to the 1990s, when Santiago Achurra Hernández took over the diversified winery Viña Requingua, and the fruit and dairy farm bought by his father Santiago and uncle, Santiago and Ramon Achurra Larraín, in Sierra Familigia, 200k south of Santiago in 1961. Santiago decided to focus on producing bulk wine for the international market, and dairy, producing manjar (Chile’s answer to dulce de leche) for the domestic market. Within ten years Survalles had become one of the largest bulk producers in Chile, but the decision was made to start bottling premium wines, with the launch of the Toro de Piedra range in 1999, shortly before Fitte joined the company in 2001.

As Fitte points out, with bottles retailing for around retail £50-70, a special wine needs a “singular grape from a special place”.

The first Toro de Piedra came from Lolal in Colchagua, close to the sea, where it is grown on pergolas, which Fitte says protects the Cabernet Sauvignon grapes from the high temperatures.

“This gran reserve is one of the very few gran reservas made on pergola, with barrel release stem – that is not usual in Chile to make great wines in pergola,“ he points out.

“The physiognomy of Cabernet Sauvignon is different is from the marjoity of grape varieties, it is very sensitive to high temp – when the cluster reaches more than 30degrees, the cabernet sauvignon  close its stomas to stop photosynthesis. With the pergola, there is a roof, so immediately you generate a cooler microclimate cooler so that’s been an interesting start.”

Currently there are ten wines in the range, comprising six reds, a Carménère from Maule close to the coast, a Pinot Noir, Merlot, Carignan plus three red blends, two whites, including a Chardonnay, a Sauvignon Blanc, a late harvest and a new sparkling wine.

“We try to harvest at fresh fruit maturity, beginning of optimum ripeness of the grapes, when we have enough natural acidity to make juicy wines,” Fitte explains.

“We had the sensation that the most important thing in Chile was not the soil – not as important as in France or Italy – but it is the climate that is the most important thing, particularly the temperature different and average. So we decided to develop the Carménère in Maule, close to the coast in the middle of the coastal chains. It is warm but amazing. Generally Carmenère is picked at the end of April, start of May, but we pick at the end of March every year, more than a month in advance. It’s a special place for Carmenère – a small valley, no more than 500 ha, a micro-valley so it’s a very small terroir and there we already plant 120 ha of Carmenère.”

Meanwhile the inspiration behind the whites, particularly the Chardonnay, was to make good white wines that can age. “We need the freshness, and the maturity – we don’t want another coastal, New Zealand–style white, we want our own tastes and our own style,” he said.

It has recently adding a new rosé, made from Syrah and Chardonnay pressed together and fermented in in old oak barrels, to the Toro de Piedra brand, as well as a sparkling Blanc de Blanc to its other premium range, Potro de Piedra line. Fitte, a native of Armagnac who worked at Champagne Taittinger before joining the Chilean winery in 2001, said the small-production sparkler, which has had 24 months on lees, gave the typicity of the Chilean Chardonnay, being riper than its French counterpart, smoother in the mouth but with the same complexities, and classic minerality of the Champagne.

“We have five different vintages blended, but we have 24 months after second fermentation in the bottle, contact lees and of course in the base wine we have some aged in barrels, to add more complexity to the wine,” he said.