Vodka maker Belvedere has launched its Heritage 176, a spirit drink made using a proportion of malted rye, a reference to traditional Polish distilling practices. 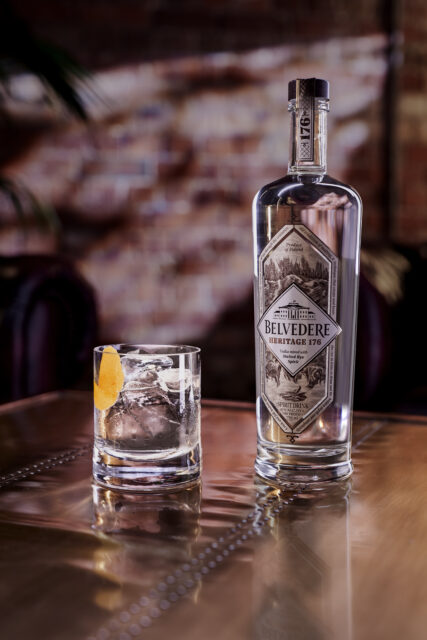 Heritage 176 is described as the “direct result” of research into Poland’s distilling heritage, according to Mike Foster, global brand ambassador for the vodka maker.

The spirit, which is a blend of 2% malted rye spirit with 98% unmalted rye, is inspired by European and Polish distilling traditions.

Foster said the final blend was the result of extensive testing. He stated that a spirit made from 100% malted rye was “too robust and lacked finesse” and that the final blend had both the desired flavour complexity and balance.

Foster said: “From our research we found that a distilling process more associated with Scotch whisky and beer making was once at the heart of Polish vodka tradition, and that is malting.”

It is thought the use of malted grain harks back to a drink known as perevera, which was consumed across eastern Europe from the middle of the 14th century. Perevera was a strong alcoholic drink made by heating mead together with beer.

Foster said it inspired the use of grain as the sole ingredient in the production of distilled drinks.

Up until the 1890s, Polish distillers made their vodka with a combination of rye and other malted grains, which resulted in a more characterful spirit.

Foster said records from the archives of the agricultural society in Warsaw revealed a close connection with Scotch distillers. Not only were Polish distillers looking to Scotland as a source of distilling equipment and farming knowledge, there was also a “large migration” of Scottish farmers to Poland. These farmers brought with them an understanding of distillation and malting practices, and many set up their own agricultural distilleries.

However, from the 1900s, the use of malted grain in vodka production began to be phased out as the distillation process was modernised, production was scaled up, and the focus was placed on neutrality.

Belvedere’s latest launch, priced at £42 a bottle, celebrates this heritage. The ‘176’ is a reference to the temperature of the kilns required to heat the rye grain to stop the germination process.

President and CEO of Belvedere Vodka, Rodney Williams, commented: “Belvedere remains committed to showcasing that rye can impart unexpected, authentic and nuanced taste. In 2018, our release of two different single estate rye vodkas based on the same strain of rye demonstrated that terroir plays a significant role in shaping rye flavours.

“Now with Heritage 176, we are continuing to display rye’s enormous potential for rich and bold flavours, this time by malting rye to bring out its depth of flavour. Heritage 176 is a new sipping vodka based an old production technique.”

According to European law, Heritage 176 is not permitted to be called ‘vodka’ but rather a ‘spirit drink’ owing to the fact that the malted rye spirit was distilled to 92% rather than the required 96% ABV.

Foster said the decision was made so that the flavour was not compromised. Asked whether he believed there was a potential for a sub category for vodka made with malted grain and distilled to a lower ABV, given its place in history, he said: “I don’t want to be brash and say we’ve created a spirit category, but we’re certainly on the way to it. It’s a niche product: there are not many vodkas in the world that use malted grain to produce a spirit. To that extent we have probably created a sub-category.

“It will be fascinating to see how it develops, and I’m quite excited to see if vodka companies try projects like this and diversify their portfolios because I think the key thing to prove is that vodka does have taste and character. If more projects like this start to come along, then hopefully we’ll encourage the rest of the distilling community to use different techniques.

“As Dick Bradsell put it: ‘vodka is the coat hanger from which you hang all the flavours in a drink’. We wanted to switch this around to make vodka the primary flavour which extenuates all the other ingredients.”

Mark Tracey, Belvedere UK brand ambassador added: “We are genuinely excited to introduce Heritage 176 to the UK and to be able to show the craftsmanship of our Polish master rye distillers through this delicious and surprising spirit that has been made with natural ingredients, using a
long since forgotten production method. Heritage 176 offers drinks enthusiasts a rye experience with a big difference – it’s supremely rich on the palate, with a flavour profile of sweet spice, honey and walnut, that goes beyond what you’d expect from a white spirit.”

Tracey recommends serving the spirit over a block of ice with a lemon twist, or alternatively in cocktails including one made with honey water and walnut bitters.

Heritage 176 will go on sale in the UK from 21 September exclusively from Amazon and Clos19.com.