Known for its Rhône-style wines, the region covers 5,774 acres (2,337 hectares) and is located in the north of the county, at the end of the so-called San Antonio Creek channel which feeds into the Pacific Ocean.

This channel carries cooling sea fog and wind inland, giving the Alisos Canyon area a large diurnal range and one of the lowest mean temperatures of the county’s AVAs.

Its soils are a combination of sand, shale and flint with a limestone streak running through the area. Elevation ranges between 750ft and 1350ft.

Also mentioned in the petition, which was written by winemaker Wes Hagen, was the fact that the region falls “perfectly within the Goldilocks Rhone Zone, a phenomenon that has proven itself true over three decades of winegrowing history in Santa Barbara,” according to Hagan.

The region is primarily planted with Rhône varieties, including Syrah, Grenache and Grenache Blanc. 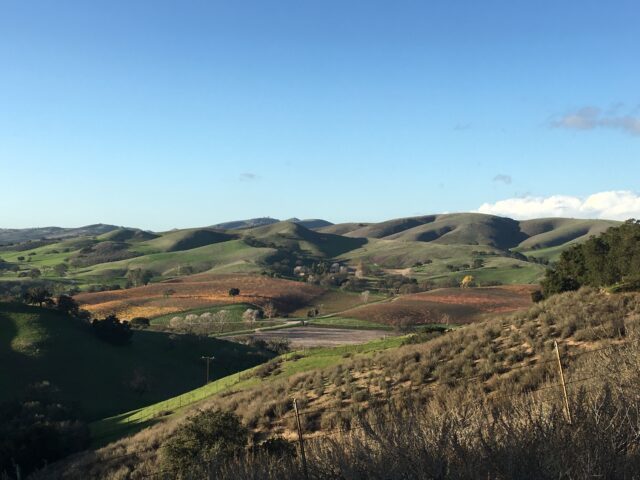 Producers in the region, which can now label their wines with the AVA, include Thompson Vineyard (Dovecote Estate), Watch Hill Vineyard, Black Oak Vineyard, Alisos Vineyard and Martian Ranch.

Alisos Canyon joins six other AVAs in the region. Santa Maria Valley, known for its cool climate Pinot Noir and Chardonnay, was the region’s first AVA established in 1981. It was only the second AVA approved in California and the third in the whole of America.

There are over 275 wineries in the county of Santa Barbara and over 70 different grape varieties planted, with the most popular being Chardonnay, Pinot Noir and Syrah.

Unlike counties in California, including Napa, Sonoma, Santa Cruz and Monterey, there are currently no fires burning in Santa Barbara.