The PR agency behind the successful campaign for Lebanese wine is launching a wine auction to raise money for victims of the recent explosion in Beirut, which killed more than 200 people, injured more than 4000, and obliterated the capital’s port. 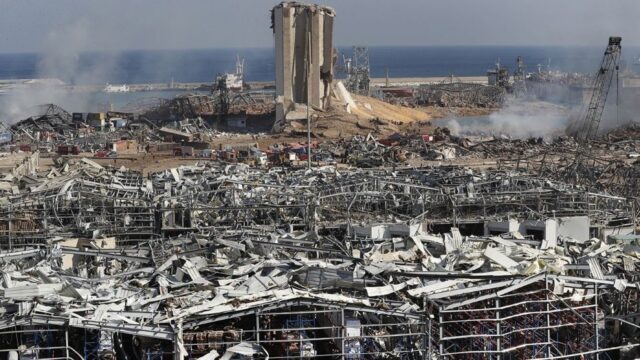 The country, which relies on its wine exports, has already been affected by a triple whammy of a popular revolution, a financial crisis, and the impact of Covid-19.

Madeleine Waters of specialist food and drinks PR consultancy co.co PR founded and ran the campaigns for Lebanese wine between 2010-14. She is now appealing to the wine trade to show solidarity with Lebanon and donate wines, Zoom tasting, special dining experience or other idea to the auction, which will take place over the bank holiday weekend, 28 – 31st August.

Waters said she had been profoundly moved by last week’s catastrophic explosion and the dire situation in which the people of Lebanon find themselves and wanted to help. She said she was inspired by Gus Gluck, co-founder Quality Wines in London, who launched an Australian wine auction in January to raise money for victims of the wildfires that raged across the country.

Wine is one of Lebanon’s highest profit exports and brings in “much needed export dollars into a country in the midst of a financial crisis”, Waters said, adding that the massive explosion in the port was likely to cause further impediments for an industry and country already suffering severe economic hardship following the financial restraints placed on bank accounts across the country since last October. International bank transfers have been banned and it is only possible for account holders to withdraw money in Lebanese Lira, which has caused consumer buying power to fall while costs, particularly of imported goods, rise.

“I know the pandemic means that all of our businesses have been deeply affected, and now is not a good time to be asking for donations. But I also know that we are incredibly lucky to live in a country whose government reaches out to help people in situations like this.  The Lebanese people aren’t so lucky,” she said.

“I would love this to all be about Lebanese wine, but that will limit what we can achieve – so I want it to be a celebration of all wine producing countries, acting in solidarity with Lebanon.”

The charities that will benefit are Impact Lebanon, a disaster relief organisation which distributes funds to vetted NGOs working on the ground in Beirut, and the fund to re-build Kamal Mouzawak’s Souk el Tayeb & Tawlet, a community kitchen and farmers’ market which supports a wide array of producers and which was badly affected by the blast.

Members of the wine trade that would like to donate wines to the auction should email Madeleine on: madeleine@weareco.co.uk

According to a 2019 BlomInvest Bank Survey with the country’s official wine producer association, Union Vinicole du Liban (UVL), Lebanon produces around 8.5m bottles a year in 2018 and exported around 50% to markets including the US. Although it has around 46 producers, with just over half (24) belonging to UVL, the country’s four largest producers –  Chateau Ksara, Chateau Kefraya, Chateau Musar and Chateau St. Thomas –  together produce around 70% of the country’s total production by volume or value?