Scottish brewer Brewdog has partnered with comedian Ricky Gervais on a limited-edition beer, with all profits going to dog rescue charities. 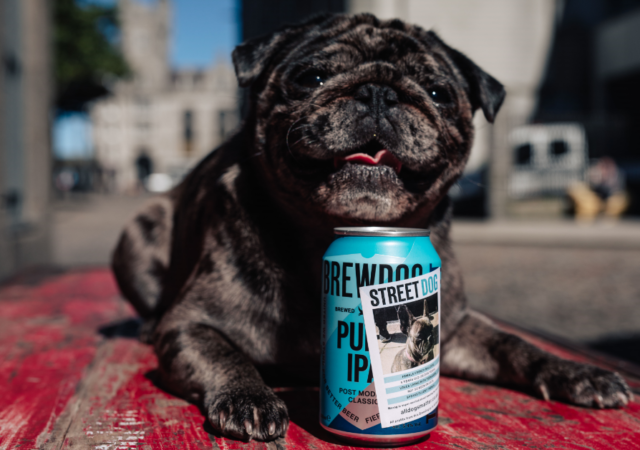 Inspired by a dialogue on Twitter, Street Dog is a limited-edition, re-branded version of the brewer’s popular Punk IPA.

The cans will feature dog adoption ads specially selected by charities All Dogs Matter and Dogs on the Streets. 100% of the profits generated from the sale of the Street Dog beer will be split evenly between the two charities.

It follows a video posted last month by The Office star in which he urged companies to donate to charity rather than shell out for celebrity endorsement.

We collaborated with the brilliant @rickygervais on a charity beer project: Street Dog.

Here he is speaking about the project.

We are helping pups find new homes and supporting @AllDogsMatter & @dotslondon with 100% of the profits.

In a video posted by Brewdog co-founder James Watt, Gervais said he had been in “secret talks” with Brewdog.

He added: “I roped in Peter Egan as well and chose a couple of charities and they’ve [Brewdog] decided to dedicate a beer called Street Dog, and all the profits…go to homeless dogs and re-homing dogs. Is that not f***ing amazing? If that was my only legacy, I’d be happy with that!”

The Street Dog cans, priced at £19.95 for 12 330ml cans, are available to pre-order for UK shipment with the delivery cost included in the price.