A study has revealed the genome sequence for phylloxera and records how the aphid-like insect, which caused widespread devastation in vineyards in the 19th century, spread from the US to Europe and further afield. 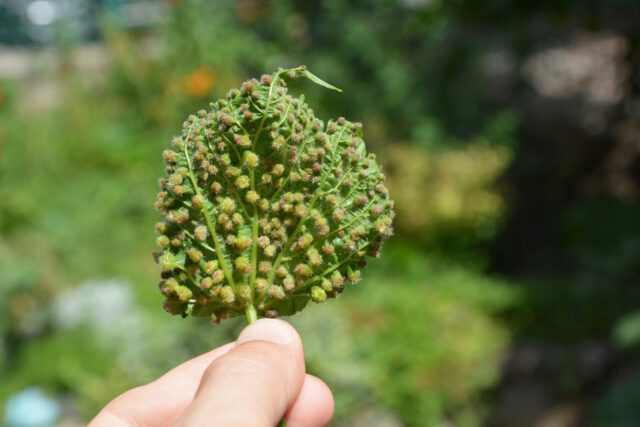 Phylloxera, which is thought to have been responsible for the destruction of around two-thirds of the vineyards in Europe, first began affecting vines in France in 1863.

The insect feeds on the vine’s roots, restricting uptake of nutrients and water and damaging the plant, leaving it vulnerable to bacterial infection. The vine is weakened and will ultimately die.

Since it was identified, viticulturists have controlled the pest by grafting vines onto rootstocks derived from several species of American vines, which have evolved to be resistant to the insect.

It was believed that the blight was accidentally introduced to Europe from the US in the 1850s.

A new study, published in the BMC Biology journal, sheds light on the origins and spread of phylloxera, and provides a detailed analysis of the insect’s genome sequence, which could have wider implications on its management in the vineyard going forward.

The study notes that phylloxera found in the upper Mississippi River basin feeding on wild vitis riparia vines is “likely to be the principal source of the invasion to Europe”.

It said the subsequent spread of the insect to parts of South America and western Australia “were the result of secondary introductions from European sources”.

According to the University of Barcelona, one of the contributors to the study, analysis of the genomic sequence of the phylloxera nuclear DNA found a total of 2,700 genes, the largest gene family ever identified in a genome.

Researchers believe the large number of genes are essential for the interaction between phylloxera and the vines.

“In the region of origin, the co-evolution between the plant and the pest [phylloxera] could have enabled the vineyards to be resistant to the insect. However, the vineyards in Europe did not have such a defense system to fight the threat of the new plague and the effectors [proteins created and secreted by the genes],” the university stated.

Researcher Alejandro Sánchez-Gracia, from the biology and biodiversity research institute at the University of Barcelona, added: “This new study is an advance in our understanding of biological invasions and the potentially disastrous consequences on agriculture, and therefore, on society and the economy.”