Napa’s Beaulieu Vineyard (BV) has celebrated the 80th anniversary of its flagship Georges de Latour Private Reserve Cabernet Sauvignon launching by releasing the 2016 vintage, and a wine glass created in collaboration with Riedel. 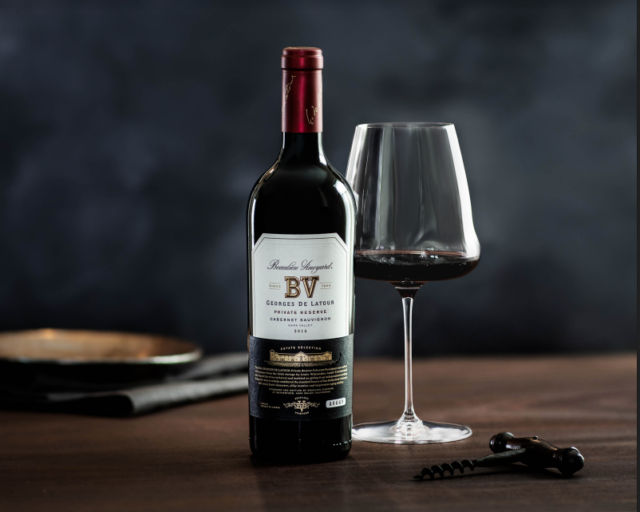 According to the winery’s tasting notes, the latest Georges de Latour Private Reserve Cabernet Sauvignon 2016 is “bursting with a bouquet of cassis, blueberry, blackberry, violet and wild sage, exhibiting the extraordinary concentration, depth and elegance of this superior vintage.

In honour of the 80th anniversary release, the winery worked with Riedel to create a new custom glass for Georges de Latour.

A workshop was held in Napa, which included an expert panel led by chief winemaker Trevor Durling. The panel tasted current and past vintages of the wine in twelve glasses selected for consideration.

The Riedel glass features a wide bowl and a tapered, narrow rim that allows aromas to focus at the top of the glass. Durling describes it as a ‘decanter on a stem’.

From now until 27 July, Hong Kong’s wine lovers will have a chance to receive a free pair of the Riedel wine glasses when they buy two bottles of Beaulieu Vineyard Georges de Latour Private Reserve at Watson’s Wine.

BV wines have been served by numerous American presidents at White House State dinners to foreign dignitaries and royalty since the 1940’s.