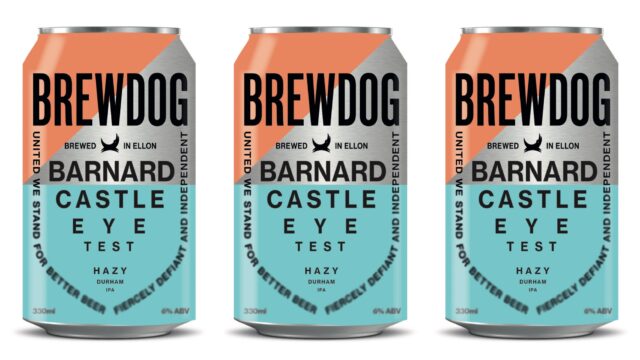 Called Barnard Castle Eye Test, the limited edition IPA was named via a public vote, shortly after news broke that the special adviser had broken his government’s own lockdown rules.

A joint-investigation by the Guardian and Mirror revealed Cummings broke the UK’s lockdown rules in April, travelling 260 miles with his wife and child to his parent’s home in Durham. His wife has already developed coronavirus symptoms before they set off, and Cummings became infected the next day.

It later transpired that Cummings had made more than one trip to his family’s estate, and even travelled 30 miles from Durham to visit nearby Barnard Castle, a local tourist attraction, with his family. Boris Johnson’s chief adviser insisted he drove to Barnard Castle to test his eyes, as his vision had become “a bit weird”, during a press conference in the gardens at 10 Downing Street on Monday (25 May).

Quick off the mark, Brewdog founder James Watt asked his 67,000 Twitter followers to vote for the best name for a new, limited edition beer: ‘Cummings & Goings’; ‘260 Miles’; ‘Stay at Homes’; and the winning choice, ‘Barnard Castle Eye Test’. It is already available to buy online at £16.95 per 12 can pack (330ml).

The label features blurred out text at the bottom of the can, something many voters said would add to the branding.

The New England IPA, made with Cascade, Citra, Mosaic and Simcoe, has 6% ABV and is a “short sighted beer for tall stories”, according to Brewdog’s website.

“All profits will go to funding our production of free sanitiser for the NHS & Health Care Charities,” Watt said.

He added it is best enjoyed “in rose gardens”, as a nod to the press conference.