10 wine films to watch during quarantine 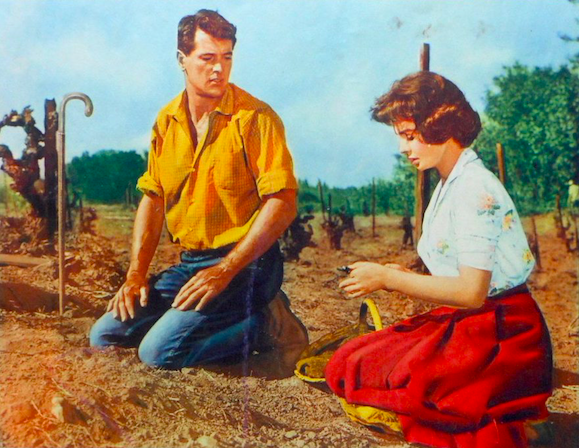 A golden oldie starring Rock Hudson and Jean Simmons, The Earth is Mine tells the story of the Rambeau family, a California winemaking dynasty trying to stay afloat during Prohibition. Hudson plays John Rambeau, who disobeys his father’s wishes not to deal with bootleggers by selling the family’s stock to Chicago gangsters.

Based on the novel The Cup and the Sword by Alice Tisdale Hobart, the film was Universal’s most expensive production at the time with a budget of $3.5m. Filming took place at a number of Napa Valley vineyards, including Beringer, Charles Krug, Inglenook, Louis M. Martini, Maycamas and Stag’s Leap. During filming, left-handed Rock Hudson had to be taught how to graft a vine for an important at the end of the flick. 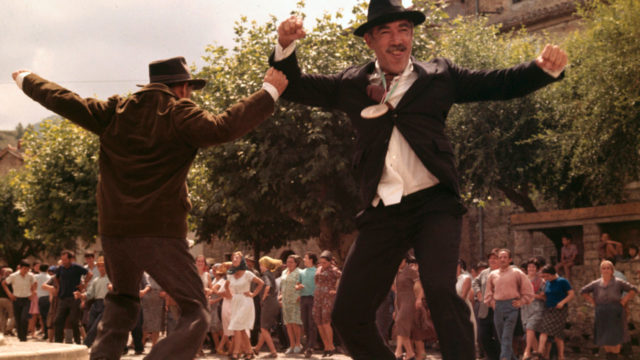 Based on a best-selling novel by Robert Crichton, The Secret of Santa Vittoria is set during World War II in the summer of 1943, in the aftermath of the fall of Italy’s fascist government under Benito Mussolini.

The winemaking hill town of Santa Vittoria learns that the German forces want to steal all of its wine supply and take it back home. Under the leadership of mayor Italo Bombolini (played by Anthony Quinn), the locals hide a million bottles of wine in the galleries of an ancient Roman cave before the German army arrives.

Directed by Stanley Kramer with a score by Ernest Gold, the film was shot almost entirely on location in Anticoli Corrado, northeast of Rome. It won a Golden Globe for Best Motion Picture Comedy. 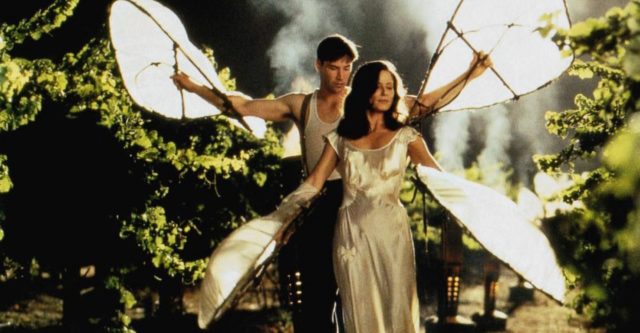 Starring a young Keanu Reeves and an old Anthony Quinn (protagonist of The Secret of Santa Vittoria), A Walk in the Clouds tells the story of soldier Paul Sutton returning home to California after the end of World War II. On the train to Sacramento in search of work, he meets graduate student Victoria Aragon, whose Mexican-American family owns a vineyard in the Napa Valley.

Pregnant by her professor, Sutton agrees to pose as Aragon’s husband. Roped into working at the family’s vineyard to help with the harvest, Sutton grows closer to Aragon, but a fire in the vineyard threatens their livelihood. The movie is based on the Italian film Four Steps in the Clouds.

Filming took place in Napa and Sonoma and featured many of the same wineries that appeared in The Earth is Mine, including Maycamas, Beringer, Charles Krug, Duckhorn Vineyards and Mount Vedeer. 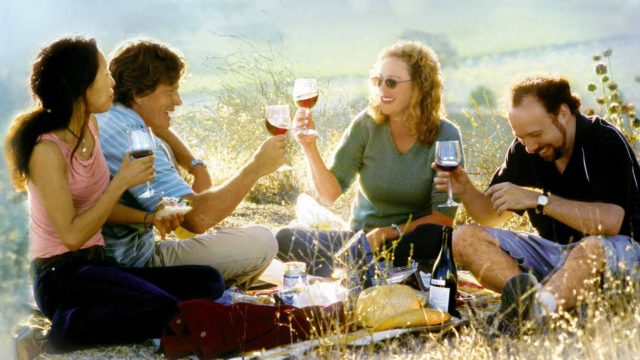 Based on a novel of the same name by Rex Pickett, Sideways, directed by Alexander Payne, is loosely based on Pickett’s life and tells the story of Miles (played brilliantly by Paul Giamatti), a struggling novelist roped into a week-long road trip around the vineyards of Santa Barbara County as a last hurrah before his out of work actor friend Jack (an irreverent Thomas Haden Church) ties the knot.

Along the way the pair meet Maya (Virginia Madsen), a waitress at The Hitching Post, and tasting room manager Stephanie (Sandra Oh) who Jack becomes romantically involved with despite his pending nuptials.

Pinot Noir-obsessed Miles voices his distain for Merlot in one scene, which led to a dramatic drop in Merlot sales in the US. At the end of the film, deflated after his former wife’s second marriage, he drinks his prized bottle of Cheval Blanc 1961 from a paper cup in a fast food joint. Among the wineries to appear in the film were Andrew Murray Vineyards, Fess Parker Winery and Firestone Vineyard. 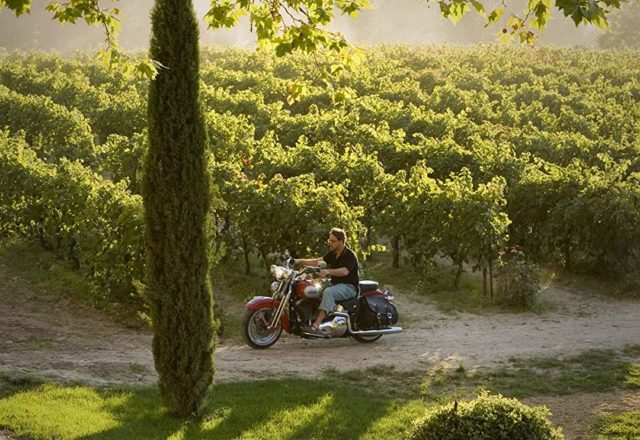 Starring a characteristically grumpy Russell Crowe as ruthless London stockbroker Max Skinner, who has no times for fun. On a particularly grey London day he finds out that he’s inherited a vineyard in Provence from his beloved uncle Henry, where he used to spend summers as a child.

Skinner travels to France to investigate the property and toy with the idea of jacking in his job in finance for a life in wine. During his trip he meets and becomes besotted by local waitress Fanny Chenal (played by a beguiling Marianne Cotillard). While the wine made at the estate is undrinkable, its potential is hinted at within a bottle of Le Coin Perdu, a small bath wine made from vines that bypass the appellation laws.

Directed by Ridley Scott, the film is based on a 2004 novel of the same name by Peter Mayle of A Year in Provence fame. Most of the filming took place minutes from Scott’s holiday home in the communes of Bonnieux and Cucuron in Vaucluse. 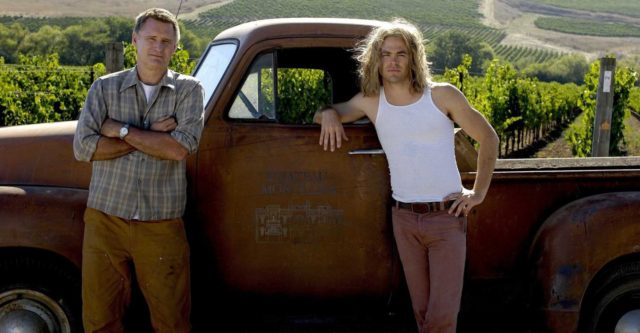 Based on one of the most famous blind tastings to rock the wine world – the 1976 Judgment of Paris – Bottle Shock sees the late, great Alan Rickman play English wine merchant (now wine writer and vineyard owner) Steven Spurrier, who decides to put on a tasting at his Paris wine shop to pit French wines against the best drops from the Golden State.

The film focuses on one of the California entrants, Chateau Montelena, whose 1973 Chardonnay topped the whites in the tasting, while Stag’s Leap’s 1973 Cabernet Sauvignon came top among the reds. Bill Pullman plays Montelena’s founder, Jim Barrett, and Chris Pine his son Bo. The tasting was covered in Time magazine by George Taber and helped the top wines from California to be taken as seriously as those from France. 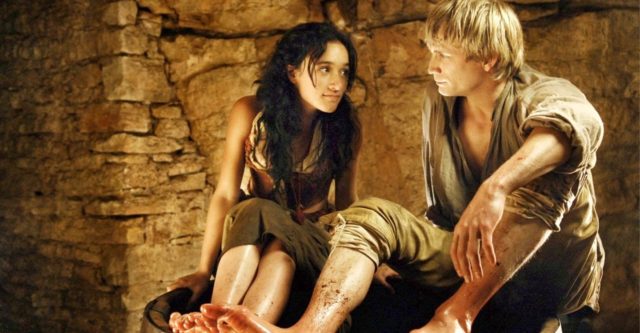 Yet another wine film based on a book, 2009 romantic drama A Heavenly Vintage is loosely based on novel The Vintner’s Luck by Elizabeth Knox. Shot in Auckland, Belgium and France, the film is directed by Niki Caro, best known for Whale Rider, and stars a grown-up Keisha Castle-Hughes, the New Zealand actress who shot to fame when she starred as the protagonist in Whale Rider aged just 12. 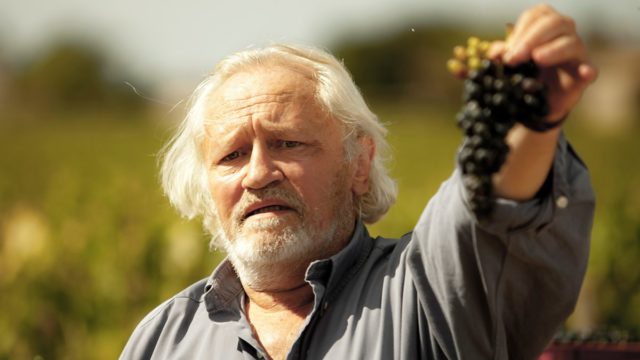 Directed by Gilles Legrand, this French film stars Niels Arestrup as Paul de Marseul, a passionate and demanding winemaker who isn’t enamoured by the idea of his son Martin (played by Lorànt Deutsch) taking over the family estate in Saint-Emilion.

Instead, he has his sites set on the talented Philippe (Nicolas Bridet), son of his steward, who returns from California to work for Paul following his father’s death. Paul gradually primes Philippe to take over the estate, turning his back on his own son in the process. 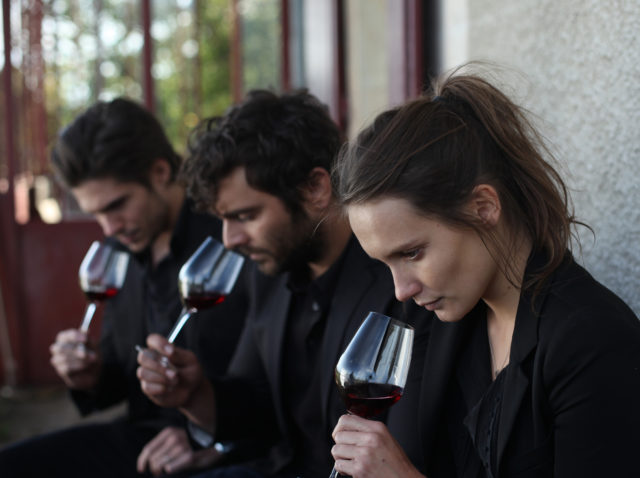 This French drama directed by Cédric Klapisch centres around three siblings from Burgundy – Jean, Juliette and Jérémie – who reconnect with one another when their domineering father falls ill. When their father dies the trio inherit the family estate and have to work together to decide whether to keep it or sell it.

All three have been trained in the art of grape growing and winemaking, with Jean and Juliette emerging as the most skilled vintners. Jean has been forced to return to France after making a life for himself in Australia, where he runs a vineyard with his Chilean wife and son. Convinced that his father hated him, the film revolves around Jean coming to terms with his past. 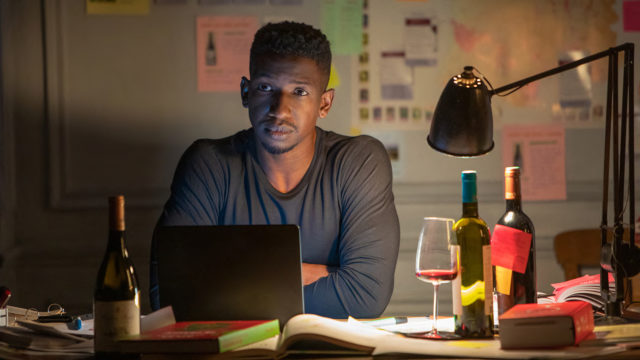 The most recent movie in our line-up, Uncorked debuted on Netflix last month. The film, directed by Prentice Penny, follows the plight of aspiring Master Sommelier Elijah (played by Mamoudou Athie), as he faces increased pressure from his father Louis (Courtney B. Vance) to take over the family’s barbecue business.

All is not well in the father-son relationship from the beginning, with the pair disagreeing on how to cook ribs in the opening scene. The tension builds as Elijah pursues his dream of becoming a sommelier. To help him play a convincing somm, Athie was coached by master sommelier DLynn Proctor, an associate producer on the film, on how to professionally taste wine.

As Uncorked develops, Elijah progresses with his studies, going head to head with a classmate in one scene to correctly identify a Chardonnay, and travelling to Paris to immerse himself in wine. Penny hopes the film will encourage fathers and sons to be more open with each other.