“No one is useless in this world who lightens the burdens of another” – Charles Dickens, in Dr Marigold. 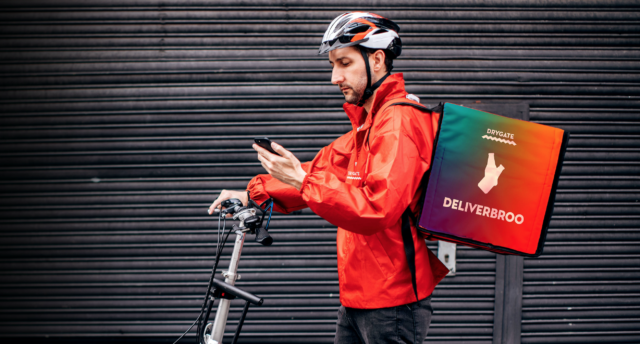 It has been a difficult month around the world. This week, we should have been rounding up our coverage with photos from ProWein in Düsseldorf, but trade shows across the globe have been pushed back or axed in the wake of the coronavirus pandemic.

Since Prime Minister Boris Johnson warned people to stay away from pubs, bars and restaurants at the start of the week, many in the UK have said they are unsure they will survive before its all over.

But such a crisis has brought forward the good and determination we love about the drinks industry.

We wanted to use this week’s slot to highlight some of the work the industry is doing to keep things ticking over and support one another as footfall, and sales, slow down and people stay indoors.

Click through to see what brewers, distillers, pubs and restaurants have been working on this week. 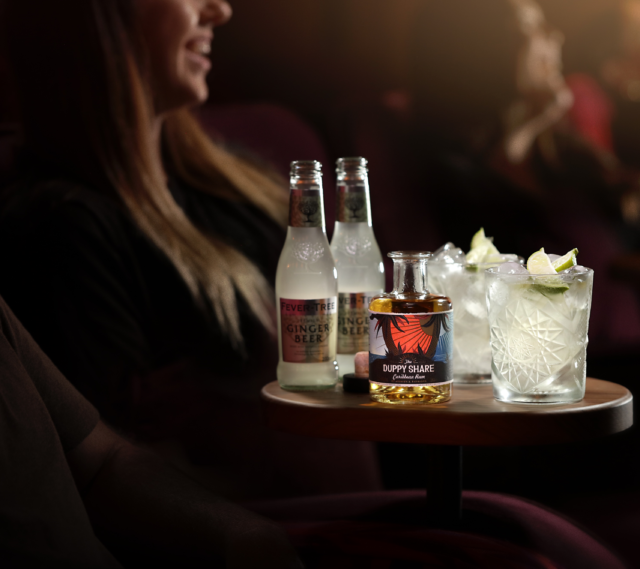 Rum brand The Duppy Share, has launched Home Rum, a self-isolation kit for rum lovers, and is donating all the proceeds of the kit’s sales to Hospitality Action, a charity dedicated to supporting the industry during times of crisis.

The rum brand has teamed up with mixer maker Fever Tree, who has donated its own range to support the initiative, to create the kit, which contains The Duppy Share Aged (20cl), Fever Tree Ginger Beer (2x 200ml) and two The Duppy Share gold cups – a film’s worth of rum and ginger for two.

In Scotland, Drygate Brewing Co has launched a same-day delivery service, called Deliverbroo, to bring beer and pub food to the masses, and is giving a 50% discount to NHS workers.

The Campaign for Real Ale (CAMRA), has partnered with the Society of Independent Brewers (SIBA) and Crowdfunder to help pubs, clubs, breweries, taprooms and cider producers.

Called #PullingTogether, the campaign aims to publicise innovative ways that pubs, breweries, cider makers and taprooms are staying afloat, whether that means launching a new online shop, offering beer or cider takeaways or providing redeemable gift vouchers for locals. It also hopes to put the public in touch with local initiatives in their community.

Pubs, brewers and taprooms can submit initiatives by visiting www.camra.org.uk/pullingtogether/ – an online platform where the public can also search for initiatives near them.

In addition, CAMRA has also set up an online Facebook group for the public called Pulling Together for Pubs, Pints & People, where it hopes to host virtual pub quizzes, beer o’clock and other virtual events, in an effort to combat some of the loneliness self isolaters may feel over the coming weeks. 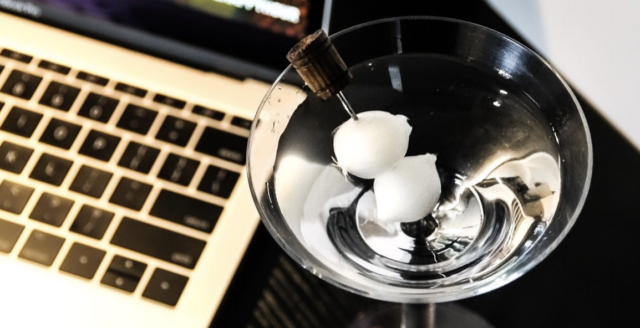 In a similar vein, a group of friends in the hospitality industry have launched launched #TheVirtualHappyHour campaign to aleviate some of the losses of bars and restaurants.

Despite social distancing, people are still able to interact with each other online, so instead of enjoying a happy hour at the bar, the campaign encourages people to join in #TheVirtualHappyHour. Grabbing a cocktail, wine, beer or coffee and catching up with friends and family in a bid to reconnect communities with increased digital social interaction.

When the Happy Hour is finished, everyone in the group donates the price of their drink to the group’s favourite bar.

Punters can use Google Hangouts, Zoom, FaceTime, or Whatsapp video to have their own happy hour, and then contact their bar of choice to see how they want to receive payment. People are encouraged to donate the price of the round to your group’s favourite bar, and share the result in a social media post with the hashtag #thevirtualhappyhour. 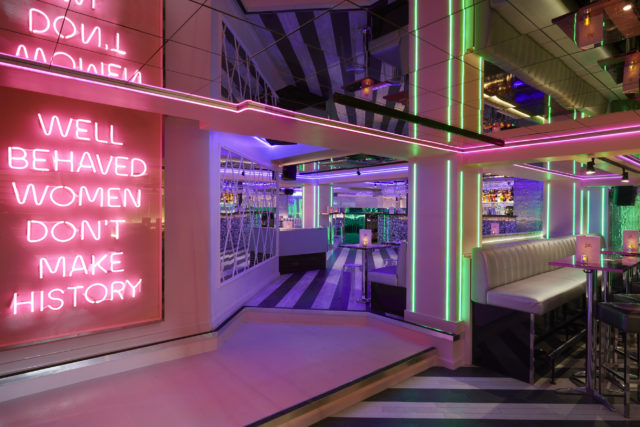 London bar chain Adventure Group, which owns Tonight Josephine, is crowdfunding with the aim of surviving the current crisis, and is even selling its iconic “Well behaved women don’t make history” sign to make ends meet.

A spokesperson for Tonight Josephine said: “The global COVID-19 pandemic has created a very uncertain landscape for millions of British small businesses, which is going to make it very challenging for companies like ours to survive.

“Tonight Josephine, part of The Adventure Bar Group, founded in 2005, and now in its 15th year of trade is facing extremely difficult circumstances and having to make some very tough decisions in order to safeguard the future of the company.”

The group is hoping to raise at least £50,000 over just the next few days and is offering experiences on the platform including distillery tours, trips to vineyards in Italy, and even the iconic neon sign, which will be replaced is it is purchased. 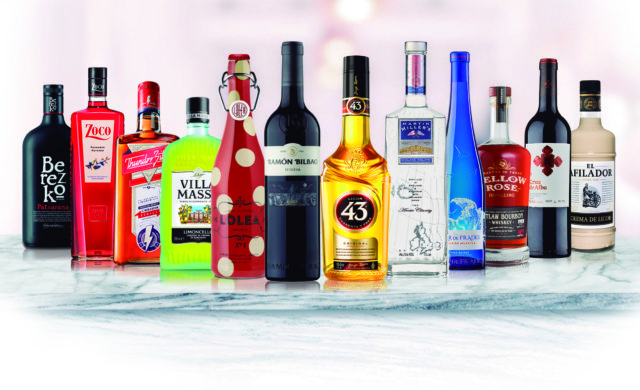 Scores of large drinks groups have also pledged to donate funds to help support hospitals and pay for sick beds and ventillators to help health services treat the most critical coronavirus cases.

Spanish group Zamora Company, which owns Liquor 43 and Ramon Bilbao, said it will donate €400,000 to different associations that work proactively supporting the most disadvantaged groups in society. The Zamora Company will make this financial contribution to entities with charities such as the Red Cross, Caritas or the Food Bank Foundation. Specifically, it will be the neediest groups in the company’s areas of business influence in Spain that will receive this support.

Back in London, Lina Stores, a Soho institution for 75 years that recently opened a new restaurant in King’s Cross, will help Londoners weather the storm by providing fresh handmade pasta and Italian sauces specifically for hospitality workers who have been made redundant and those in at risk groups.

The restaurant is fundraising through donations from a Go Fund Me page, asking those who can, to donate in this time of crisis.

All of the funds raised will be spent on supplies and staff to produce the food. As a thank you, anyone who donates more than £20 will get 20% off in Lina Stores’ restaurants through their reopening period. The team will be providing regular updates with how many people have been fed and how people can benefit from these kits. 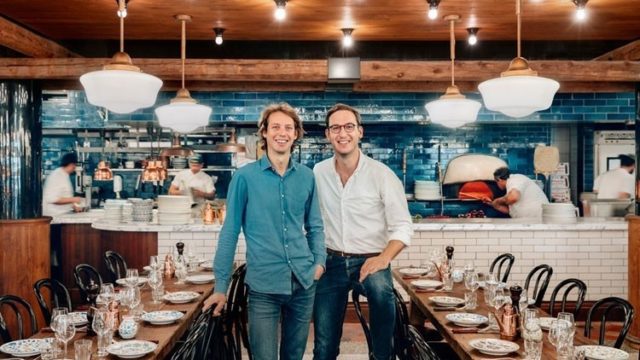 London restaurants Gloria & Circolo Popolare have teamed up with the Karma_UK app and will be delivering fresh produce including burrata, pasta fresca and much more to your door from 11am – 10:00pm, five days a week.

People will now be able to enjoy dishes from the Big Mamma Group-owned restaurants from the comfort of their own home, such as the Il Tigramisu & Filippo’s Big Balls. These will also be available on Deliveroo and Uber Eats, details to be announced later today. 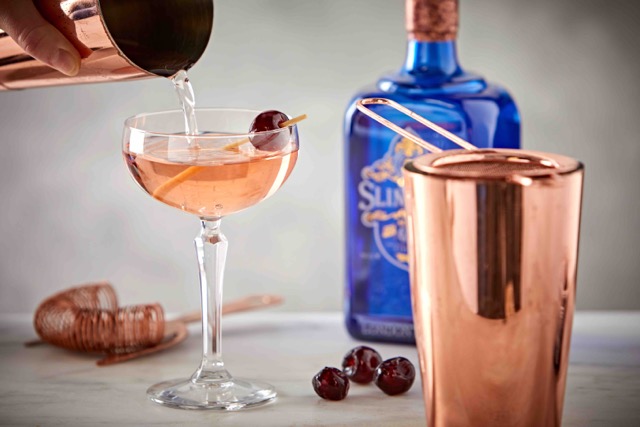 Slingsby Gin is launching “sofa sessions, and is going to be live on Instagram and Facebook on Saturday 21 March at 6pm with a bartender offering a free gin masterclass.

The 20-minute session will uncover the history of gin, as well as a demo on how to make the perfect G&T.

It’s the first in an extensive series Slingsby will run to keep our nation of gin-loving drinkers occupied while they’re told to stay away from public venues.