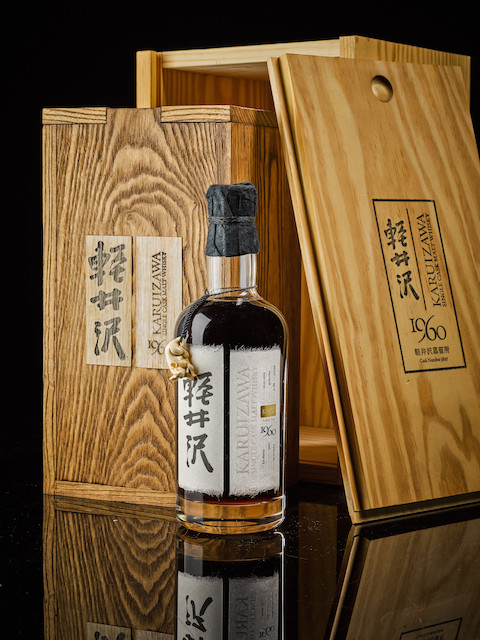 Despite the present global situation, the sale of fine and rare wines and spirits by Sotheby’s in London on 18 March realised £3.7 million in total with a “substantial proportion” of lots exceeding their high estimates. Furthermore, 50% of winning lots were made online.

The highlight of the sale was a bottle of 52 year-old Karuizawa Japanese whisky. The ‘Zodiac Rat’ 1960 Cask #5627 is the oldest Karuizawa to have ever been released and the bottle is one of only 41 produced, each packed with a netsuke carved from the oak cask that once held the whisky.

There was also huge interest in two extremely rare cases of 1947 Cheval Blanc (one of the most famous Bordeaux wines collector’s can hope to buy), one of 12 bottles the other of 11, but which went for £242,000 apiece.

Several rare bottles of Macallan were also top-sellers at the auction. A complete vertical of The Macallan in Lalique Six Pillars Collection was sold for £423,500 while The Macallan Lalique Genesis Decanter 72 year-old was bought for £84,700.

Jamie Ritchie, chairman of Sotheby’s Wine, commented: “Against a backdrop of extraordinary circumstance, the persistence and commitment of collectors came through in yesterday’s sales, where a bottle of Japanese whisky became the most valuable ever sold, accompanied by strong prices for Scotch whisky, led by the Macallan in Lalique Decanters.

“Collectors also continue to compete for the world’s greatest wines, and when there is an opportunity to acquire the very best the market has to offer, as with the two cases of the legendary Cheval Blanc 1947, they are willing to stretch to the highest level.”