Champagne shipments for 2019 could be lowest since financial crisis

Champagne shipments are estimated to have fallen by 1.5% to total 297.4 million bottles for 2019, taking them to their lowest level since the global financial crisis of 2008. 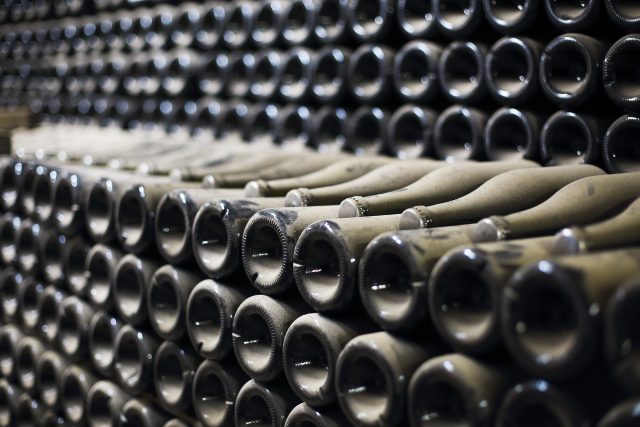 With a forecasted total of 297.4m bottles for the past year, the region has fallen below a symbolic annual figure of 300m, which has not occurred since 2009, when the number of units shipped dropped to 293m following the impact of the worldwide economic crash, kick-started by the bankruptcy of Lehmann Brothers in October 2008 (see below for shipments totals back to 1999).

According to initial estimates from the Comité Champagne, the figure noted above means that the region is thought to have shipped 4.5 million fewer bottles than 2018, when year-end figures totalled 301.9m – which was a drop of 5.4m bottles on the 2017 total.

Following a week-long tour of the region last month, the leading figures in Champagne told db that the drop in shipments primarily relates to a slowdown in sales in the French market, continuing a decline that occurred in this country in 2018.

However, the causes of a France-wide fall in Champagne consumption in 2019 were different to the previous year, when the actions of the so-called gilets jaunes were blamed for a drop-off in sales, having created blockades across the country during the key year-end sales period for the fizz, as well as instigating destructive protests in central Paris.

In the last 12 months, however, the reasons for the sales slide in France has mainly been linked to the launch of new retailing legislation in the country, which strictly regulates supermarket promotions.

Called the EGalim Act, it came into force on 1 January 2019 as a two-year trial for food and drink, and, among a number of restrictions, prevents supermarkets from moving more than 25% of their sales on a promotional offer, with a cap on price reductions at 34% of the product’s value – effectively banning buy-one-get-one-free deals.

Also negatively affecting consumption have been strikes in the country, which reached their peak during the festive period, making a major dent on Champagne sales in bars and restaurants.

It is also felt that inexpensive Champagne, particularly those labels that rely on price discounts to lure consumers, has lost some of its lustre, both in France and the UK, where the cheapest end of the Champagne offer is in long term decline.

In contrast, the globally-distributed, historic, famous brands of the region, as well as the strongest labels, including those by owned by growers, are experiencing growing demand, and increasing turnover.

It should also be noted that it is not just the French market that has made the past year a difficult one for Champagne, with, for example the region’s producers facing problems in Hong Kong, due to the continued protests in the city.

Economic uncertainty connected to trade wars between the US and China, along with Europe, has also added to a general lack of positivity, as have concerns over the impact of Brexit.

And, as the Champenois will attest, consumption of this upmarket and celebratory drink is closely connected to economic confidence, and an upbeat public mood.

However, not all of Champagne’s problems in terms of sales volumes are connected to socio-political issues, or retailing regulations.

A bigger issue for the region is emerging evidence to suggest that a new generation of consumers in mature markets for Champagne are not drinking the fizz in the same quantities as a previous, older age group.

This relates to a greater number of people choosing to abstain from alcohol altogether, or choose other beverages to mark special and social occasions, be they gin-based mixed drinks, cocktails, rosé, or sparkling wines such as Prosecco.

One factor that may alter the initial estimates for year-end shipments of Champagne in 2019 is the threat of US-imposed tariffs on the French fizz, which came about in retaliation to France’s digital tax, dubbed GAFA (an acronym for ‘Google, Apple, Facebook and Amazon’).

Because such a tax would affect these American-owned companies, in December, President Trump threatened a 100% tariff on French goods including Champagne, which in turn prompted a number of the major producers in the region to ship stock into the US in the last days of December, ensuring it arrived on North American shores before the fizz could be subjected to the tax.

Managing director of the Union des Maisons de Champagne (UMC) David Chatillon, told db that this could amount to “a few million bottles”, but added that this was unlikely to significantly affect the overall figure for the region as such stock would otherwise have been sent to other markets.

Finally, despite the challenges for Champagne in 2019, many in the region are positive, with some reporting record sales in the past year.

Indeed, 2018’s shipment totals for Champagne may have been down on volume, but represented a new record in terms of turnover, and, it is thought that the region may have broken that elevated figure in 2019.

Commenting on the past 12 months for Champagne, managing director at Bollinger, Charles-Armand de Belenet, expressed an optimistic outlook for the region.

“The official volume figure will be below 300 million [in 2019] which is quite a shock for the Champagne world… But in terms of turnover, my guess is that Champagne will be positive,” he said.

As a result, he added, “We are at a turning point for Champagne; it is now the time for value.”