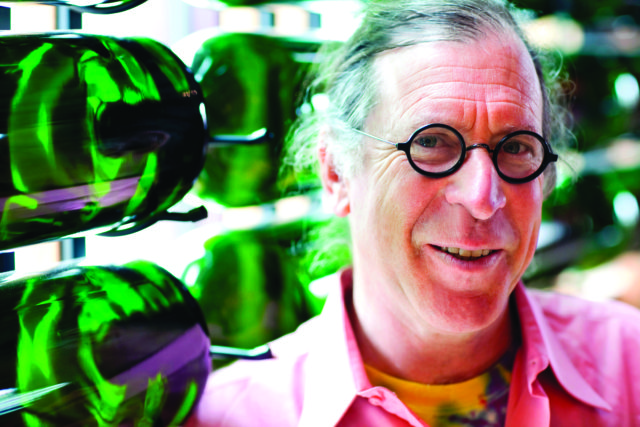 Grahm announced the news via a statement last Friday, having closed his tasting room in Devenport, in Santa Cruz County, on 23 December.

As part of the deal, Grahm will stay on at Bonny Doon as chief winemaker and a business partner with the San Luis Obispo County-based WarRoom Ventures.

WarRoom Ventures invests in wine start-ups and develops wine brands. Among its other ventures are Lapis Luna wines.

Grahm founded Bonny Doon in the Santa Cruz Mountains in 1983. His flagship wine is Le Cigare Volant, a Rhône-style blend named after an odd 1954 by-law prohibiting UFOs from landing in the vineyards of Châteauneuf-du-Pape.

Known for his eccentric labels and interesting blends, Randall released the first vintage of Le Cigare Volant in 1986 and tweaked the style of the wine in 2018,as he felt that the wine had lost its relevance to the modern market.

The new Cigare Volantblend dropped the Mourvèdre in favour of more Cinsault in order to make a more affordable wine in a lighter, more approachable style.

“The WarRoom team has provided a new home for Bonny Doon and brings with it energy, a forceful sales team and a contagious passion for the brand,” Grahm said.

“While I am rather pacifistic in nature, I am sympathetic to their putative ‘war against Big Wine’. Lapis Luna, and parent company WarRoom Ventures have affirmed that they are committed to Bonny Doon Vineyard’s vision of making high quality, soulful wines with minimal intervention,” he added.

While the price of the sale has not been revealed, in December Grahm signed two property deeds “with assignment of rents” with WarRoom Ventures, including one on 31 December for US$2.4m and another filed on 20 December for US$251,866.

An early adopter of screwcaps, going forward Grahm intends to focus fully on Rhône-style blends to give the Bonny Doon brand more coherence.