Charity Action on Sugar has called for pre-mixed alcoholic drinks to be subject to the UK ‘sugar tax’, after revealing that some products in the category contain as much as nine teaspoons of the substance in 250ml. 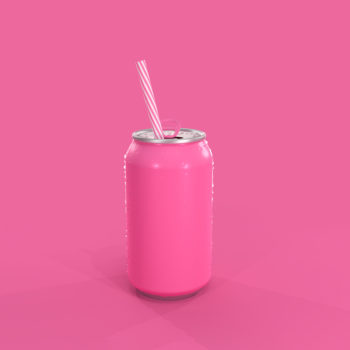 The charity, which was launched in 2014, also called for greater clarity in packaging after noting that nine out of 10 pre-mixed spirit drinks don’t reveal how much sugar they contain.

It is calling on the government to subject the drinks to the so-called UK sugar tax. The Soft Drinks Levy, which came into effect in April 2018, currently only applies to non-alcoholic beverages.

A survey by Action on Sugar, conducted at the Queen Mary University of London, found that out of 154 products surveyed, only 41% had nutritional information displayed on packaging. Fewer still had any guidance relating to sugar, with only 14 products (9% of those surveyed) displaying the desired data.

As a result of the lack of information, Action on Sugar commissioned an independent laboratory analysis of 21 products within the category.

It divided its results into the following categories: traditional pre-mixed cocktails, fruit-based/’soft’ mixed drinks, spirit/liqueur and mixer (excluding gin), and gin and mixers.

While the results are slightly skewed owing to the different pack sizes, traditional pre-mixed cocktails and fruit-based/soft mixed drinks contained the most sugar.

Through its analysis, Action on Sugar found that TGI Fridays Passion Fruit Martini and TGI Fridays Pink Punk Mojito, both in the pre-mixed cocktail category, contained 49.1g and 46.7g of sugar per 500ml bottle respectively.

Also singled out was WKD Blue and VK Blue, both in the fruit-based/soft mixed drinks category. A large 700ml bottle of WKD Blue contains 59g of sugar, according Action on Sugar, the equivalent of over four iced doughnuts. VK Blue contains 52.4g per 700ml or 13 teaspoons of sugar.

Action on Sugar’s results, however, did prove it was possible to produce a pre-mixed drink without large quantities of sugar.

Balans Lime Aqua Spritz contains just 0.5g of sugar per 250ml while Sipsmith London Dry Gin and Light Tonic contains 3.3g per 250ml. There are also a number of RTD products made using diet mixers which contain no sugar. However, artificial sweeteners have their critics and many often have a metallic taste.

Action on Sugar’s findings come at a time when the RTD category is in rapid growth. Nielsen data revealed that sales of pre-mixed products in the UK rose 16.3% to the 52 weeks to December 2018.

The situation is reflected in the US. Data released by IWSR this month revealed that RTD products now contribute US$8 billion to the alcohol industry, with volume growth of almost 50% last year.

Interestingly, IWSR noted that this was largely down to the strong performance of the hard seltzer category, which now represents 43% of the whole RTD sector. Hard seltzers, usually consisting of a combination of alcohol, carbonated water and flavouring, are valued for being low in calories and sugar.

Commenting on the findings, Katharine Jenner, campaign director at Action on Sugar, based at Queen Mary University of London, said: “‘Gin in a tin’ has become a cultural phenomenon with these types of drinks often consumed ‘on the go’ and without a moment’s consideration to how much sugar and alcohol goes into making them.

“Even if you did want to know, you can’t make a healthy choice as only one in ten of the products surveyed had enough information available.

Professor of Cardiovascular Medicine at Queen Mary University of London and chairman of Action on Sugar, Graham MacGregor, said that it was a “national scandal” that pre-mixed alcoholic drinks were not subject to sugar tax or label requirements.