French drinks group Pernod Ricard has denied claims made at an employment tribunal, during which a former staff member said that there was a “constant pressure” to consume alcohol. 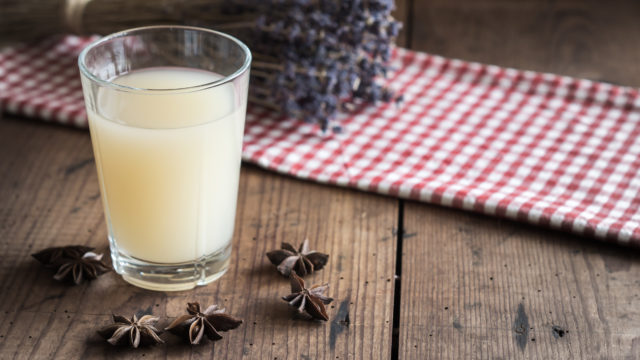 As reported by French media site Le Parisien, two former Pernod Ricard employees and one still working for the company reported being under pressure to drink.

One former sales manager, referred to as ‘Julien’ in the Le Parisien article, who had worked for the French company for 16 years, told the publication that when he complained about the quantity of alcohol he was expected to consume, he was told he must drink it as he was paid to do it.

“For two years I was so burnt out I was holding up on two Guronsan (anti-fatigue tablets) and five cans of Red Bull a day,” he told the publication.

‘Julien’ gave evidence at a tribunal back in September, and a ruling is expected later this month.

Two other people have since come forward to support his testimony.

‘Amélie’, a salesperson still working for Pernod Ricard, said that drinking on the job caused her to seek treatment for alcoholism after experiencing hallucinations and hearing voices.

“It’s the company culture, if you say no [to alcohol], it’s frowned upon,” she told Le Parisien.

‘Philippe’, another former employee who worked for Pernod Ricard for 20 years, said he was given the nickname ‘Mr Ricard’ due to the quantities of the aniseed-flavoured spirit that he consumed.

He said that he was obliged to drink as many as 12 glasses a day, and drove his car while under the influence of alcohol. He said that new recruits joining the company risk “becoming alcoholics without realising it”.

Responding to the accusations, Pernod Ricard has vehemently denied the claims.

The company “firmly denies the existence of a policy of incitation to consume alcohol among employees,” the statement reads.

“There is no directive or internal instructions given to the sales force to require them to drink alcohol in the exercise of their duties.

“On the contrary, every sales representative is required to abide by a ‘guidelines for responsible behaviour’.”

Pernod Ricard said that it had a zero-tolerance policy, and any suspect behaviour would be dealt with with the “utmost firmness”, up to and including dismissal.

“We take any employee testimonial very seriously and have put in place internal procedures, such as an anonymous phone line, where such complaints can be recorded and given the necessary follow-up.

“We will not comment on the individual cases of the three testimonies reported by the Parisian, two of which are no longer part of the company.”

Philippe Coutin, chairman and chief executive officer of Ricard SA and Pernod SA, concluded: “These allegations today cast aspersions on all our salespeople, both Ricard and Pernod, whose personal commitment we salute here [and who are] all united by the same duty of exemplarity behaviour.”

There have also been reports that Pernod Ricard is to close its Tamaki facility in Auckland in the new 12 to 18 months.

A company statement from Pernod Ricard stressed that it was still in a period of consultation with around 90 members of staff currently employed at the site.

Brett McKinnon, global operations director, said: “To improve our operational efficiency, we have taken the difficult decision to close our Tamaki site in the next 12-18 months. Our number one priority is the wellbeing of the team, and we are working closely with them to minimise the impact wherever possible.”

The site acts as a bottling and production facility for brands including Brancott Estate and Stoneleigh.

Meanwhile in Asia, Pernod Ricard has signed a cooperation memorandum of understanding (MOU) with Chinese baijiu maker Wuliangye International to boost its presence in other markets within Asia and beyond.

At the signing ceremony, Philippe Guettat, chairman and CEO of Pernod Ricard Asia commented: “We are excited to form a new strategic partnership with a respected Baiju leader, Wuliangye, and embark a new adventure together. Imported spirits and baiju have both enjoyed a long and glorious history in their respective markets.

“Joining our forces and expertise today marks a historic milestone in the industry. Leveraging Pernod Ricard’s established network and experience, I am sure this partnership will bring unprecedented innovative forces to the market.”