A magnum of 1947 Cheval Blanc was the top lot at a recent London auction featuring the cellar of well-known collector Graham Lyons. 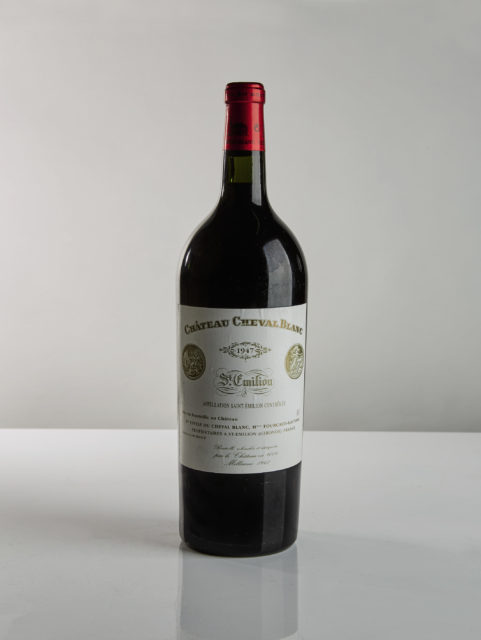 Hosted by Sotheby’s, the magnum went for £54,450 to a European collector. Other top lots from the sale were largely centered around Burgundy.

Stephen Mould, Sotheby’s head of Wine, Europe, said: “Led by the cellar of Graham Lyons, the sale was a great success with many rare wines across all categories performing strongly.

“From Bordeaux, magnums of Petrus 1982 and Cheval Blanc 1947 were stars, while from Burgundy, the Leroy Grands Crus and Chambertin 1990 from Armand Rousseau hit the high notes.  Bids poured in for the spirits on offer: Cognac Croizet Réserve Privé 1811 to Cognac Fine Champagne Barnett 1875 and rare Armagnacs from Laberdolive all eclipsed their high estimates.

“The Graham Lyons collection concluded with a selection of whisky, an apt prelude to next week’s sale of ‘The Ultimate Whisky Collection’ on 24 October.”