The Chanel Group has invested in its fifth winemaking project and its fourth in France with the purchase of Domaine de l’Île on the island of Porquerolles in Provence. 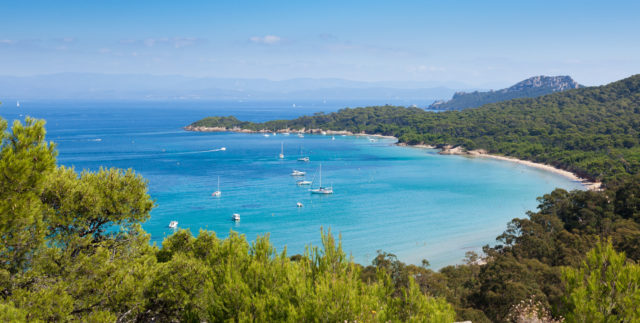 The French fashion house, which is owned by Alain Wertheimer and Gérard Wertheimer, acquired the property from former owner Sébastien Le Ber and his family.

Le Ber’s grandfather, Francois-Joseph Fournier, bought the island in 1910, and Le Ber has has been making wine on the organically-farmed, 34-hectare estate since 1980.

The property is planted with Syrah, Mourvèdre, Grenache, Tibouren, Cinsault and Rolle grape varieties, and the annual production is between 20 and 35hl per hectare.

70% of production is rosé, which is comprised of a blend of Grenache, Mourvèdre, Cinsault, Syrah and Tibouren. The estate also produces a single varietal Rolle and a red Syrah and Grenache blend.

Head winemaker Nicolas Audebert, who supervises vinification at the company’s other French properties, will also be in charge of this project.

He told Terre de Vins that negotiations to acquire the property had been taking place for two years. He told the news site that he aimed to retain the estate’s focus on traditional Provençal grape varieties, but would carry out some “restructuring”, planting more Rolle to boost production of the estate’s white wine.

Le Ber will continue to be a minority shareholder in the company. The financial terms of the deal have not been disclosed.