Jay Z’s Champagne brand has released A3, its ‘rarest, most expensive cuvée to date’

The Champagne brand owned by Jay Z has officially launched its “most expensive cuvée to date” in the US. The most recent wine to be released in the range is the Blanc de Noirs Assemblage Two (A2), which is is made with 100% Pinot Noir sourced from vineyards in Bouzy, Verzenay, Chigny-les-Roses, Ludes and Rilly-la-Montagne. 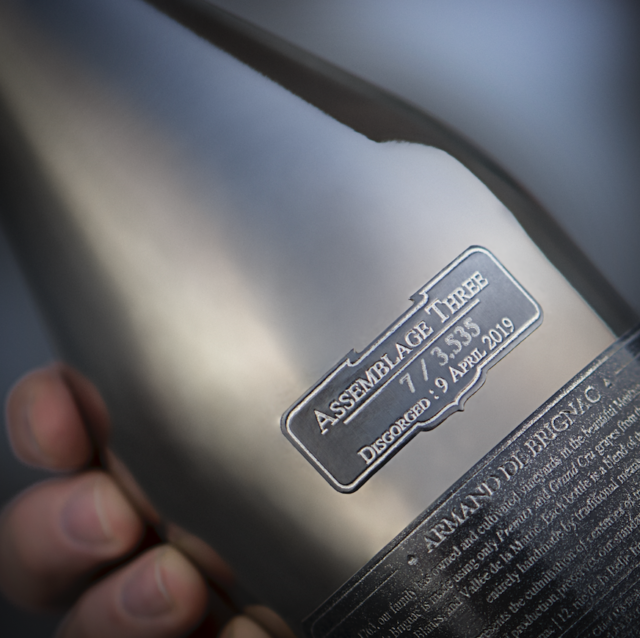 Now, the label is poised to release a third wine in the Assemblage range, called A3, retailing at an eye-watering $1,000 per bottle, or £1,095 when it launches in the UK.

The wine, also a Blanc de Noirs, is a blend from three vintages; 2009, 2010, and 2012 respectively. It was then stored for secondary fermentation for six years until the bottles were disgorged in April this year.

On the nose, the wine has aromas of blackberry, butter and gingerbread, as well as stone fruits, while blackberry also comes out on the palate, along with more fruity flavours of cherry, strawberry, plum, plus vanilla and pastry, according to the brand.

Just 3,535 bottles of the Champagne have been produced, and will be available to buy in the US from 5 September.

In the UK, Assemblage Three will be launched exclusively at Harrods, available for purchase from 16 September.

“The first release of this extraordinarily rare cuvée, was the result of our winemakers’ first ever attempt to create a 100% Pinot Noir prestige champagne.

“We are fortunate to have achieved exceptional critical acclaim for both the first and second assemblages of Blanc de Noirs, and having tasted the A3 with our winemakers, we are confident it is perfect and ready for release now, and will certainly not disappoint.”

Jay-Z acquired Armand de Brignac Champagne from Sovereign Brands in 2014 after making the company an offer it “simply couldn’t refuse”.

Shawn “Jay-Z” Carter had long been an advocate of the brand, produced by Champagne Cattier, stretching back to the Champagne’s launch in 2006 when bottles of it appeared in his music video for the single Show Me What You Got.

The winery produces 60,000 bottles annually, all of which bear a signature ‘Ace of Spades’ pewter label.