the drinks business speaks to Plumpton College after its wine business course was referred to as a “mickey mouse degree” in a recent Daily Mail article. 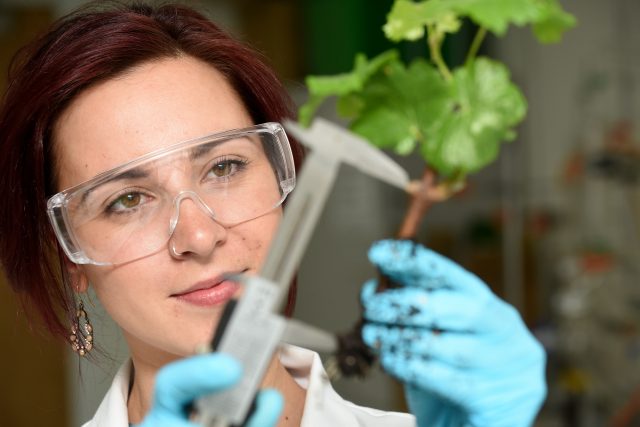 In the article, which included an interview with the Campaign for Real Education, it stated that universities were being criticised for “offering dozens of ‘Mickey Mouse’ degrees to pupils who under-achieve in their A-levels”.

Among the examples of such courses cited by the publication were degrees in football business, golf management, children’s books, wine business and make-up and hair design.

It claimed that critics had questioned the “usefulness” of such courses, with Chris McGovern of the Campaign for Real Education stating that students were “being fooled” and that some of these courses would lead to them “being under-employed or unemployed” and “burdened with massive debts”.

The article then went on to name Plumpton College as an example, citing its two-year Wine Business foundation degree, which costs £9,000 a year and requires five GCSEs including maths, English and science at grade C/4 and above, as well as two A-Levels at grade C or D and above.

Dr Gregory M Dunn, curriculum manager of the wine division, Plumpton College, told the drinks business: “Plumpton’s Wine Business course allows students the opportunity to work closely with industry on various projects and initiatives and access to many wineries and wine related businesses. This improves the employability of the students.”

“We believe the content of the course is relevant, current and intellectually challenging. For instance, in the first year the students learn, inter alia, the makeup of the global wine industry and wine markets, an understanding of the diversity of global wine styles, the fundamental chemistry and biology of winemaking, the management of grapevines within the vineyard, the chemical components and their interaction in a range of wines, the chemistry of wine faults, statistics required to support applied research in wine production and wine business and the physiology and anatomy of sensory perception of wine. The emphasis on research methods and statistics continue into year two of the course.”

Dunn said the wine business degree was “not a ‘fake course’ that leaves students ‘under-employed’ or ‘unemployed’”.

Paul Harley, programme manager for the wine business course, stressed that while the course was based at the college in East Sussex, it helped students understand what is a global industry.

Harley said: “We can demonstrate that we teach an intellectually challenging, blended curriculum that provides a specialised business knowledge which is relevant and helps students to enter an exciting, robust global industry. The majority of our graduates go on to work in the industry in many business roles including marketing, buying and sales.

“The UK wine industry is one of the largest and most dynamic in the world both as an importer for business and now as an emerging wine producer and our alumni are a huge success of this. Of course people already in the industry will recognise this but it’s important we continue to spread this message far and wide.”

Employment rates following courses are also high, Harley argued, stating that 60% of students were employed upon graduation with just one graduate without a job by the autumn.

He added: “For 2019 we have 100% employment, with graduates this year securing employment at wine businesses such as Rathfinny Wine Estate and Roberson Wine while the rest of the students have transitioned to complete the full 3-year BA degree.

“We also have mature students join the FdA degree to transition from success in one industry into the complex UK wine trade. One of our student’s last year had a high-powered job in the travel industry before studying at Plumpton. Within three months of graduation she had been appointed into a management position in one of the biggest UK wine trade companies in the country, Liberty Wines. We’ve also had a number of FdA WB applicants who already possess Masters qualifications, hardly mickey mouse.”

“Wine production and tourism are playing an increasing part in the UK economy and wine culture, and I would have thought it would be obvious that a wine management/business course would be extremely relevant.

“Clearly the writer thought that ‘business’ was a euphemism for ‘wine tasting’”, he added, noting that while he had never attended a course himself, as a frequent visitor to the college he was impressed by the quality of the teaching and the professionalism of the institution.

Describing Plumpton’s contribution to the UK wine industry, Bampfield said that the training it has provided to those working in the sector has made a “massive” difference.

“It is easy to credit much of the recent success of English and Welsh wines to climate change, but none of it could have happened without the viticultural, winemaking and business skills that hundreds of people involved in the industry have learnt at Plumpton”, he said.

Speaking to db earlier this year, the former head and founder of the Plumpton wine division, Chris Foss, agreed, stating that Plumpton “should take some of the credit as we trained them all”, though with some notable exceptions including Nyetimber.