North London restaurant The Ivy in St John’s Wood is launching a new cocktail menu, dessert, and art installation inspired by The Beatles. 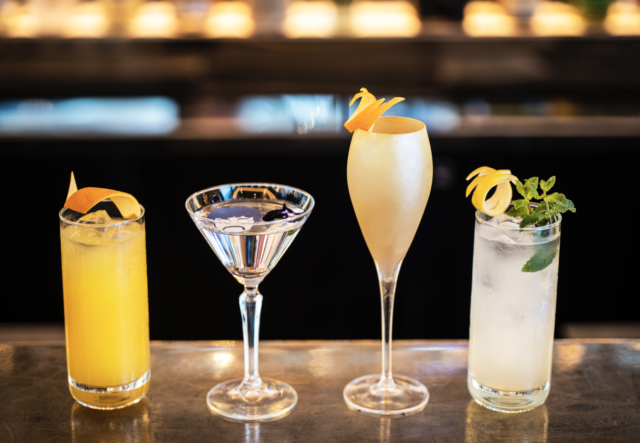 The venue, which is situated in close proximity to Abbey Road studios, is celebrating the golden anniversary of The Beatles’ album, Abbey Road.

Four brand new cocktails and one limited edition dessert will Come Together at The Ivy to celebrate the album’s 50th birthday, which can be, enjoyed Any Time At All (within the restaurant’s opening hours).

Available from Monday 19 August until Sunday 29 September, the special serves are named after iconic songs from the album. 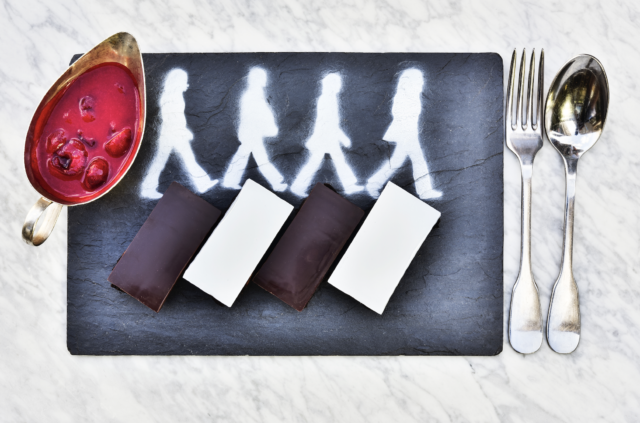 At The End of their meal, diners can order Something else to satisfy their Beatles craving; the Abbey Road Brownie.

The striking dessert is inspired by the classic image of The Beatles crossing Abbey Road, with alternating white and milk chocolate brownies mimicking the zebra crossing, an icing sugar stencil of the band. The gluten-free brownies will are served with cherries and popping candy.

The restaurant has also commissioned an exterior floral archway, which will incorporate the bright and bold colours The Beatles became known for in the 1960s.

An Octopus’s Garden of colour, the floral display will be entwined with vibrant vinyl discs honouring the leading tracks from the album.

The Ivy team really have thought of Every Little Thing (we’re done now).