A recent series of excavations in a northern Israeli hilltop town unveiled the largest Crusader-era winery yet found in the Levant it has been revealed. 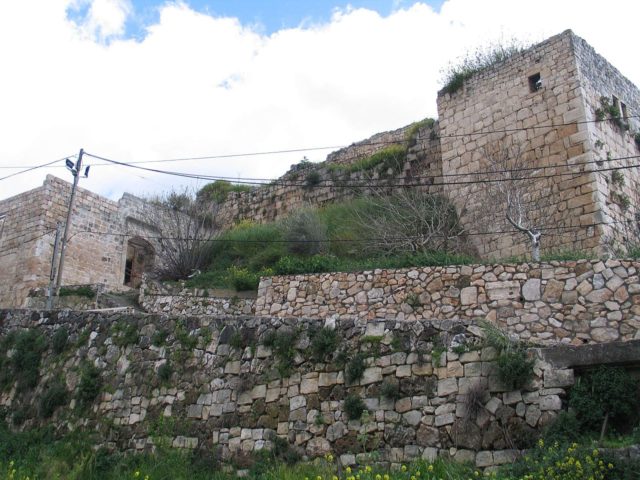 A locally-inspired effort to excavate and restore a mid-12th century castle (possibly) built by King Baldwin III in the western Galilean village of Mi’ilya, led to the winery being discovered beneath the house of the owner of the local petrol station.

The excavations and restoration effort – which was entirely funded by the townspeople of Mi-ilya who are all Melkite Greek Catholics – began back in 2017.

As reported by Israeli newspaper Hareetz, the winery is also unique in that it had two rather than a single treading floor which both drained into a pit from an earlier Roman winery.

Local archaeologist, Rabei Khamisy, told the paper: “The Byzantines had much larger wineries but the crusaders had nothing comparable, as far as we know,” making the find the largest high-medieval winery yet discovered in the region.

The petrol station owner, Salma Assaf, invited excavators in and once the winery was found, excavated and examined, moved to a new house and has subsequently built a restaurant over the top of the winery with glass floors so diners can see the old crush pad and even go down to visit it.

As well as being a vineyard region today, Galillee was clearly planted with many vines in the Roman through to the Crusader periods as well because another nearby castle at Montfort, built by the German order of the Teutonic Knights, also had a winery – though a smaller one than that found at Mi’ilya.

The reason for the large winery appears to be that Mi’ilya – known as Chastel Neuf or ‘new castle’ in the Middle Ages – was the focal point of a medieval fief and the most important of 10 villages and hamlets that in 1160 were given by Baldwin to a Frankish knight called John of Haifa.

As the centre of the fief, local vinegrowers were no doubt required to bring all or a part of their annual crop to the castle as part of their rent and dues to John, the local lord.

With crops from 10 villages being delivered each harvest a large winery would be required to handle all the fruit.

John’s lordship of Mi’ilya was not long-lived, because in 1179 the vineyards and houses were handed over to Jocelyn III, titular Count of Edessa, by his nephew Baldwin IV.

His tenure was interrupted when Mi’ilya was captured by the famous Muslim warlord Saladin in 1187 after the rout of the Crusaders at Hattin. But the land and castle were handed back to the Christians upon the signing of the Treaty of Jaffa following the Third Crusade in 1192 (the one co-led by Richard the Lionheart).

Jocelyn’s daughter and her German husband sold the land to the Teutonic Knights in the 1220s and they built up a sizeable presence in the region (building the castle at Montfort as mentioned) but Mi’ilya and the rest of the Crusader castles would ultimately be captured by Egyptian Mamluk forces during Baibars’ crushing of the tottering Kingdom of Jerusalem and other Crusader states in the 1260s-70s and which continued under his successors through to the Fall of Acre in 1291.