In good vibrations, many an opera singer has tried to smash a wine glass with their pipes in the past.

But US songstress Mariah Carey became the most influential person on Twitter so far this year, when she used hers to crack open a bottle of white Burgundy over the weekend.

Carey posted a video on her Twitter account at the start of this week that showed her singing to a bottle of Drouhin white Burgundy fastened with a screwcap, which flew off when she hit the high note.

The singer’s video comes after a string of posts including the hashtag #bottletopchallenge have appeared online, where people all over the world have found increasingly creative ways to crack open their wine.

Carey’s attempt at the challenge has surpassed 1.5 million likes and 25 million views on Twitter since it was uploaded on Sunday, making it one of the most viral tweets of 2019. 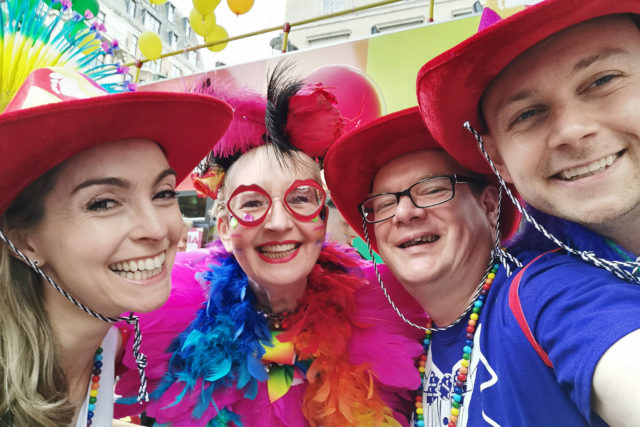 They put on rainbow tutus and angel wings alongside a team from wine brand Barefoot at the celebration in London, and made a few videos along the way interacting with the crowds to spread a message of inclusion and love.

This week in London, the city’s Riesling purveyors were on a mad one. 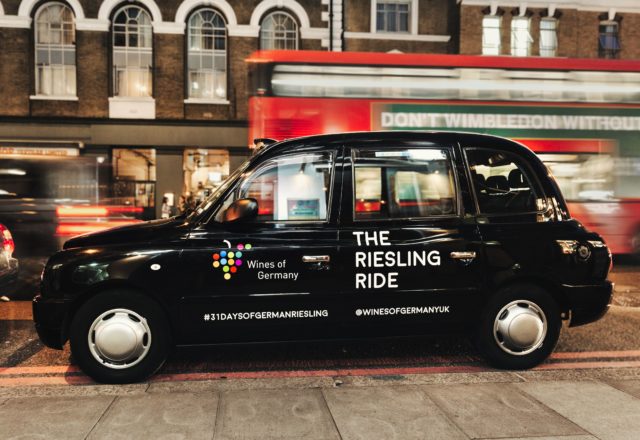 Wines of Germany celebrated its 31 Days of German Riesling campaign in style on Wednesday with the Riesling Ride – a taxi tour around some of London’s hottest wine bars and restaurants to see how the “King of German grapes” is being served in all the different venues for the rest of July.

A group of influencers were treated to a Von Winning wine flight at Humble Grape, a Riesling and cheese masterclass with Dan Belmont at London Bridge-based wine bar Bedales, a sneak peak at new opening Gezellig in Holborn (accompanied by a Riesling magnum) and a Riesling-paired Thai supper at Shoreditch hotspot Som Saa.

On Tuesday, we found out that UK artist Paloma Faith is fronting a new advertising campaign for Scottish flavoured gin Boë.

Paloma will appear in a 30 second video on Boë Gin’s social media channels.

Boë Gin director Andrew Richardson said the Picking up the Pieces singer is the “perfect fit” for the brand.

“Sophisticated and yet stand out, and we are really excited to have her be a part of our biggest campaign to date. Her unique and authentic style is recognised the world over and gives us a great opportunity to introduce our flavoured gins to a bigger audience.”

The crew at Dutch beer brand Lowlander sent us a cheeky photo of their piaggio parked up in London’s Hyde Park, having transported it from Amsterdam, ready to serve their Dutch botanical beer to visitors at Brew Summertime, part of the Barclays British Summer Time festival taking place this week. 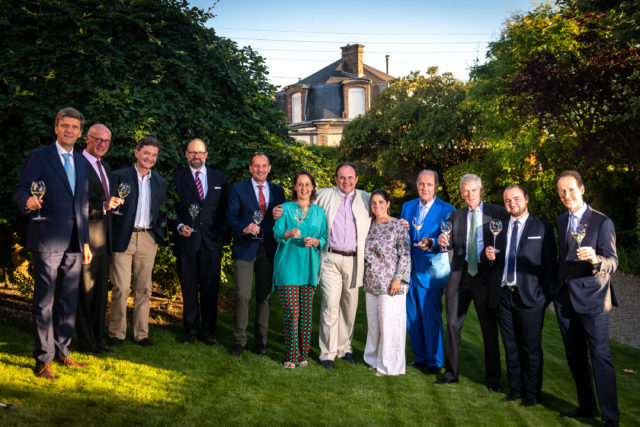 Marc Perrin of Famille Perrin in the Rhône has been appointed president of Primum Familiae Vini.

A group made up of 12 family-run wineries from around the world, Perrin takes over from Pol Roger’s Hubert de Billy for a year-long tenure.

On Wednesday, The Duke of Cambridge and Duke of Sussex mounted their ponies and got stuck into a few chukkas at the King Power Royal Charity Polo day at Billingbear Polo Club, Berkshire.

The polo tournament was sponsored by fine wine and spirits merchant Justerini & Brooks, which kept guests topped up with its 250th anniversary Champagne, Pomerol and a 2018 Bourgogne from Gerald et Philibert Tamalard.

In the exciting match, it was the King Power team who won 7 goals to 6 over the Tarmac team to be victorious for the Khun Vichai Srivaddhanaprabha Memorial Trophy. 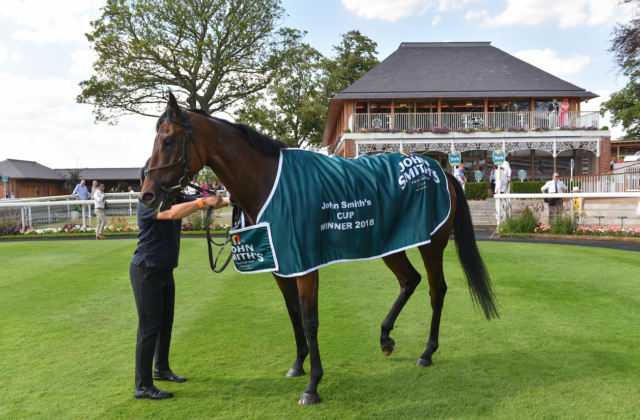 In yet more equestrian partnerships, this summer, UK ale brand John Smith’s celebrates the Diamond Jubilee of its sponsorship of the John Smith’s Cup – the longest running horseracing commercial sponsorship in the world

John Smith’s, now owned by Heineken, will mark this milestone on Saturday by hosting a select-few local racegoers who have a long-standing history with the John Smith’s Cup. 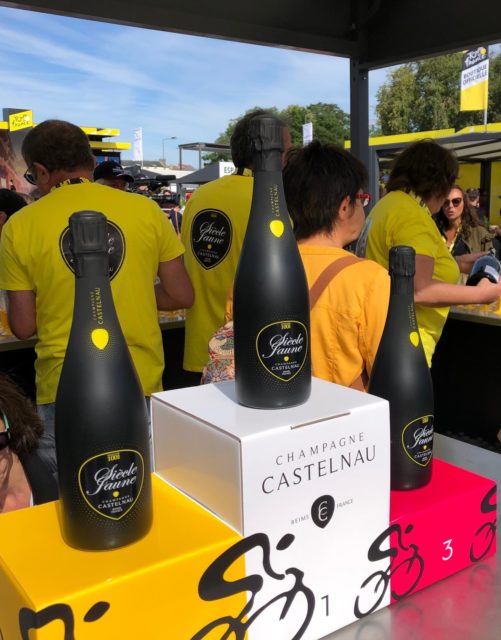 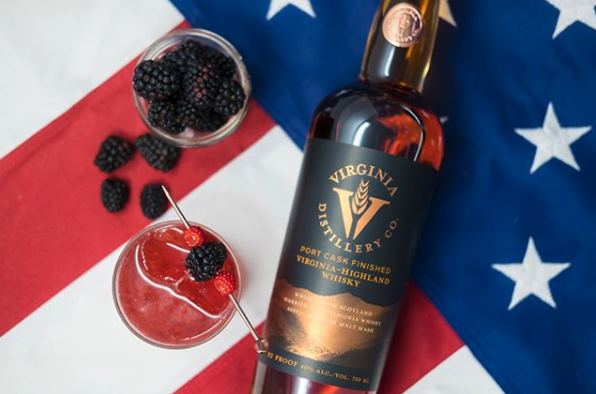 The Scotch Whisky Association (SWA) is taking legal action against a distillery in the US for adding the word ‘Highland’ to its labels and “passing off” its products as Scotch.

The labels highlighted are part of the ‘Virginia-Highland Whisky’ series.

The SWA claims that Virginia Distillery Company’s use of the world ‘Highland’ is unlawful as it is a term “reserved exclusively for Scotch whisky under US federal regulations” and is seeking a court order instructing the distillery to remove the term from its labels. 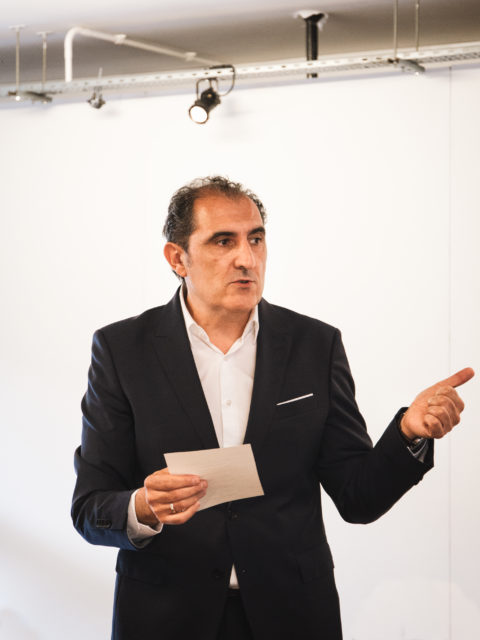 Ramón Bilbao’s chief winemaker, Rodolfo Bastida, addresses the audience at a packed out tasting in London celebrating 20 years of the Rioja estate’s top drop, Mirto. “At Ramón Bilbao we have always believed that origin plays a very important role, and that wines can talk about the landscape they come from. We believe that our future lies in continuing to make these terroir-driven, vineyard-specific, wines”, he said. 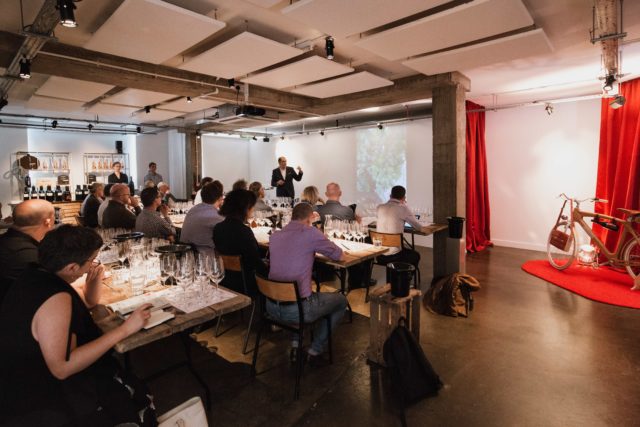 The tasting explored the vast diversity of altitudes, soils and microclimates within Rioja, and included a tasting of Bastida’s high altitude wines from Alabos, Villalba, and Monte Yerga. 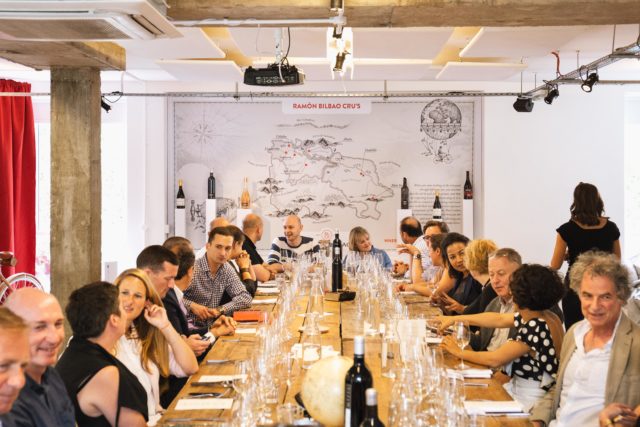 A selection of the wines were paired with dishes at Carousel restaurant in Marylebone, including pork and gooseberry sausages, which were matched with Ramon Bilbao’s Edicion Limitada Lias Verdejo 2017. 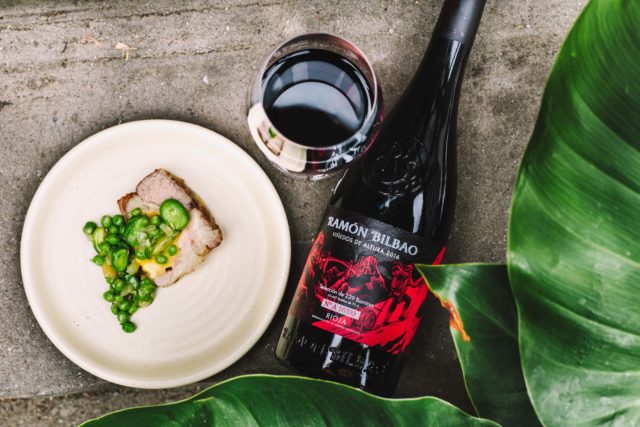 One of the best pairings of the day was a dish of barbecue lamb with broad beans and peas matched with Ramón Bilbao Viñedos de Altura 2016, made from 50% Tempranillo from La Rioja Alta and 50% Garnacha from Rioja Baja, whose notes of violet and plum harmonised with the smokey meat.