Conor McGregor’s Proper No. Twelve whiskey under scrutiny from IWA

Conor McGregor’s whiskey label, Proper No. Twelve, has come under scrutiny from Irish whiskey authorities due to the implications of its name. 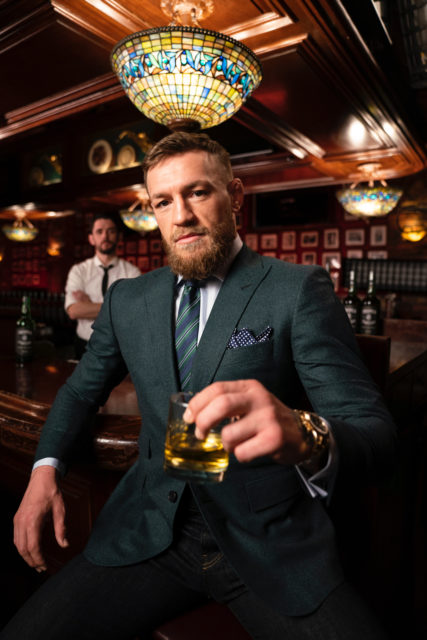 It is understood that the Irish Whiskey Association (IWA) is looking into whether the name Proper No. Twelve leaves consumers with the impression that the spirit has been aged for 12 years, and is therefore misleading.

The association has been reviewing the case for some time, reports the Independent.

A spokesperson for the IWA told db it does not publicly comment on “any questions in relation to possible complaints or referrals.”

“We do work to ensure Irish whiskey brands are in compliance with the laws governing Irish whiskey and in particular, with the recently published FSAI labelling guidelines.”

“We assess and evaluate each individual query or complaint confidentially, impartially and objectively; and we take the necessary steps to address any infringing brands.

Proper No. Twelve Irish Whiskey, produced by Eire Born, is made by former Bushmills distiller David Elderman. McGregor is the majority shareholder, CEO and chairman of the brand, and spent the last four months of 2018 touring the US to promote his label.

Proximo, which also works with Bushmills, Kraken rum and Boodles gin, was named McGregor’s distribution partner on its initial release, with a recommended retail price of around €35 (£30) in Ireland, and up to $29.99 in the USA.

McGregor initially tried to launch it under the name “Notorious” in 2016, but withdrew his original trademark application in September 2018, after facing opposition from the founder of Carlow Brewing Company.

Seamus O’Hara, founder of the County Carlow-based brewer, has owned the rights to a European trademark of the same name since 2016. McGregor was ordered to pay €600 (US$697) to O‘Hara for representation costs and opposition fee, but the athlete was able to relaunch the whiskey under its current name last year.