In what it’s calling an “Australian first”, Barossa Valley’s Seppeltsfield has released a range of wines packaged in bottles containing a microchip with rolling code technology in an effort to tackle counterfeiting. 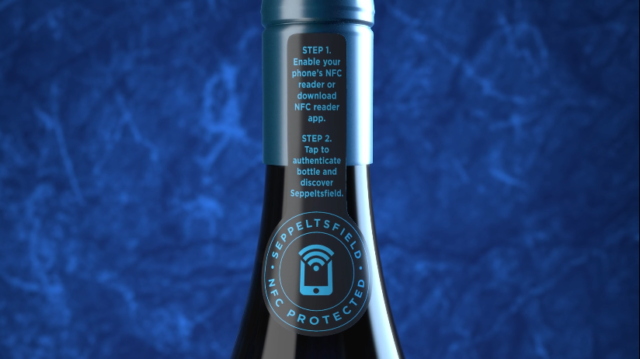 The producer has teamed up with brand protection specialist YPG Group to release the new microchipped bottles for its ‘Grounds’ range of wines, including the 2017 The Westing and The Northing Barossa Shiraz.

The data included in the microchip also provides users with “a 360-degree experience” including detailed provenance information and a virtual tour of the Seppeltsfield Barossa Village and surrounding vineyards.

Warren Randall, executive chairman, of Seppeltsfield Barossa, said: “Whilst we are expanding our luxury wine collection globally, it is very important we are at the forefront of innovation, so we are taking a proactive approach and investing in technology to ensure wine authenticity.”

YPB Group CEO John Houston said the technology was a first for the Australian wine industry.

“The collaboration between the two companies to further develop Vintail and the Connect platform will have a major impact on consumers who will now be able to confirm wine authenticity,” he said.

“Vintail can be adapted to any product and will greatly assist in countering the lucrative billion-dollar, luxury global counterfeit industry.”

The new microchipped wines are available exclusively from Seppeltsfield Barossa Cellar Door and Qantas Wine in Australia with a AU$55 RRP.

Australian wine brands such as Penfolds are often the target of counterfeiters, particularly in China given the demand for such wines in the country. In November 2018, police in China arrested 11 people and seized more than 50,000 bottles of fake wine bottled as Australia’s Penfolds and China’s Changyu in a crackdown in central Henan province near Beijing.

In April in a similar operation in China’s central Zhengzhou city, authorities seized 50,000 bottles of fake Penfolds worth over RMB 18 million (US$2.8m), just five months after 14,000 knock-offs were seized in Shanghai in November 2017.

There is some good news for the Australian wine companies however. Australian wine giant and owner of Penfolds, Treasury Wine Estates (TWE), recently won its case against copycat brand ‘Rush Rich’ in Shanghai, a year after it filed a lawsuit in both Australia and China.