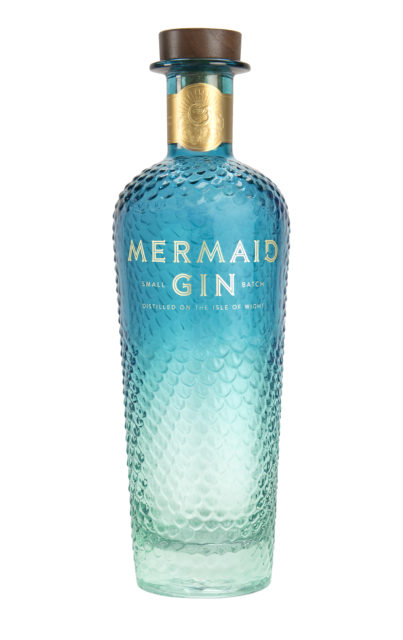 After a major investment, Mermaid Gin from the Isle of Wight, has rebranded, launching a plastic-free, fully recyclable turquoise and aqua bottle, which is sculpted with scales to evoke the mythical creature after which it is named.

The gin’s botanicals include organic lemon zest, grains of paradise and rock samphire foraged from the cliffs on the island. The bottle is decorated with biodegradable paint and has a natural cork with a wooden top and a paper seal.

A blend of 70% Corvina and 30% Rondinella, Tenuta Sant’Antonio’s Valpolicella Nanfrè 2017 is a vibrant, fresh fruit-forward red that has notes of cherry and raspberry. The vines, aged between 10 and 15 years and planted at a density of 4,000-8,000 vines per hectare, were grown 200 metres above sea level on clay-based soils.

Aged for four to six months in stainless steel, the producer believes it pairs well with spaghetti with salted sardines, tagliatelle with chicken livers and pike in sauce. All grapes were harvested by hand and the wine was bottled at 12.5% ABV. 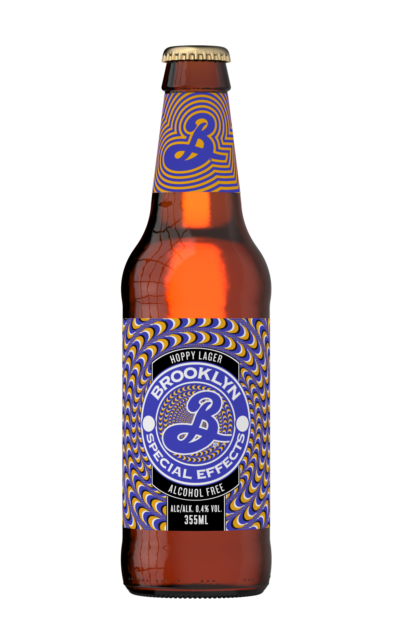 US-based Brooklyn Brewery is launching its alcohol-free beer in the UK this month. Available in 355ml bottles, the 0.4% ABV beer has been brewed in a way that naturally limits the amount of alcohol created. According to the producer, the hoppy lager has aromas of pine with bready sweetness and a bitter finish. With inclusivity important to the Brooklyn Brewery brand, the new lager “means that everyone should be able to enjoy a well-brewed beer, regardless of alcohol content”.

The lager is dry-hopped using Citra and Amarillo hops and pairs well with salads, grilled chicken and goat’s cheese.

Rioja wine brand Campo Viejo has used street artists and childhood friends Alby Guillaume, aka Remed, and Louis Lambert, who goes by the alias 3TTMan, together with members of the public, to create the label for its latest Reserva Art Series wine. Now in its sixth year, the series takes the form of a limited-edition bottle released each year.

In 2019, the bottle features wine from the 2014 vintage, which, according to the producer, has aromas of cherries, plums and blackberries with flavours of cloves, vanilla and coconut, as well as soft tannins on the palate.

Champagne Gosset has unveiled the latest vintage of its Grand Millésime. Made from 67% Chardonnay grown in the Côte des Blancs, Villers-Marmery, Ambonnay and Cumières, and 33% Pinot Noir, the producer describes the wine as “supremely crisp and expressive with aromas of pear and peach and flavours of damson plum and grapefruit”.

The Champagne has a dosage of 8g/l and pairs well with firm-fleshed white fish. 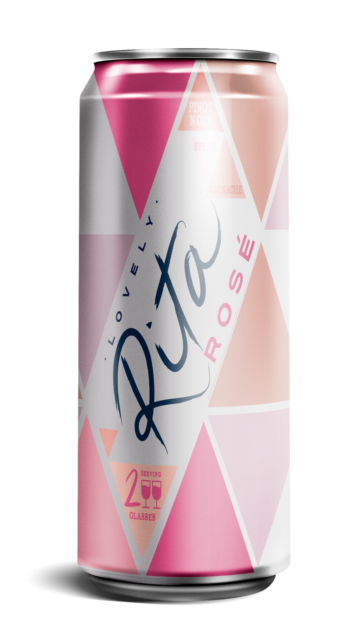 Chile’s Santa Rita has launched its canned rosé, called Rita Rosé, into the European market. Available in 250ml cans, the wine has a slight spritz and is made from a blend of Pinot Noir, Syrah and Garnacha sourced from the Aconcagua Valley. Targeting the UK on-trade market specifically, the producer said that the canned wine category has experienced “significant growth in the past year”, while also providing a vessel that is light and easy to recycle.

Viña Santa Rita was named ‘Ethical Company of the Year’ at The Drinks Business Green Awards 2015 for its commitment to the protecting the environment. 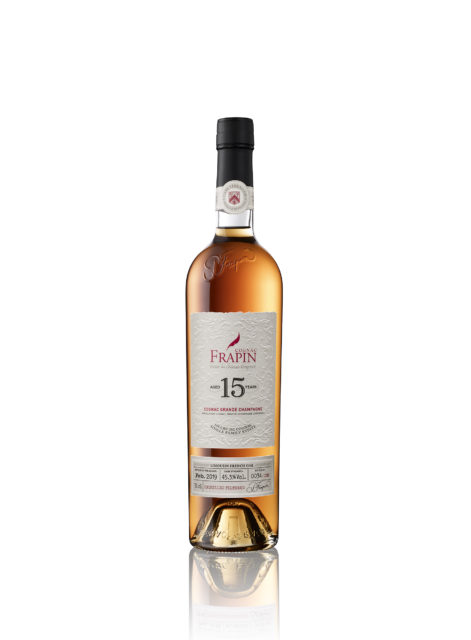 Frapin 15-Year-Old blends eaux-de-vies aged in both humid and dry cellars, with the former lending “roundness and richness”, while the latter gives “finesse and elegance”. The Cognac has aromas of vanilla and black tea, and flavours of dried fruit, toast and spice. The entire 240-hectare Frapin estate lies in Grande Champagne.

At this year’s Cognac Masters, hosted by db’s sister publication, The Spirits Business, Frapin’s VSOP Cognac picked up a Gold medal while its Château Fontpinot XO and Frapin Millésime 1990 were awarded the highest honour of ‘Master’. After re-tasting all of the Master medal winning Cognacs, the judges awarded the Millésime 1990 ‘Taste Master’, the top award of the day. 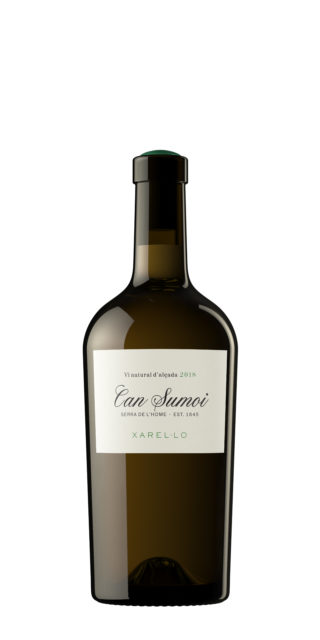 The brainchild of Pepe Raventós of the family-owned Spanish wine estate Raventós i Blanc, Can Sumoi is a range of natural and biodynamic wines made from local grape varieties in the Penedès DO. The vineyards are located 600 metres above sea level on an estate which has been farmed since 1645.

Only the second vintage released, the 2016 wines, consisting of five expressions made with varieties including Parellada and Xarel-lo, are all un-filtered and made without sulphites. 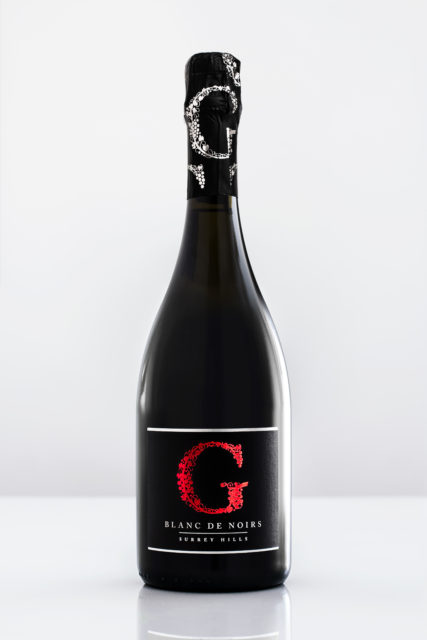 Surrey-based Greyfriars Vineyard has released its second wine as part of its Prestige Cuvée range. The Blancs de Noirs NV, made from 60% Pinot Noir from 2015 and 40% Pinot Meunier from 2014, is a limited release of just 3,800 bottles.

The grapes were hand picked, whole bunch pressed and tank fermented before undergoing malolactic fermentation. The wine has had over three years on its lees and has a dosage of 2g/l. Greyfriars’ vines were first planted in 1989 and the producer now has 63,000 together with a new winery housed in a 3,500 square foot chalk cave. 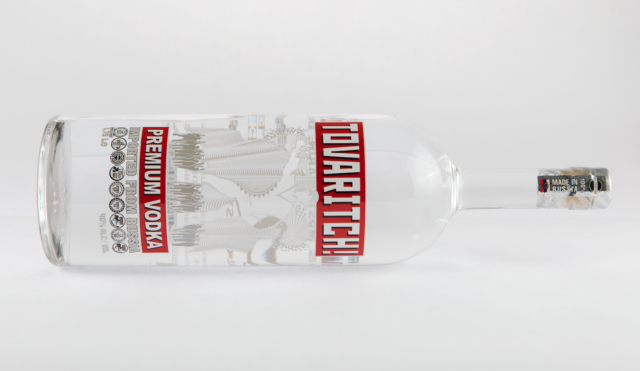 Russian vodka brand Tovaritch has launched a new 1.75 litre bottle with a fine neck, a cork cap with Tovaritch transparent foil and improved lithography printing. The brand’s grain vodka is produced and bottled in Russia by Geneva-based Tovaritch Spirits International and is distilled five times and filtered through a combination of birch charcoal and silver.