Cheap Douro wine sold at discount retailers in the UK is doing “serious damage” to the industry, according to Paul Symington of Symington Family Estates. 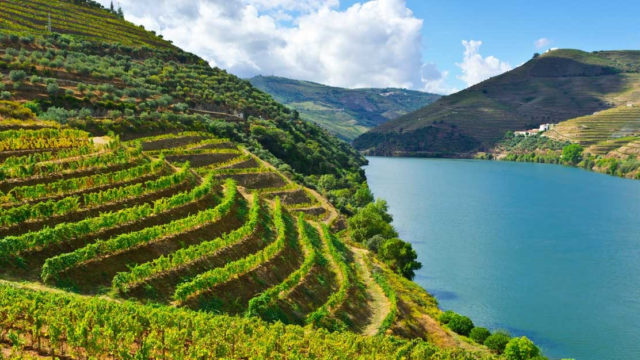 Speaking to db after being presented with a Lifetime Achievement Award by The Drinks Business and the Institute of Masters of Wine at Vinexpo, Symington said: “Port volume sales are in decline, which is having a big structural impact on the region, as it hasn’t properly adapted to the new commercial reality yet.

“The fundamental issue is about Port grape prices, which are high, while Douro wine grape prices are sold as a by-product at two thirds less than the cost of growing them, which is a suicide mission.

“Our yields are 80% lower than in Chile and yet you can find Douro wines on the shelves at Aldi for £5.99, which is utter madness and is doing serious damage to the industry. We mustn’t devalue our region by selling our wine too cheaply.

“These extraordinarily beautiful wines should not be sold at these price points. I’m worried about the economical impact this will have on farmers and am concerned that the way things are done at the moment will damage the region’s future potential.

“There have to be changes to the way things are run in the Douro but there has been a blinding silence from the government so far. For some, there is a vested interest in maintaining the status quo, which is unbelievably short-sighted.”

Symington admitted that dry Douro wines hadn’t thus far been as successful in the UK as he thought they would be.

“I don’t think the answer is being less regulated but regulated in a more effective way. The laws need to be adapted for the 21st century rather than the 1920s.

“My big dream is that Douro wines reach the level of the Super Tuscans in terms of acclaim and recognition. In terms of quality, this is perfectly do-able, but we are tripping ourselves up at the moment, which is deeply frustrating.

“These are astonishing wines that are worthy of being considered in the same bracket as Sassicaia. I’d love to see some of the top Douro reds reaching cult status and trading on Liv-ex.

“The wines have come a long way since the early 2000s – there used to be too much wood and extraction, but we’ve learnt a lot over the last 20 years and we have the authenticity and quality for a few of the top wines to reach cult status,” he said.