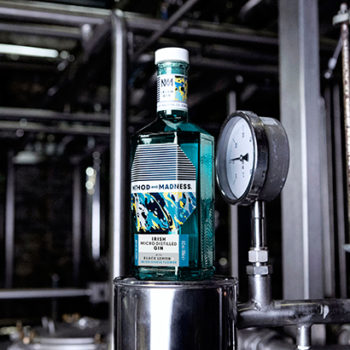 Irish Distillers has expanded its experimental portfolio with its Method and Madness Irish Gin, the first release from its micro distillery at Midleton, made with botanicals including black lemon and Irish gorse flower.

The gin is the result of a reinterpretation of the historic gin recipes made in Cork in 1798, found in a notebook kept in the Midleton Distillery archive written by a rectifier in Cork called William Coldwell. Made with 16 botanicals, the 43% ABV gin was made in ‘Mickey’s Belly’, Ireland’s oldest gin still, which was commissioned in 1958, and named after Michael Hurley, a distiller at Midleton Distillery for 45 years. 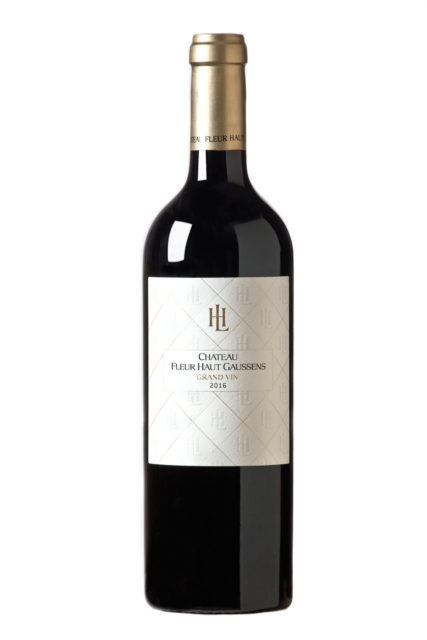 Château Fleur Haut Gaussens in Bordeaux has declared its first grand vin – a 2016 cuvée made from equal parts Merlot, Cabernet Franc and Malbec from the producer’s best plots. Fermented for five weeks in 400-litre new French oak barrels, the resulting wine is “deep purple in colour, with aromas of pepper, violets and blackcurrant jam”. 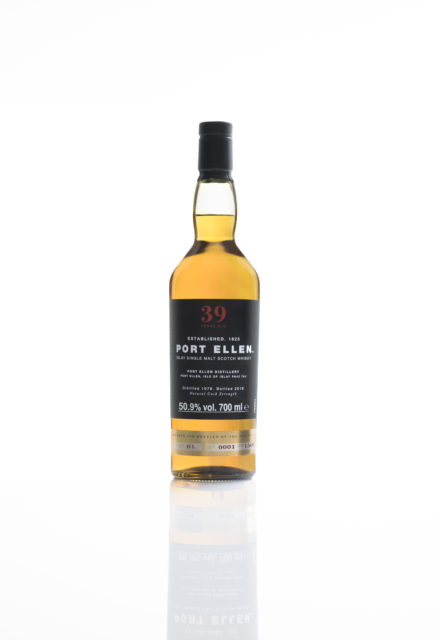 Diageo, the owner of closed Islay distillery Port Ellen, has announced the launch of a new series using malts from the distillery’s dwindling stocks, beginning with a 39-year-old bottling. Closed more than 30 years ago, and due to be reopened in 2021, since 2001 whiskies from the distillery’s stocks were used in small-batch releases, but contributions from Brora (another closed distillery due to be reopened) and Port Ellen were stopped last year.

Instead, Diageo has launched a new series dubbed Untold Stories, of which the 39-year-old Port Ellen is the first edition. Just 1,500 bottles will be available from selected luxury retailers from April. 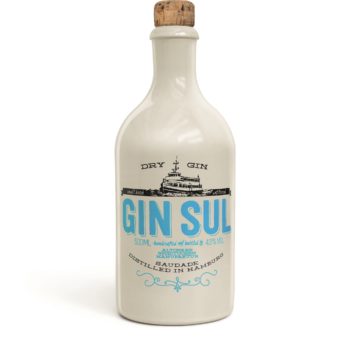 Mast-Jaegermeister has moved into the gin category with the addition of Gin Sul to its portfolio – a small-batch craft gin from Germany, but inspired by fragrances common to the Western Algarve. The gin is distilled from a 100-litre copper still in Hamburg at the Altona Distillery, and made using fresh lemons and hand-picked gum rockrose from the Western Algarve, plus pure water from Lüneburg Heath that has been filtered through ice-age shingle.

Once the gin has been crafted with botanicals including organic juniper, fresh rosemary, coriander, rose blossoms, lavender and cinnamon, it is bottled in white glazed, screen-printed stoneware vessels. 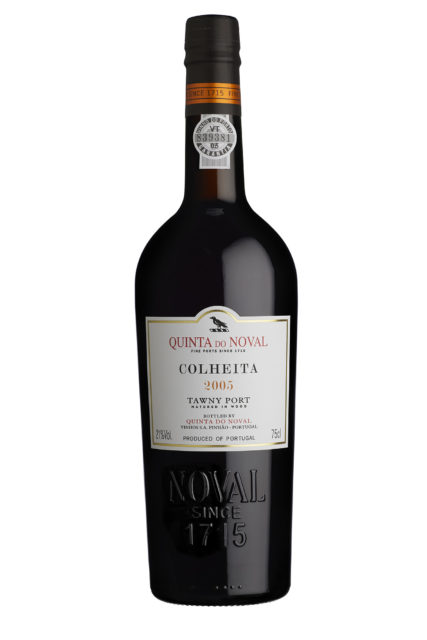 Port producer Quinta do Noval has released its fifth colheita in 25 years, the 2005. The release represents half of the stock laid down for the colheita, as after 13 years in barrel the wine was showing “magnificently”, according to the estate. The other half is being kept in barrel a little longer for future bottlings.

Technical director Carlos Agrellos said: “The Colheita 2005 has a complex nose that combines nuttiness with elegant fruit. It has a silky texture with a soft tannic backbone. Some exotic flavours and caramel on the palate provide a lingering finish.” 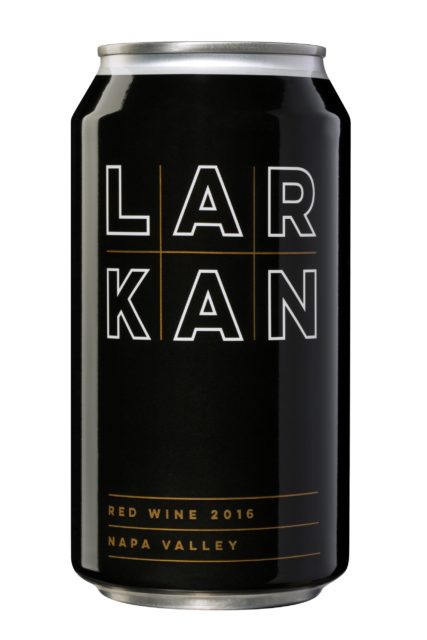 Larkin Wines, based in Napa Valley, has launched what it claims is the first super-premium canned wine range to hit the UK market. Aimed at speciality food and drink retailers and event caterers, the range includes a white blend (Sauvignon Blanc, Viognier, Rousanne), a Merlot, and a rosé made from Pinot Noir. “I researched alternatively packaged wines on the market, and realised there was no offer in the super-premium category,” said owner and winemaker Sean Larkin. “It was clear that putting top-notch Napa Valley wine in a beer can might be divisive, and certainly a little crazy, but there is significant market potential.”

Barton & Guestier’s 2018 Côtes de Provence Rosé, housed in a unique tailor-made bottle with a Vinolok glass closure, launched at ProWein last month. The rosé is made from Grenache, Cinsault and Syrah in Vidauban, close to Saint Tropez.

Of its latest release, Laurent Prada, B&G’s winemaker, said: “With its seductive and delicate nose with ripe red berry and white flower hints, our Côtes de Provence rosé is an explosion of fruits on the palate with a nice refreshing finish. It is a true jewel.” The wine is being marketed under the banner of ‘Love Letters from Provence’, with activation on social media due to accompany the launch. 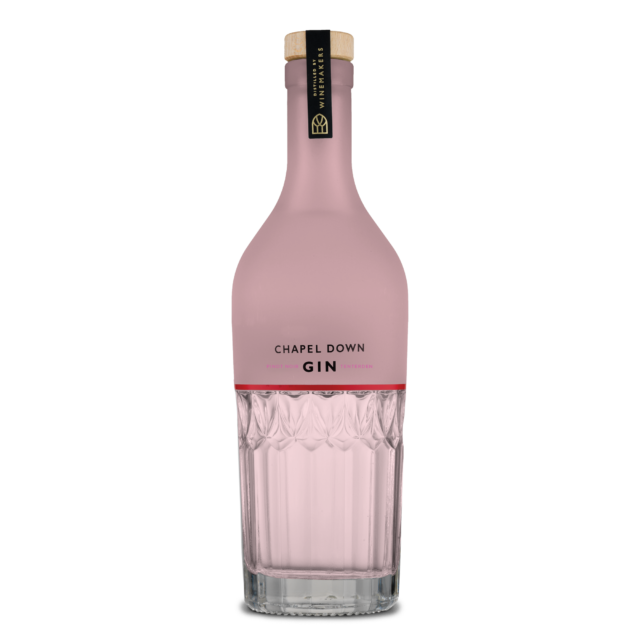 English drinks producer Chapel Down has launched a pink gin made with Pinot Noir grape distillate, which it claims is the world’s first gin to be made using the grape variety. Housed in a rose coloured bottle, the Pinot Noir Gin follows the same formula as the producer’s previous releases – Bacchus Gin and Chardonnay Vodka – that were unveiled in November 2017.

It is produced using grape skins leftover from wine production, with the grape distillate blended with English wheat spirit. Available for an exclusive launch period in Selfridges, and direct from the Chapel Down website, the gin joins a limited-edition spirit range called The Spirit of Chapel Down.

Hoping to capitalise on the growing popularity of the white Port and tonic, Kopke has released a Very Old Dry White Port priced at £290 a bottle. The white Port is a blend of very old and rare wines from the last century, aged in 300-litre casks for at least 50 years.

According to its makers, Kopke Very Old Dry White has “intense and complex aromas of spice, dried fruit, yellow stone fruits and delicate notes of citrus”. Vibrant yellow in colour and dry on the palate, the Port boasts a “concentrated, rich and velvety mouthfeel”, rounding off with “an incredible delicate finish”. Just 350 bottles will be available through UK importer Hayward Bros.

Australia’s McGuigan Wines has released a 2018 vintage of its Bin 9000 Semillon into UK retailer Sainsbury’s. The wine is made in Hunter Valley, New South Wales – a key area for Semillon.

Of its latest release, chief winemaker, Neil McGuigan said: “It is the Hunter Valley’s signature varietal and is deserving of its place among the world’s greatest wines.” He described the 2018 vintage Semillon as being full of delicate lime and Pink Lady apple flavours, with crisp acidity with a long finish.

Pol Roger has released its 2012 Blanc de Blancs, made from 100% Chardonnay sourced from the grands crus of the Côte des Blancs: Oiry, Chouilly, Cramant, Avize and Oger. In 2012, warm weather in late March led to advanced budbreak, followed by rain, mild weather and frost in April and May, with some vineyards hit by hail, owing to variation in the development of grapes.

However, hot and sunny weather from late July to September ensured ideal maturity. On the nose, “notes of dried fruits and hazelnut, with touches of citrus and exotic fruits, lead to aromas of peach and apricot”. On the palate, “notes of citrus are underpinned by a bright acidity”.

This 100% Grenache is made from grapes grown at the Rossi Ranch in Sonoma Valley, which is owned by Sandy Otellini and farmed by Phil Coturri. “Burgundian” in character and certified organic, fermentation takes place in open top tanks with just enough stems to produce “elegant tannins”.

The resulting wine is said to exude aromas of wild strawberry laced with thyme and wet stone, demonstrating “grip and amplitude”. ‘Suzuri’ describes the Japanese-inspired ink prints that appear on the Gallica label – an essential tool of ancient calligraphy.

Pol Roger has released a 2012 Brut Vintage, made from a blend of 60% Pinot Noir and 40% Chardonnay grown at 20 grands and premiers crus vineyards in the Montagne de Reims and the Côte des Blancs. The cuvée opens with aromas of “white peach, which develop into notes of rich dried fruit, flowers, gingerbread and mild, toasted sweet spice”, states Pol Roger’s tasting note, which adds: “Finely balanced on the palate with good weight of Pinot fruit and a complex structure and terrific length. Still young, stylish and discreet, the 2012 has great ageing potential.” The 2012 Brut was aged for seven years before being disgorged and released. 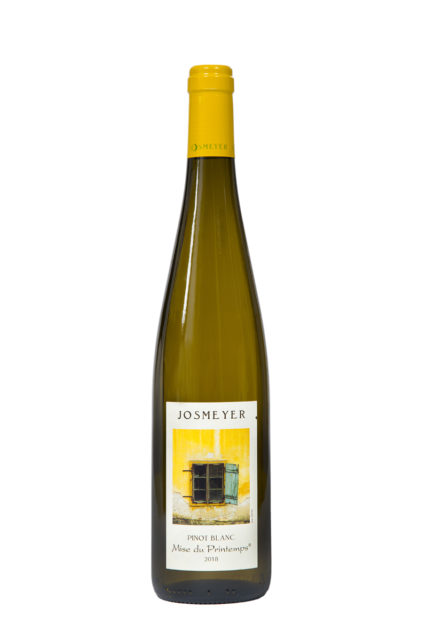 From the AOC Alsace comes a new release from Josmeyer – the 100% Pinot Blanc Mise du Printemps 2018, made from 35-year-old vines grown between Wintzenheim and Turckheim, which benefit from flat alluvian deposits rich in clay.

The soil is mostly sand, shingle and silt with pebbles and loess. Grapes were hand picked and whole-bunch pressed, gently, in pneumatic presses over 5-8 hours to give a clean must and a beneficial amount of skin contact. Transferred to stainless steel tanks, the juice was fermented using natural yeast, resulting in a 12% ABV wine. 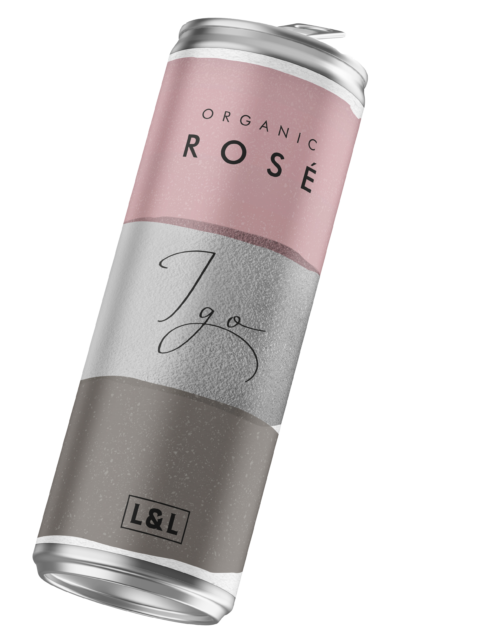 Tapping into a growing trend for canned wines, Pol Roger Ltd. has added a rosé example to its portfolio, which has been produced, distributed and designed exclusively for the UK market. The agency house worked with Lacalle & Laorden (L&L), (the surnames of the children of Juan Carlos López de Lacalle – Carlos, Marian and Patricia – current owner of Bodegas Artadi) to produce this 100% organic, Grenache rosé from Navarra, which offers bright notes of raspberry and pomegranate.

Packaging was designed with Barlow & Co. The can’s recycled paper outer has three stripes of colour, representing each of the three siblings involved.