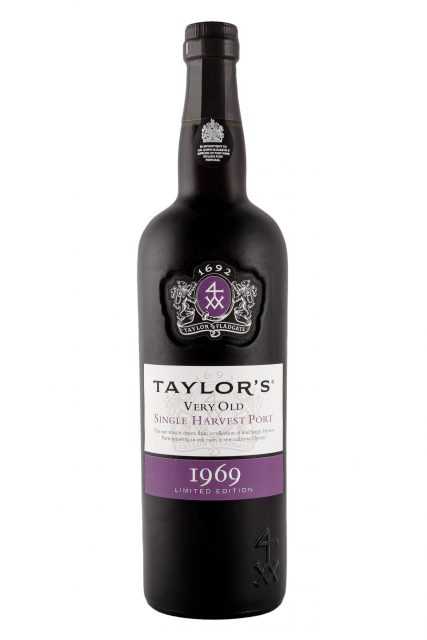 Taylor’s has announced the release of the 1969 Single Harvest 50-year-old tawny Port, the latest in its range of limited-edition Ports. The 1969 is the sixth release so far in the Single Harvest series. The 1969 vintage had one of the highest winter rainfalls on record, followed by a hot July and August but the cool start to the summer meant harvesting did not start until early October.

Aged for 50 years in oak casks at Taylor’s lodge in Gaia, the wine is described as having a “deep mahogany” colour, “wild honey” and “cigar box aromas” on the nose, with “molasses, dried figs, sultanas and apricot confit” on the palate. 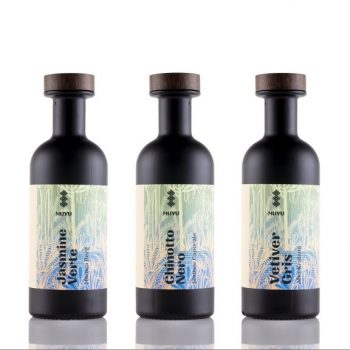 Three bartenders, two of whom were the brains behind London’s Artesian bar, voted ‘World’s Best’ for four years running, have launched a liqueur brand that aims to redefine the category for the modern bartender.

Muyu, launched by Alex Kratena, Monica Berg and Simone Caporale, is a range of three liqueurs made with natural ingredients inspired by the Amazon rainforest. The trio have each designed one of the Muyu liqueurs – Jasmine Verte (Berg), Chinotto Nero (Caporale) and Vetiver Gris (Kratena) working closely with De Kuyper Royal Distillers. 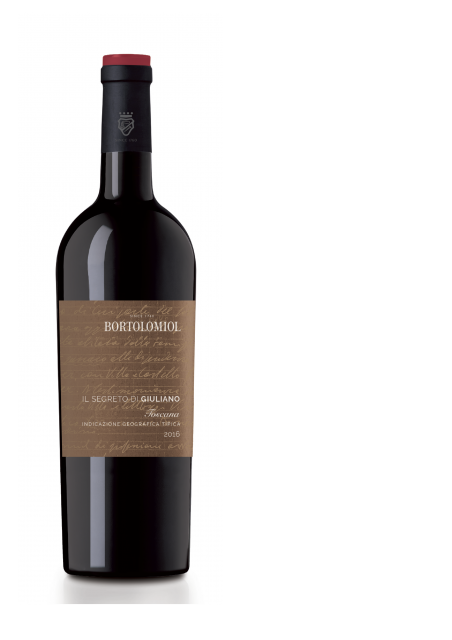 For the first time, historic Prosecco Superiore producer Bortolomiol has expanded into ‘big reds’, investing in a vineyard in Montalcino, resulting in the release of Segreto di Giuliano – a 100% Sangiovese. Just 2,675 bottles from the 2016 vintage have been produced, crafted by winemaker Roberto Cipresso.

“We are in the presence of a world-beater, a Sangiovese endowed with freshness and possessing an unmistakable balsamic note, which is accompanied by aromas of tobacco and refined sweet spices. The potential for ageing is considerable,” Cipresso said.

The Cotswolds Distillery is set to release a limited run of its single malt English whisky in homage to the 691st Lord Mayor of the City of London, Peter Estlin. Named Lord Mayor’s Reserve, the cask has been created to raise money for the Lord Mayor’s Appeal – a charity that aims to make London more inclusive.

The whisky is a blend from Estlin’s private reserves of whisky aged in ex-Bourbon, red wine and Pedro Ximénez casks. The 46% ABV single malt offers notes of Seville orange, cinnamon, hazelnut and barley sugar on the nose, with a dry, nutty finish and lingering oak spice on the palate. The whisky is available from the distillery website.

Chile’s Emiliana, which claims to be the world’s largest organic winery, has revamped its Adobe range, adding an image of a crowing rooster to the label. The aim of the rebrand was to further strengthen the winery’s association with “organics and quality”.

Emiliana will release its white wines with the new labels from the 2018 vintage in August, while its 2017 red wines will be rolled out in August and September. The Adobe range includes a Cabernet Sauvignon, Carmenère, Merlot, Syrah, Malbec, a rosé made from Cabernet Sauvignon and Syrah, a Chardonnay, Sauvignon Blanc, Gewürztraminer, Viognier and a Pinot Noir. 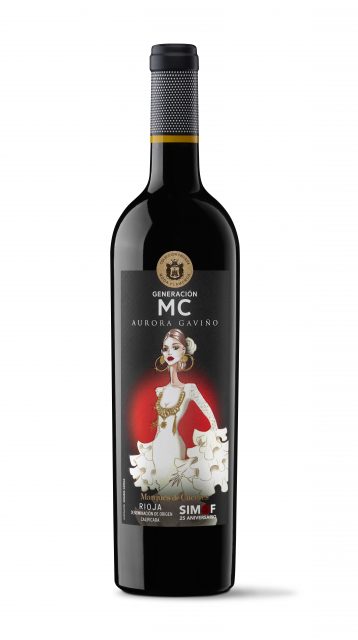 Rioja producer Marqués de Cáceres has released the latest edition of its Generación MC, unveiling the new label design at wine and flamenco festival Salon Internacional de la Moda Flamenca in Seville. Generación MC is only made in the best vintages with a special label commissioned by the winery each year.

This year’s label was designed by Virginia Vargas, a flamenco-fashion expert. The 2016 edition is made with 100% Tempranillo from 65- to 90-year-old vines. Grapes are harvested by hand and undergo a slow fermentation with a proportion of whole bunches before being aged in new French oak barrels for 15 months and in bottle for six. 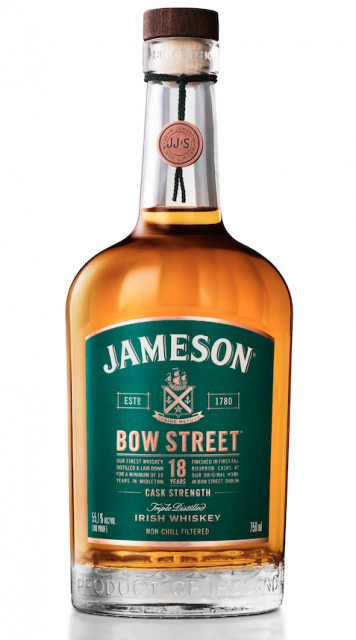 The second batch of Jameson’s Bow Street 18 Years Cask Strength Irish whiskey has been released, following the release of the first batch last year. It is the only cask-strength Jameson to be available globally, and is finished in Dublin’s only live maturation house in the Jameson Distillery Bow Street.

The whiskey is a blend of pot still and grain whiskeys distilled in the late 1990s and aged for 18 years in both ex-Bourbon and Sherry casks. These whiskeys are then married together and filled into first-fill ex-Bourbon American oak casks for a final six to 12 months. 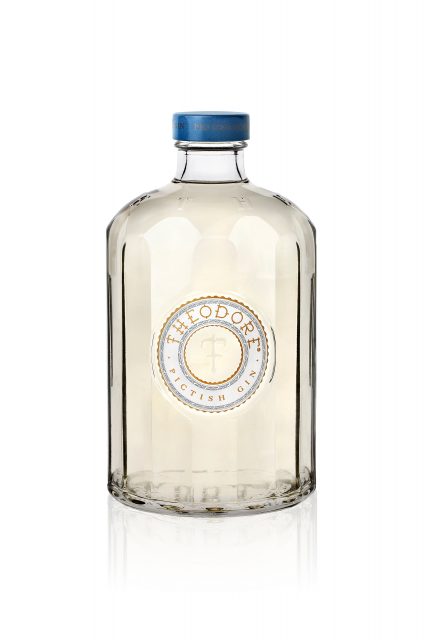 Greenwood Distillers has launched Theodore, a Scottish gin inspired by the spirit of the Picts, an ancient tribe that once settled near the brand’s home in Ardross in the Northern Highlands. Created with the help of perfume designer Barnabé Fillion, the gin is made from 16 botanicals distilled using a charentais still and a rotovap. 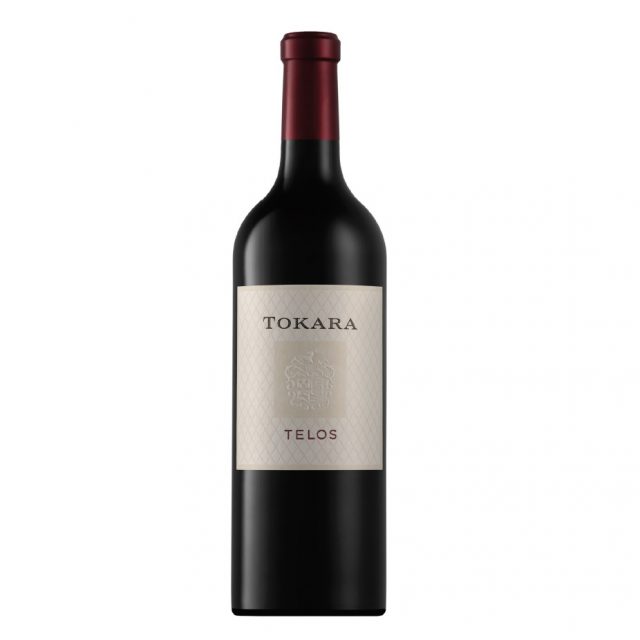 Stellenbosch estate Tokara has announced the release of a flagship red wine that is the culmination of almost two decades of work, and costs more than £200 a bottle. The new top blend from the estate is called ‘Telos’ and the first vintage to be released is the 2015.

A blend of 92% Cabernet Sauvignon, 5% Malbec and 3% Merlot, all the grapes are harvested by hand block by block in a carefully managed series of phases. There is rigorous sorting and a mix of whole and crushed berries are then fermented with indigenous yeasts, basket pressed and only then is free-run juice collected and matured in barrel for 22 months before bottling. 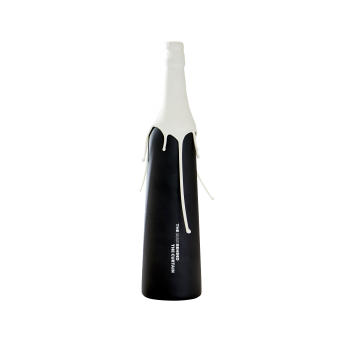 As premiumisation continues to drive product launches in the spirits sector, a Yorkshire-based gin distillery has started selling a caviar-infused gin. Slingsby has collaborated with the team at Leeds-based Michelin-starred restaurant The Man Behind the Curtain to create the serve, which is infused with botanicals grown in Harrogate, as well as more unusual ingredients including plankton and Exmoor caviar.

Described as “savoury, unique and deliciously bold”, the gin will be served at The Man behind The curtain with Lillet Blanc as an extravagant twist on a classic Martini, and also as a semifreddo with lemon. 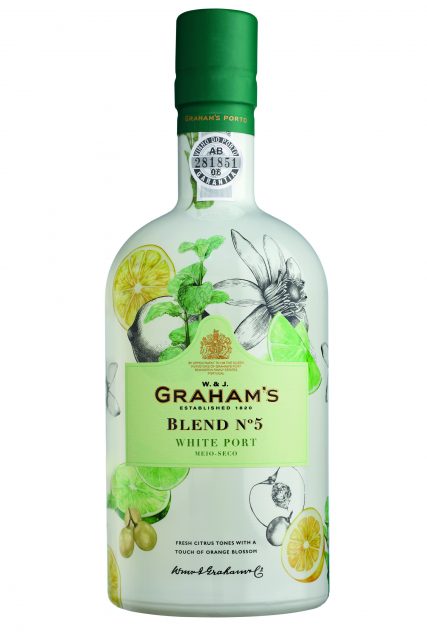 Graham’s Port has announced it is launching a special-edition white Port label to “engage with new consumers” as the popularity of Port and tonic grows in the UK. Named ‘Graham’s Blend N°5 White Port’, the release is in response to a surge in popularity of the white Port and tonic serve – sales rose by a reported 161% between 2012 and 2017.

The Graham’s white Port is a blend of Malvasia Fina and Moscatel Gallega, the former for its freshness, the latter for its aromatics. Hand picked and cold fermented in small batches, the wine is medium dry and bottled three months after the harvest. Just 6,000 bottles, for now, will be available in the UK.

Playboy has launched a branded red wine in partnership with US retailer Lot18 to mark its 65th year – a milestone that was reached in 2018. The Playboy California Red Wine is a red blend described as “robust and intriguing” with “ripe, luscious flavours of cherry and dark fruits laced with vanilla and spice” on the palate, with “well-integrated toasted oak nuances on the finish”.

The 13.9% ABV wine features a label depicting the iconic Playboy Bunny costume, created by Playboy illustrator and designer Katie Bailie. Men’s lifestyle magazine Playboy was founded in Chicago in 1953 by the late Hugh Heffner, who died in September 2017.

Treasury Wine Estates is bringing a new wine range to the UK aimed at 18-35 year olds and inspired by the trailblazing females of the 20th century. Described as “bold, unapologetic and disruptive”, Embrazen comprises two wines; a red blend and a Chardonnay.

Each label features augmented reality technology that tells the stories of investigative journalist Nellie Bly and aviator Amy Johnson. “Embrazen puts a spotlight on women who have refused to let boundaries prevent them from shaping the world and has been developed to change the way wine talks to consumers,” says Kirstie McCosh, marketing director, Europe for TWE.

As demand for flavoured rums grows, Bacardí has launched a spiced variant made with golden rum mellowed in charred American oak and infused with natural flavours and spices. “The decision to introduce a spiced blend into our rum portfolio was a natural one as consumers have shown the demand is there,” says Tine Van Nevel, Bacardí brand director for Europe.

“We’re confident Bacardí Spiced will satisfy the taste buds of long-time spiced rum drinkers, as well as converting some new fans with its unique combination of spices and flavours.” 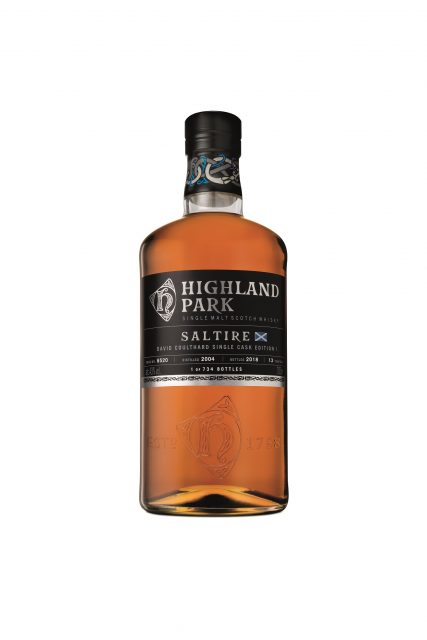 Former Formula 1 racing driver David Coulthard has teamed up with Highland Park to launch a range of special-edition whiskies, including a limited, hand-signed single cask expression, in support of charities in Scotland.