The Society for Independent Brewers (SIBA) has criticised UK self-regulatory alcohol body The Portman Group over revised guidelines that recommend a single serving of craft beer should not contain more than four units of alcohol. 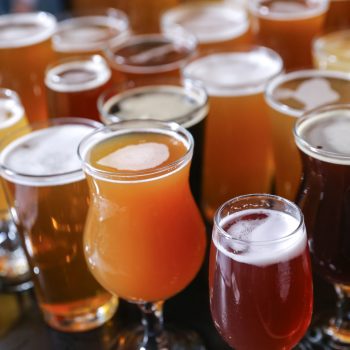 Last week The Portman Group launched the sixth edition of its Code of Practice on the naming, packaging and promotion of alcoholic drinks following a consultation to keep it “fit-for-purpose and responsive to changes in industry and society”.

Key changes include guidelines stating that a drink’s name, packaging and any promotional material or activity should not cause “serious or widespread offence”, with producers required to take into consideration race, religion, gender, sexual orientation, disability and age on packaging or promotional material.

Jaega Wise, head brewer at the Wild Card Brewery in Walthamstow, London, called this an important change that would “make a big difference to how beer in particular is marketed especially with regards to women”.

However the most controversial change was the addition of a new unit-based definition for immoderate consumption relating to single-serve, non-resealable containers, which The Portman Group now says should not contain more than four units.

This follows the change to weekly drinking guidelines by the UK’s Chief Medical Officer (CMO), which now stand at no more than 14 units per week for both men and women.

The Portman Group says the new advice will help to establish a “new and credible definition for assessing complaints about irresponsible sampling promotions or packaging such as single-serve, non-resealable containers”.

However SIBA has slammed the change, claiming that it will cause significant damage to the market for specialty beers like Imperial Stouts, Porters and IPAs, many of which contain higher ABVS and therefore more than four units per serving, but can be priced at £8 or higher a serve.

While SIBA has said that much of the updated code is “sensible”, new guidance on ‘immoderate consumption’ could be very damaging for independent craft brewers.

“Nnew guidance on the ‘immoderate consumption’ rule threatens new, innovative specialty beer styles like Imperial Stouts, Porters, IPA’s and British interpretations of traditional strong Belgian styles – many of which are now being packaged in large cans designed for sharing and sold at a premium price point. SIBA is disappointed that the Portman Group are pressing ahead to introduce new guidance which says that ‘single-serve’, non-resealable containers shouldn’t contain more than 4 units of alcohol,” said Mike Benner, chief executive of SIBA.

“SIBA, as the responsible trade association for British Independent Craft Brewers understands that some products like super strong, super cheap lagers and ciders are abused by some members of society. We recognise this is a problem that causes massive harm to families, individuals and communities and costs the NHS millions of pounds every year. More needs to be done. But SIBA does not believe this new guidance from the Portman Group will address the problem it seeks to change – preventing ‘immoderate consumption’.”

SIBA argues that while an 8% ABV ‘white’ cider in a 440ml containing 3.7 units of alcohol could be sold as low as £1.00 would be permitted under the code, a Hazelnut Imperial Stout at 9% ABV, also sold in 440ml cans but containing 4 units of alcohol and costing £8 and upwards could be caught out by the new code” and unfairly withdrawn from sale.

SIBA argues that it is in fact the first example that encourages immoderate consumption, not the second.

Benner added: “When you consider an average bottle of wine at 14% ABV contains 10 units of alcohol and a small bottle of spirits contains 14 units at 40% ABV then why target craft beers of only 4 units? As we know, beers like Imperial Stouts and IPAs may have stronger ABVs than a ‘regular’ beer, but the strength is an integral component of their flavour and the style. Our research shows that the intention from the brewer – that they are savoured, enjoyed slowly and shared is matched by what consumers actually do. Their price point is radically different.’”

Benner added that it had “significant concerns” about the impact of this change upon craft brewers, and would be seeking an urgent meeting with The Portman Group to discuss the changes.

The updated Code of Practice, which applies to all alcohol promoted or marketed by producers in the UK and joint promotions with on- and off-trade retailers, will come into force in September 2019, giving producers and marketers six months to prepare for the changes.